90 Day Fiance Star Larissa’s SECOND Arrest for Domestic Violence Is Uncovered and It Was Filmed by TLC, Plus She’s Released from Jail 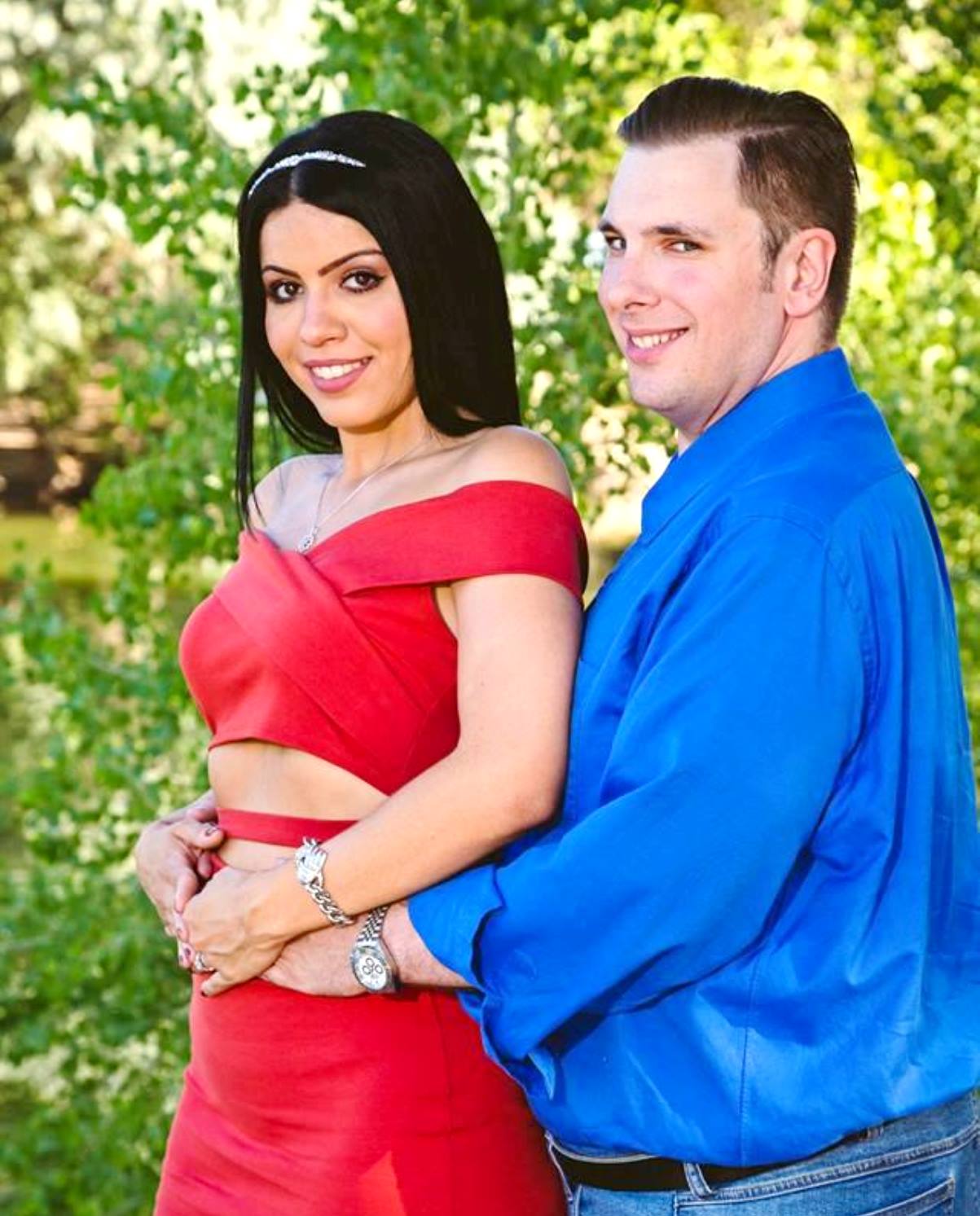 90 Day Fiance fans were stunned this weekend after news broke of Larissa Dos Santos Lima‘s arrest for domestic violence against her husband Colt Johnson. Fast forward to today, and it turns out this weekend’s arrest isn’t Larissa’s first since her arrival to the United States.

After getting a tip from 90 Day Fiance blogger Keith Brooks, we uncovered records which show the 32-yr-old reality star had been arrested once before, back on June 19, 2018 in Las Vegas, Nevada for domestic battery in the 1st degree. Similar to her latest arrest, Larissa’s bail was also set at $3,000 at the time of her arrest.

Records show Larissa was ultimately released from jail the very next day on June 20.

Even more, it appears this first arrest or at least the aftermath was captured by the TLC network and will be a part of Colt and Larissa’s storyline this season. How do we know this? Well, the court records show a media request coverage was filed and granted to a company called Sharp Entertainment back in July. It just so happens that Sharp Entertainment is the same production company that produces 90 Day Fiance.

A screenshot of that arrest record is below. You can click on the image to enlarge it. 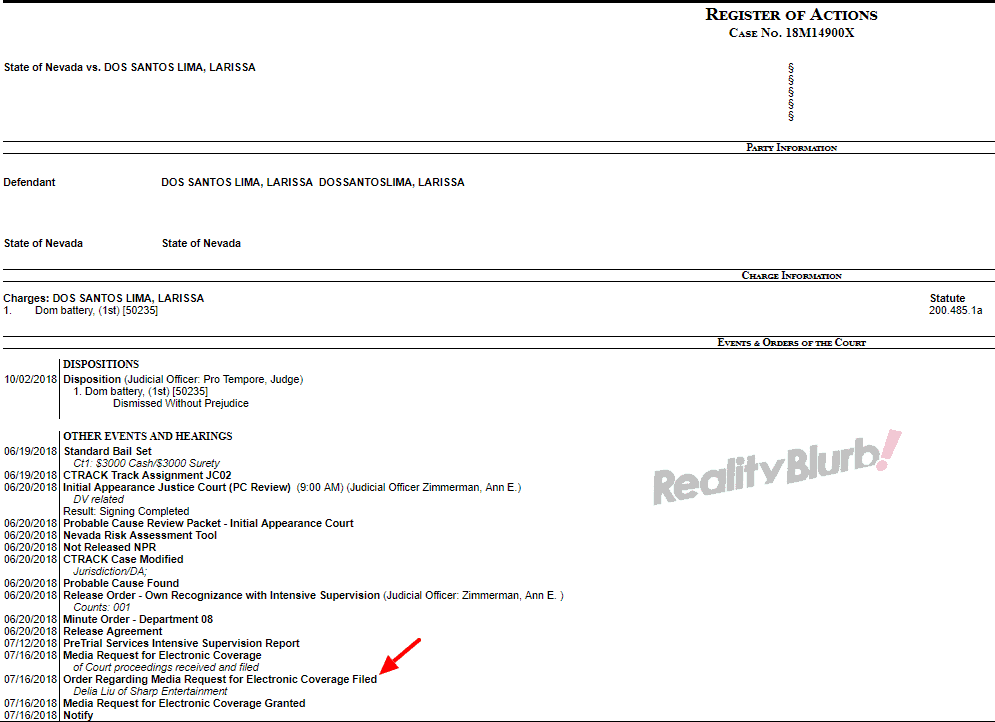 You can click on the image to enlarge it

Ultimately, Larissa’s first domestic violence case was dismissed without prejudice on October 2. It is currently unknown how this latest arrest might affect her immigration status.

The drama with the TLC couple started on Saturday after Larissa took to her Instagram page to plead for help, asking her fans to call 911 as she revealed Colt had taken her phone away from her following a major fight, and trashed their home.

After Larissa’s arrest, Colt told his side of the story in a new deleted Instagram post, stating no one got violent and that Larissa’s anxiety simply got the best of her following their fight. Surprisingly, he admitted to taking Larissa’s phone away from her.

As for Larissa, court records show she is currently out of jail after making bond on November 11.  Her next court date is currently scheduled for December 11.

Colt’s mom Debbie Johnson also broke her silence on Larissa’s arrest over the weekend, as she blamed fans for escalating the domestic dispute.

“Thank you we’re okay. Larissa suffers from depression and very bad anxiety. She works herself up to an emotional breakdown. My son usually takes care of it but a few of you decided to get the police involved and they took her to jail. What wonder fans she has,” wrote Debbie on November 10.

Debbie was en route to appear on the 90 Day Fiance live after-show this weekend when Larissa got arrested. She did not address the criminal matter during her appearance on TLC last night.