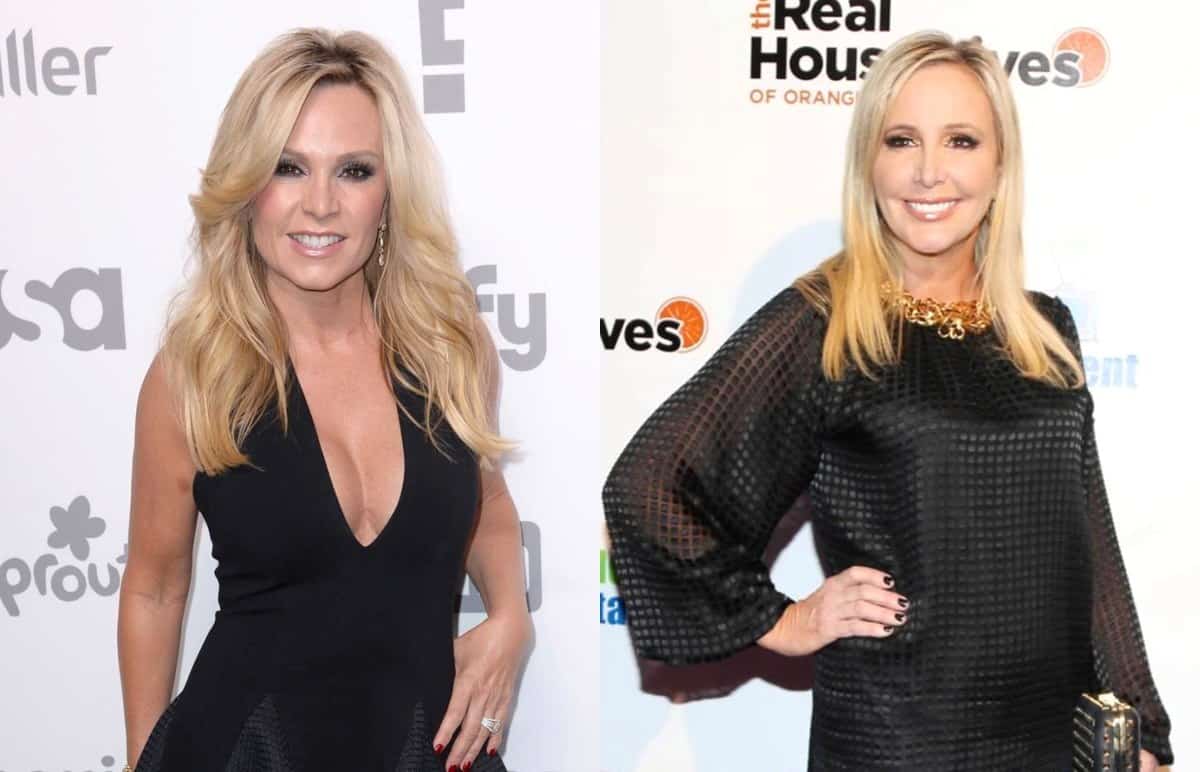 Following last Monday’s episode of The Real Housewives of Orange County, which proved Tamra had been talking trash about Shannon and her mental health to their co-stars, including Gina Kirschenheiter and Kelly Dodd, a source claims Shannon is totally done with Tamra.

“Shannon and Tamra are so codependent on each other and Tamra knows that she really f****d up this time,” a show insider explained to Radar Online. There was “no denying what Tamra did wrong.”

According to the report, Shannon has been sharing tons of photos on her social media page of herself and her friends, none of which include Tamra. Meanwhile, rumors continue to swirl in regard to the alleged end of Shannon and Tamra’s friendship.

While Tamra has admitted to discussing Shannon behind her back to their co-stars, she’s insisted that her comments were made from a place of concern.

“Tamra may have stirred the pot to get everyone concerned, but Shannon definitely supplies the ingredients,” the source said. “Shannon does whatever she has to do to stay on the show and loves the drama or she wouldn’t put herself through it. She learned it from Tamra.”

In response to the ongoing reports of a falling out, Tamra is insisting she and Shannon are still friends.

After a fan mentioned a report which claimed Shannon and Tamra were no longer talking, Tamra fired back at the allegations, insisting they were “total bulls**t.”

“Omg it’s total bulls**t,” she said on Instagram. “Don’t believe anything you read from these stupid gossip blogs.” 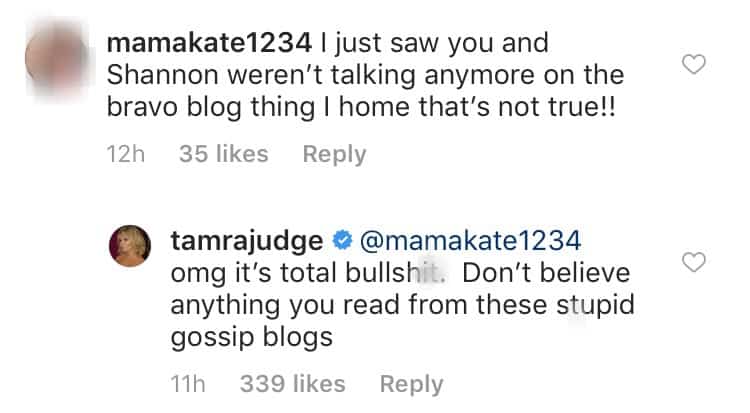 However, there is some truth to this as Tamra recently admitted that Shannon stopped speaking to her after the Jamaica episodes first began airing.

And then after last week’s episode, Shannon shared a cryptic post about people stirring the pot and Tamra believed Shannon was referring to her as she responded to Shannon’s post by putting the blame on their co-stars regarding their feud.

“Love you my friend. We were good. No I should have not talked about my frustrations. But I’m pretty sure Gina & Kelly called you mental,” Tamra replied to Shannon. 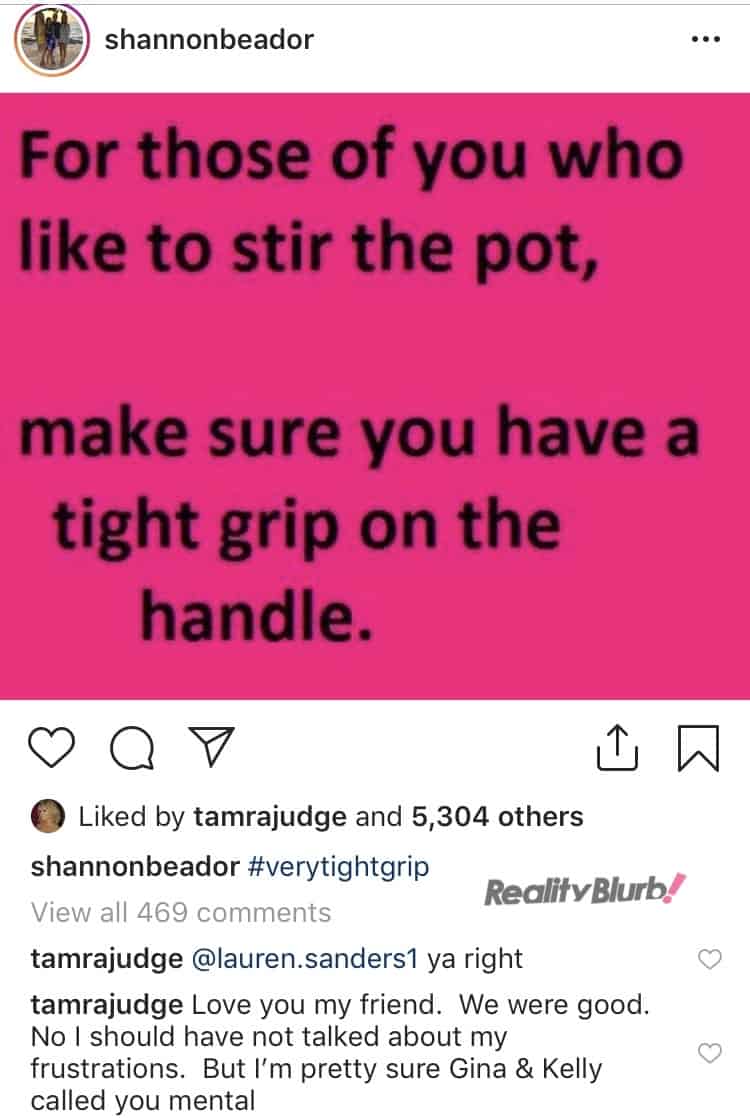