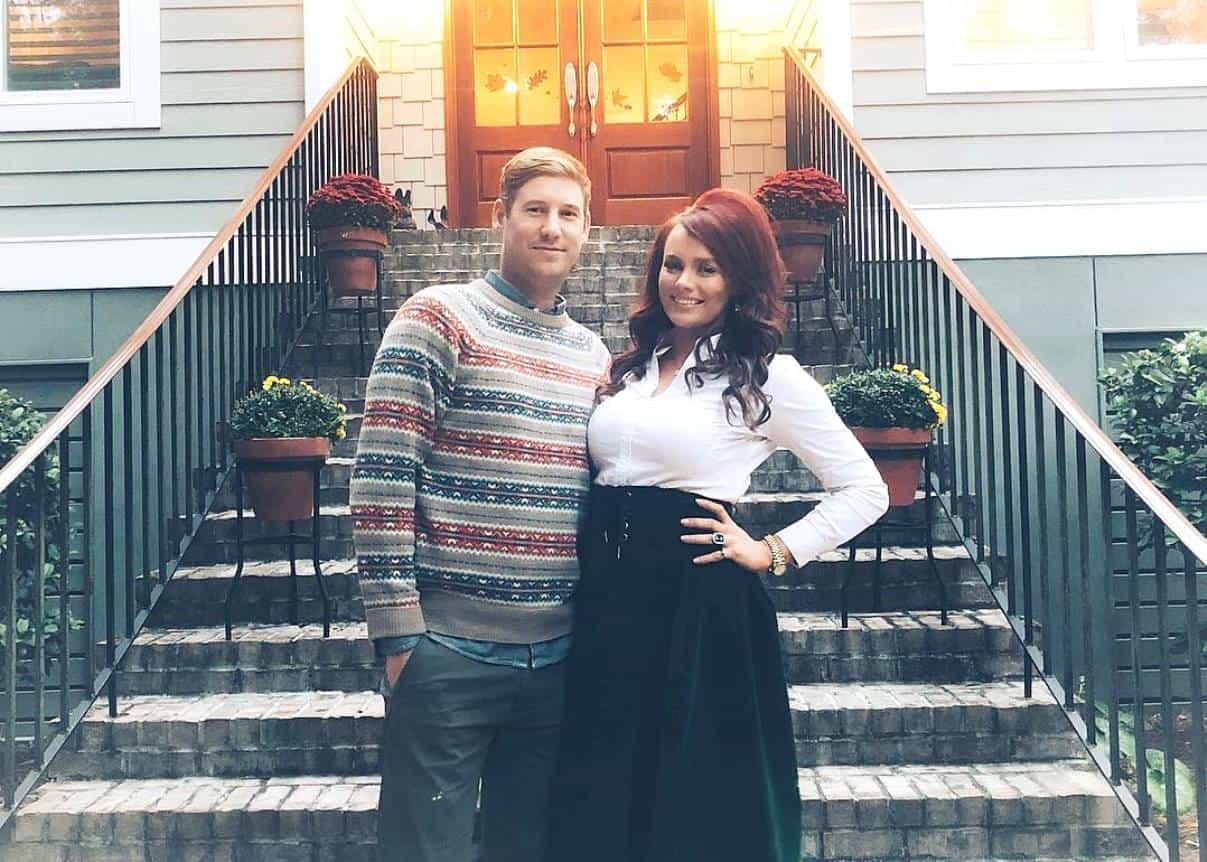 In today’s stunning news, is there a new Southern Charm couple on the block?

Moments after Kathryn Dennis shared a rather cozy photo with her castmate Austen Kroll, along with a rather suggestive caption, fans of the show are wondering if the two are dating! Also, Kathryn is responding to claims that she might be pregnant.

Kathryn, 27, took to her Instagram page on Thursday to share a picture with Austen, 31, of the two posing together in front of a doorstep.

It was however the caption that pointed to the fact that these two might be a couple! Along with the pic, Kathryn wrote, “Happy Thanksgiving y’all! Christmas cards comin’ soon ? @krollthewarriorking #astheworldturns.” 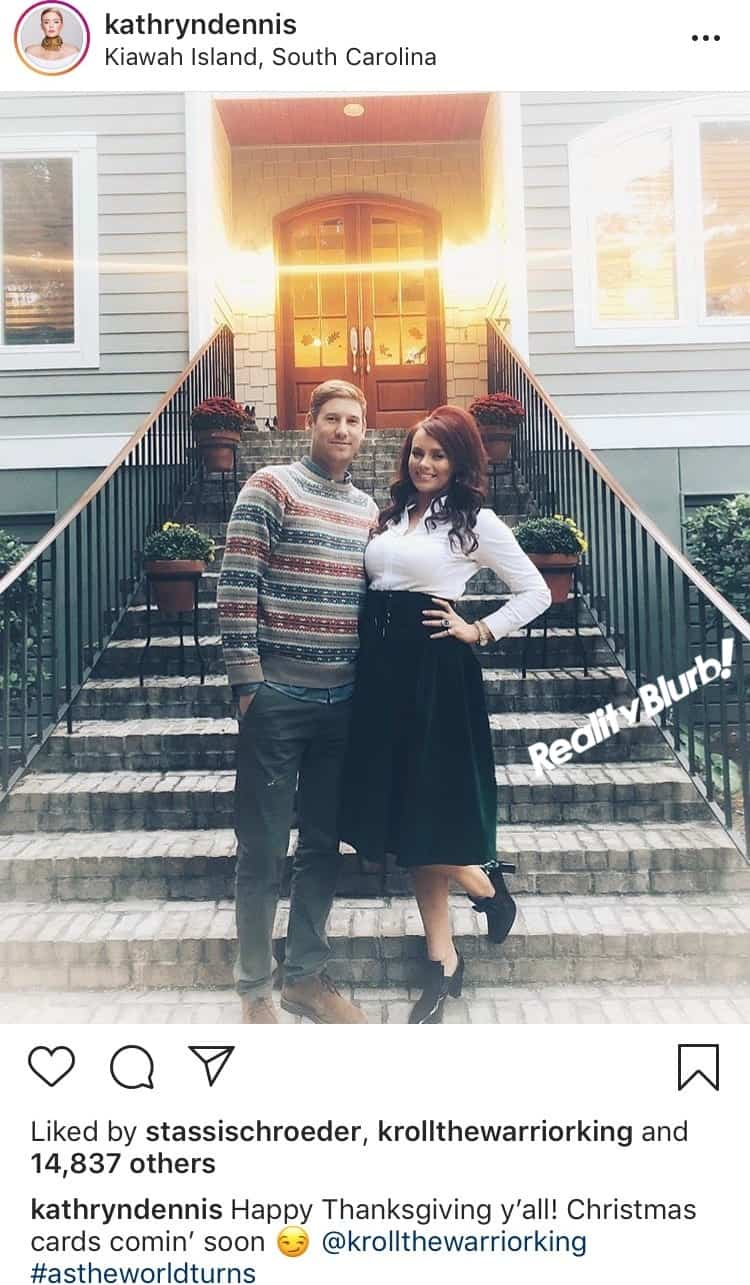 And then on Austen’s Instagram page, he also shared a short clip of Kathryn playing golf with his family on Thanksgiving day. Screenshots of that post are below. 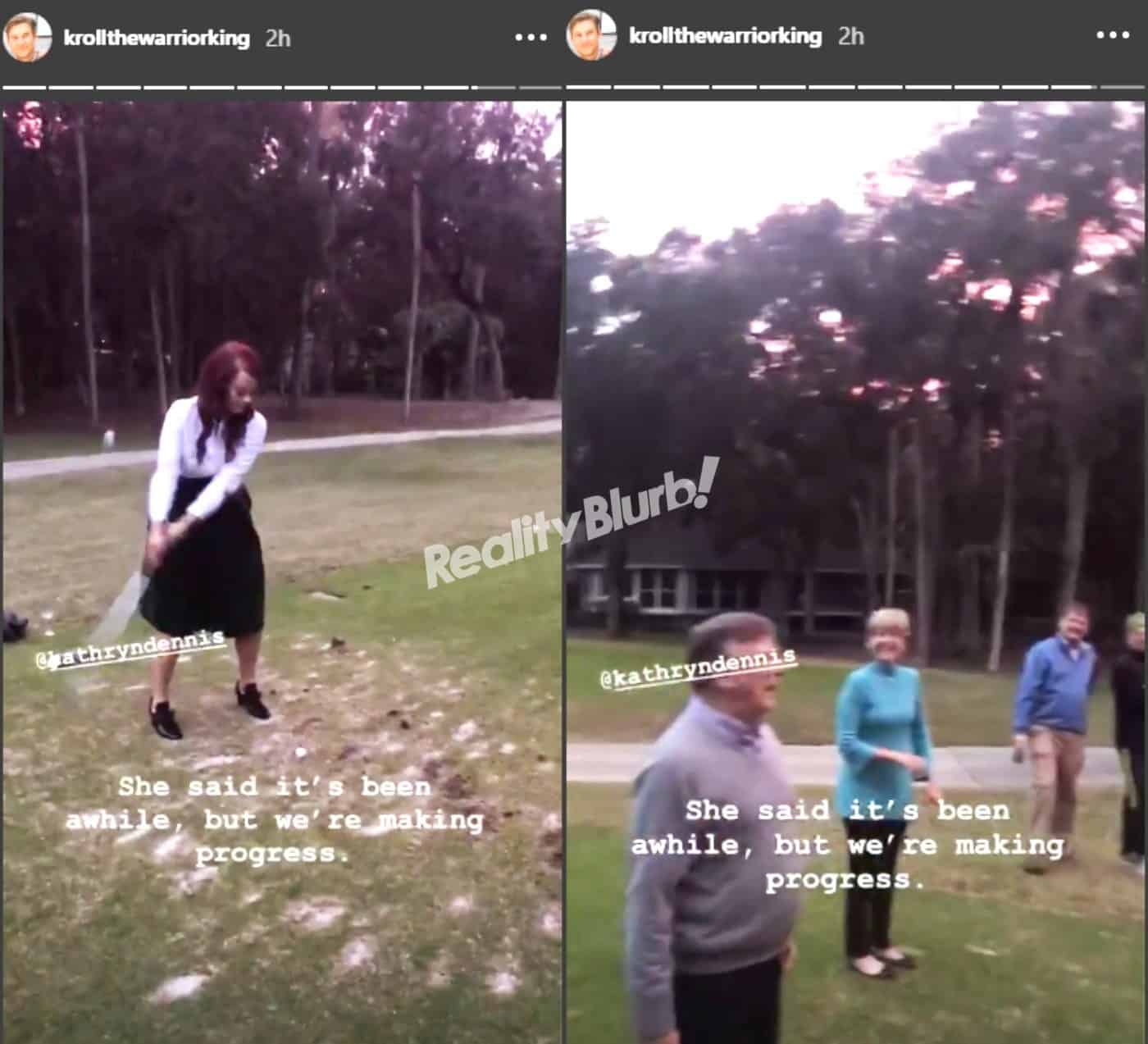 So, what gives? Are these two dating? Or is this simply a late April Fools’ joke? Whatever the case, it appears fans will have to wait until the next season of Southern Charm to find out what’s really going on as the two are not responding to questions about their relationship status.

Kathryn did however respond to a curious fan who wanted to know if the mom of two was pregnant again.

“Someone looks prego,” wrote the fan under Kathryn’s post.

“No I have just gained weight,” responded Kathryn.

This ‘maybe’ dating news comes following confirmation that Kathryn’s ex Thomas Ravenel will not be returning to Southern Charm next season. As reported, Thomas is currently taking the Bravo network to court in an attempt to prevent his kids with Kathryn from appearing on the show, amid their nasty custody battle.

The new season of Southern Charm is expected to air early next year.

TELL US – DO YOU THINK KATHRYN AND AUSTEN ARE DATING?