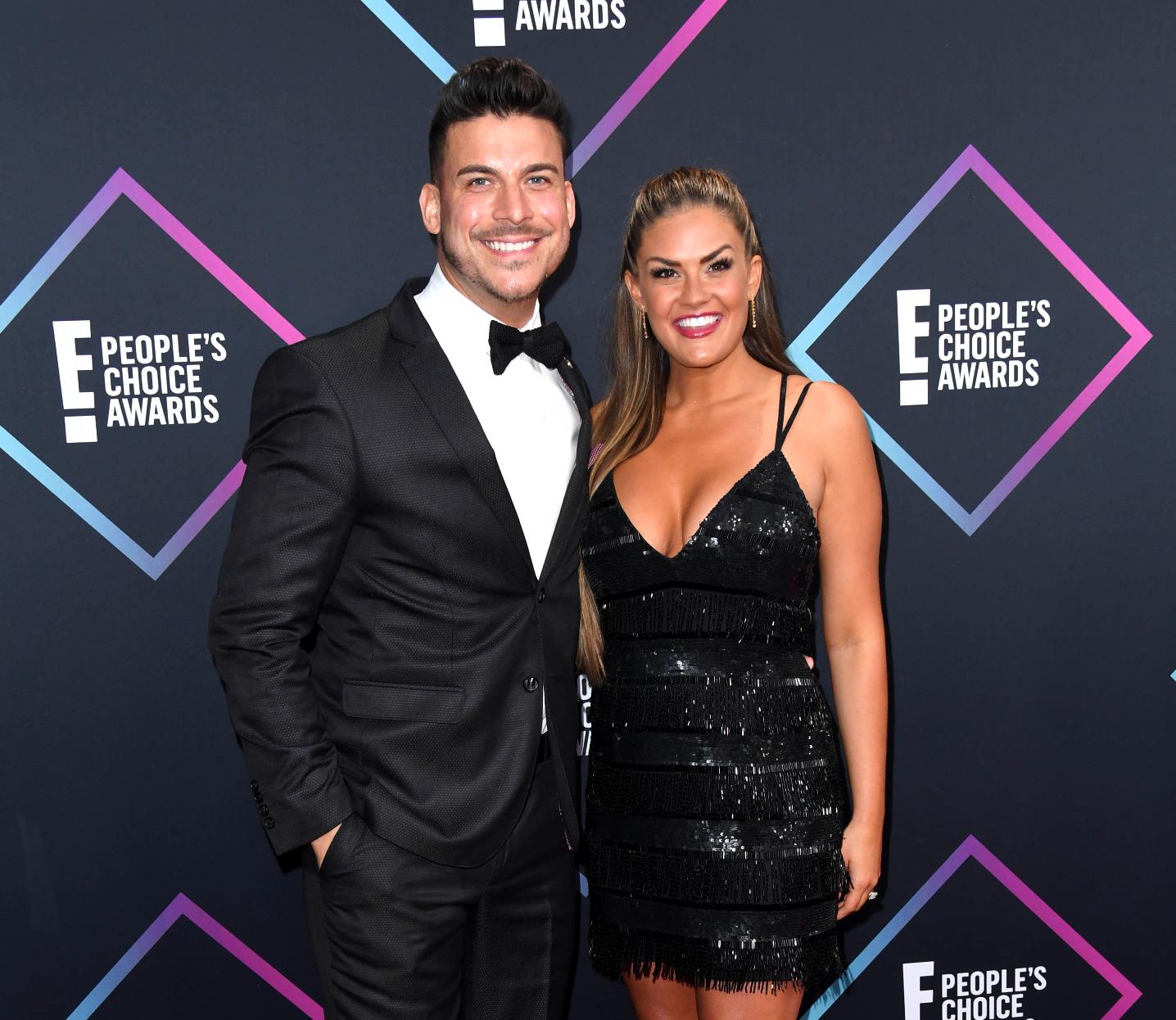 Are Vanderpump Rules couple Brittany Cartwright and Jax Taylor getting their own wedding spin-off on Bravo?

During a new joint interview, the engaged couple let it slip that they are, at the very least, in talks to have their wedding televised on their own series.

When asked about their plans for a bachelor and bachelorette party, Jax let it slip that only one of his bachelor parties (he’s having two) will be on-camera. Brittany then corrected him, stating that it’s not certain yet that their wedding festivities will be televised.

“Well, we’re hoping on-camera. We don’t know. We haven’t been picked up yet,” added Brittany.

While the couple has yet to announce their official wedding date, having their bachelor/bachelorette parties in January would point to a winter or spring wedding. And since Vanderpump Rules usually films during the summer months (filming on the latest season started in July), it’s hard to imagine they won’t be getting their own spin-off to  document their big day.

Additionally, as most fans of Pump Rules are aware, a wedding spin-off would not make the first for Brittany and Jax as they had another spin-off last year titled Jax And Brittany Take Kentucky.

While Brittany and Jax continue to move forward with plans for their wedding, Brittany, who got engaged to Jax this past June, is opening up about how she moved on from Jax’s fling with Faith Stowers and learned to trust him again.

“I see him every single day making efforts and he’s completely changed the way he treats me, the way he talks to me, the way he listens to me. Every single thing about our relationship is better,” Brittany revealed to Us Weekly. “I know how much he’s wanting the wedding and how much he’s wanting to marry me, how much effort he’s putting into the wedding, just as much as me. I don’t know, whenever you know somebody as well as I know Jax, you can just tell.”

According to Brittany, she’s “very big on forgiveness” but often struggles to forget about Jax’s past infidelity.

“It is hard, trust me, and there are still days, sometimes, when you can’t help but think of horrible things from the past,” Brittany explained. “But for the most part, we’ve moved mountains in this relationship. I feel like we’re almost starting over, but we’ve grown so much. He does things before I even ask him now. Even just helping around the house. I can just tell in our everyday lives that he’s changed.”