Lisa Vanderpump’s Daughter Pandora Claps Back at Tom Sandoval for Dissing Her On Vanderpump Rules, Plus Lisa Reacts 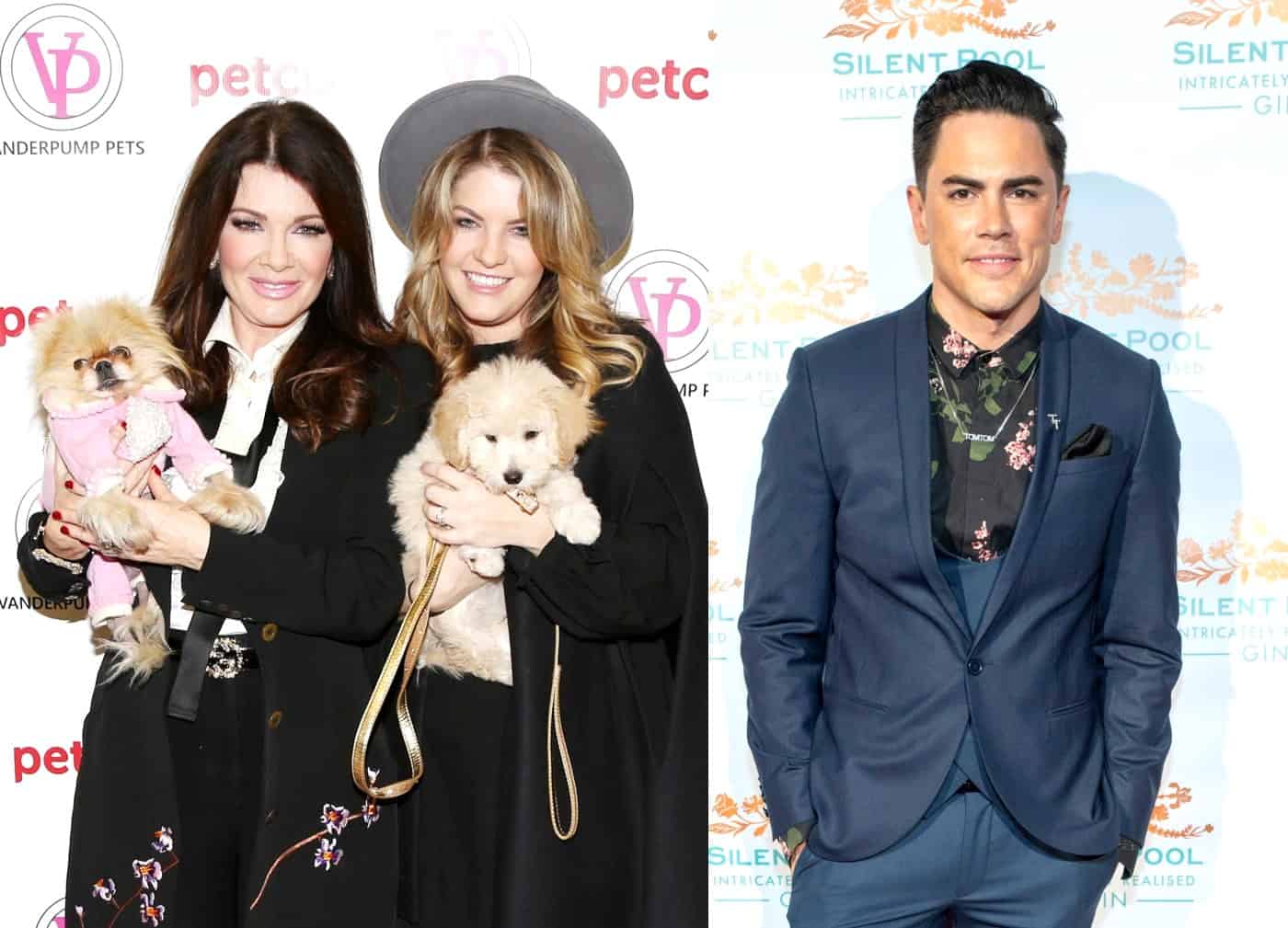 Pandora Sabo wasn’t too happy to hear what Tom Sandoval said about her during last week’s premiere episode of Vanderpump Rules season seven.

During last week’s episode of Vanderpump Rules, Sandoval and the other Tom, Tom Schwartz, met with Lisa Vanderpump and Ken Todd to discuss the cocktail menu of their new restaurant and bar, TomTom. Unfortunately, they quickly learned it was not them, but rather Lisa’s daughter Pandora who was put in charge of the cocktail menu, which they weren’t happy about.

Later on in the episode, as he and Schwartz left their meeting with Lisa and Ken, Sandoval threw shade at Pandora, stating: “I didn’t know Pandora is a mixologist now.”

Days after the episode aired, Pandora took to her Twitter page and fired back at the TomTom partner, confirming that despite Sandoval’s claims of her having no bartending experience, she is actually quite qualified to work in the industry.

“Oh, I haven’t bartended? That’s news to me,” she wrote. “I’m also a Certified Specialist of Wine, & spirits own a liquor company, and have created cocktails for over 15 magazines. Also, I worked alongside one of the best mixologists in the US. But keep making excuses!” 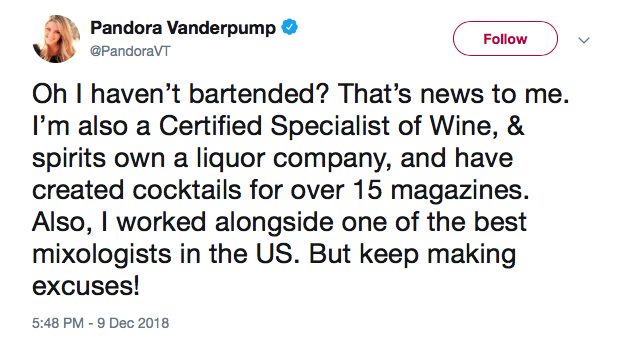 While Schwartz hasn’t commented on Twitter at all about Pandora’s comments, Sandoval shared a post days prior to her response and suggested it was she who got in the way of their cocktail list suggestions being delivered to Lisa in a timely manner after a fan slammed him for waiting to turn in his cocktail list.

“We def did not, mind u this is still 2 months away from the opening & if u saw my IG stories u would see us working w/thousands of $$ of product spices juices liqueurs from all over the world months leading up to this,” he tweeted. 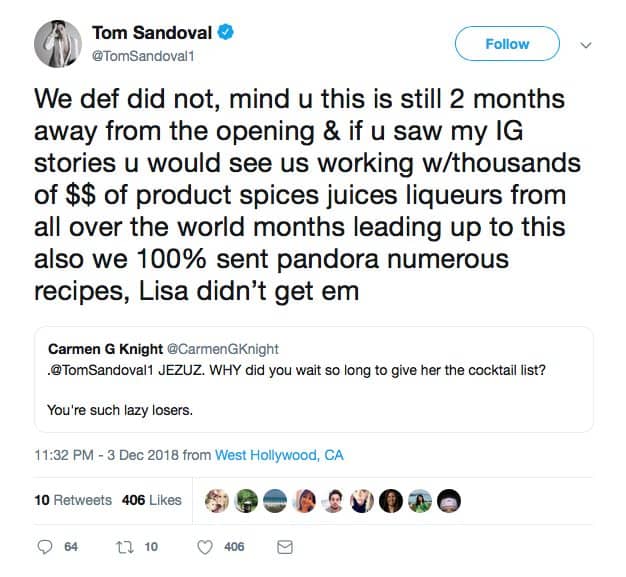 Following Pandora and Sandoval’s tweets, Lisa seemingly took a stand against Sandoval by re-tweeting the message shared by her daughter.