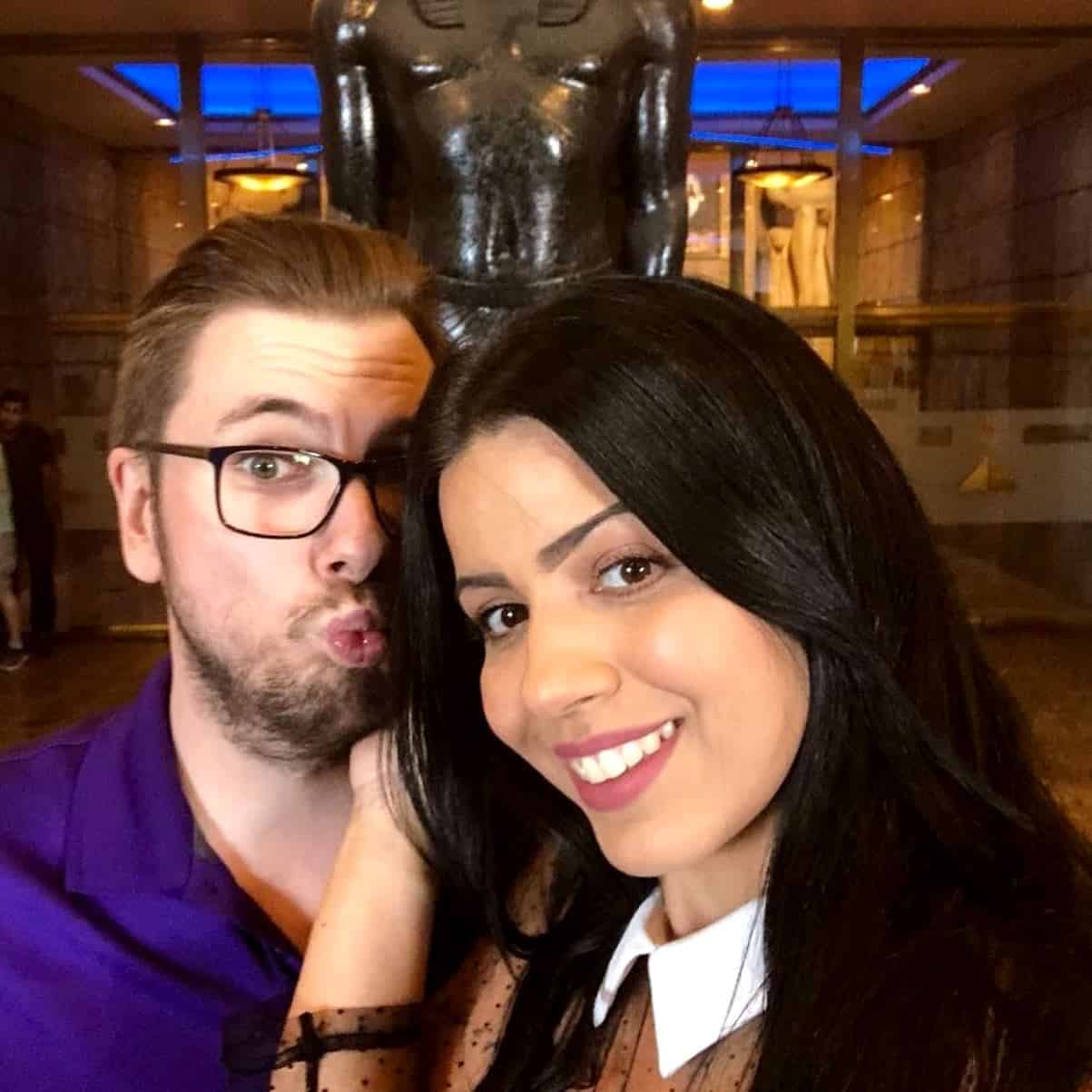 The relationship drama between 90 Day Fiancé stars Colt Johnson and Larissa Dos Santos Lima continues to play out on social media, but Colt is not giving up on the marriage just yet.

Just days after Larissa accused Colt of cheating and flirting with other women online, he is apologizing for his actions.

Even more, a new woman has now leaked screenshots of Colt’s cheating text messages, and in them, the 33-year-old wrote that his marriage was falling apart, and that he wanted a divorce. He also wrote that he was “falling in love” with this other woman.

Screenshots of those texts are below, via 90 Day Fiance blogger John Yates.

In the texts, Colt also wrote that Larissa had broken his glasses during a fight, and she said that she would leave him once he filed for her green card.

Following the release of these latest text messages, Colt took to his Instagram page on December 18 to publicly apologize to Larissa, while also seemingly denying some of the cheating accusations. There have been multiple women accusing him of cheating in the past week.

“All of these accusations are ridiculous and need to stop. Whatever problems I have in MY relationship I’ll deal with them. I will work on them in private,” wrote Colt.  “There is nobody special for me, there is no new girlfriend, I love Larissa and I want to fight for our relationship and I apologize for all the pain I caused to her.”

Instead of responding to Colt on Instagram, Larissa talked to In Touch Weekly, and she said that despite his cheating, she is not giving up on her marriage.

“I was not abusive to Colt. Anything pointing otherwise is extremely edited or taken out of context. I love Colt, and we have normal relationship troubles like any other couple,” explained Larissa. “I understand his actions, and I will forgive him. A true relationship is two imperfect people unwilling to give up on each other.”

When fans found out that Larissa was not going to leave Colt, some of them were not happy about it. One person wrote that Larissa’s choice to defend her husband after exposing him for cheating made her sad, and she was going to unfollow the reality star. 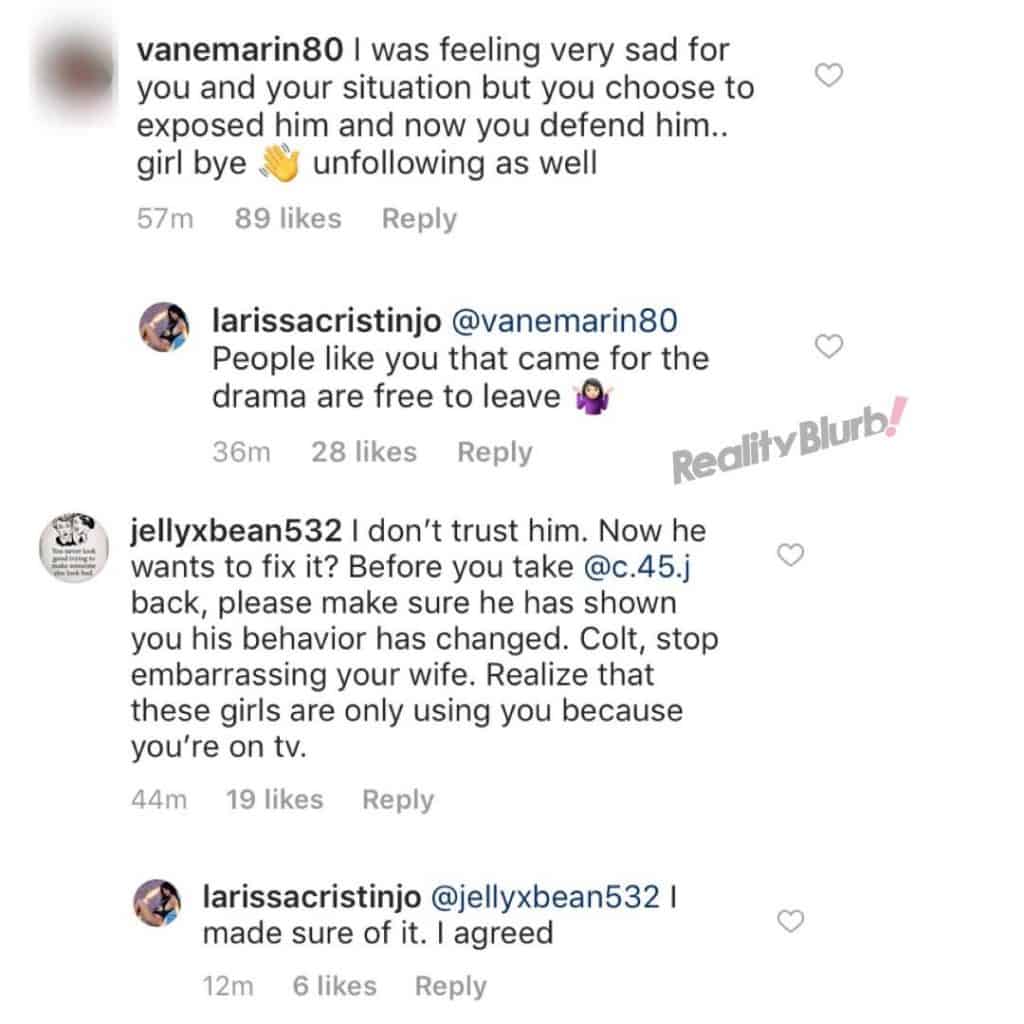 Larissa did also state that she made sure Colt’s behavior had changed before giving him another chance, and she agreed with a fan that the women Colt was cheating with were just using him because he was on TV.