PHOTO: RHOC’s Kelly Dodd Gets a New Year’s Kiss from Tom Arnold! Plus She Reveals She Got Dumped by Her Boyfriend 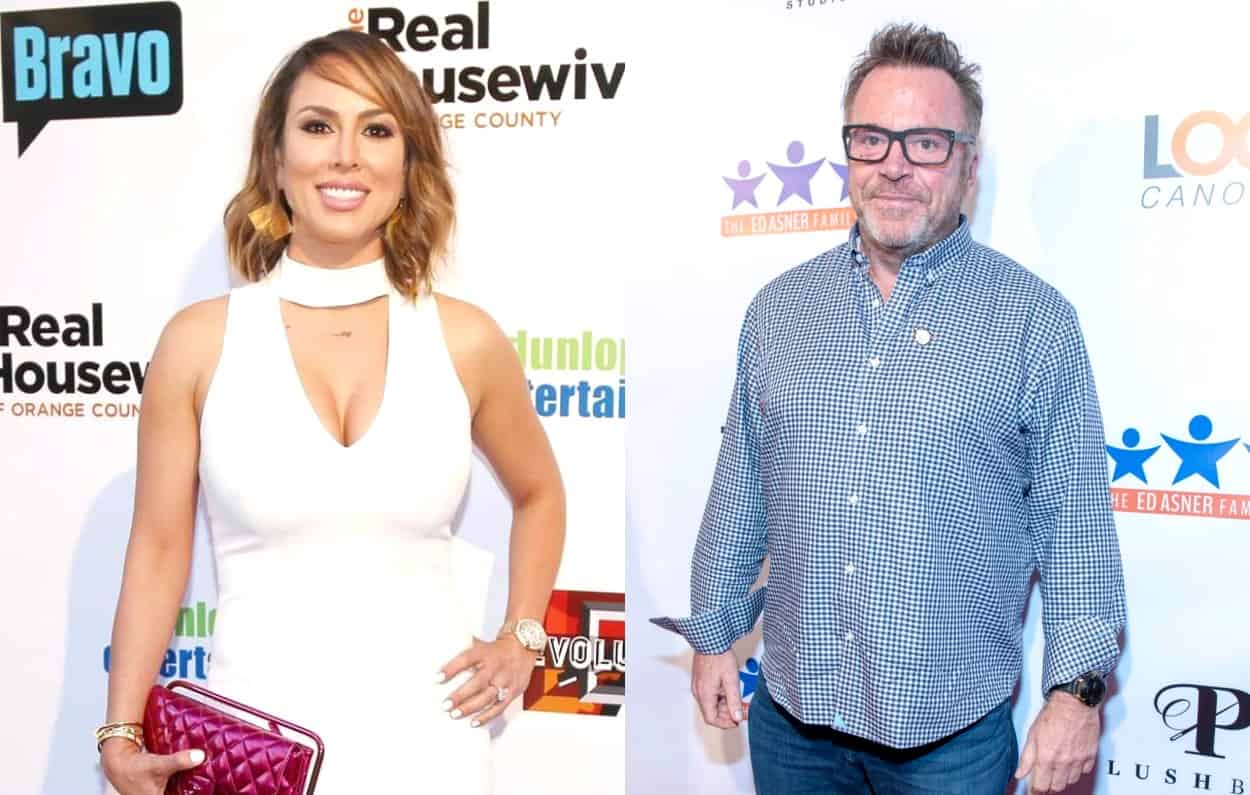 The Real Housewives of Orange County star Kelly Dodd has had a rather eventful last 48 hours!

First, the 43-yr-old Bravo reality star took to her Instagram Stories this weekend to reveal she had recently gotten dumped by a guy she had been seeing – more on that below, and then she rang in the New Year just hours ago by getting a kiss from actor Tom Arnold during a NYE party.

The kiss took place at a party, hosted by former Real Housewives of Miami star Lea Black, which was also attended by the likes of Jeff Lewis and Heather McDonald. 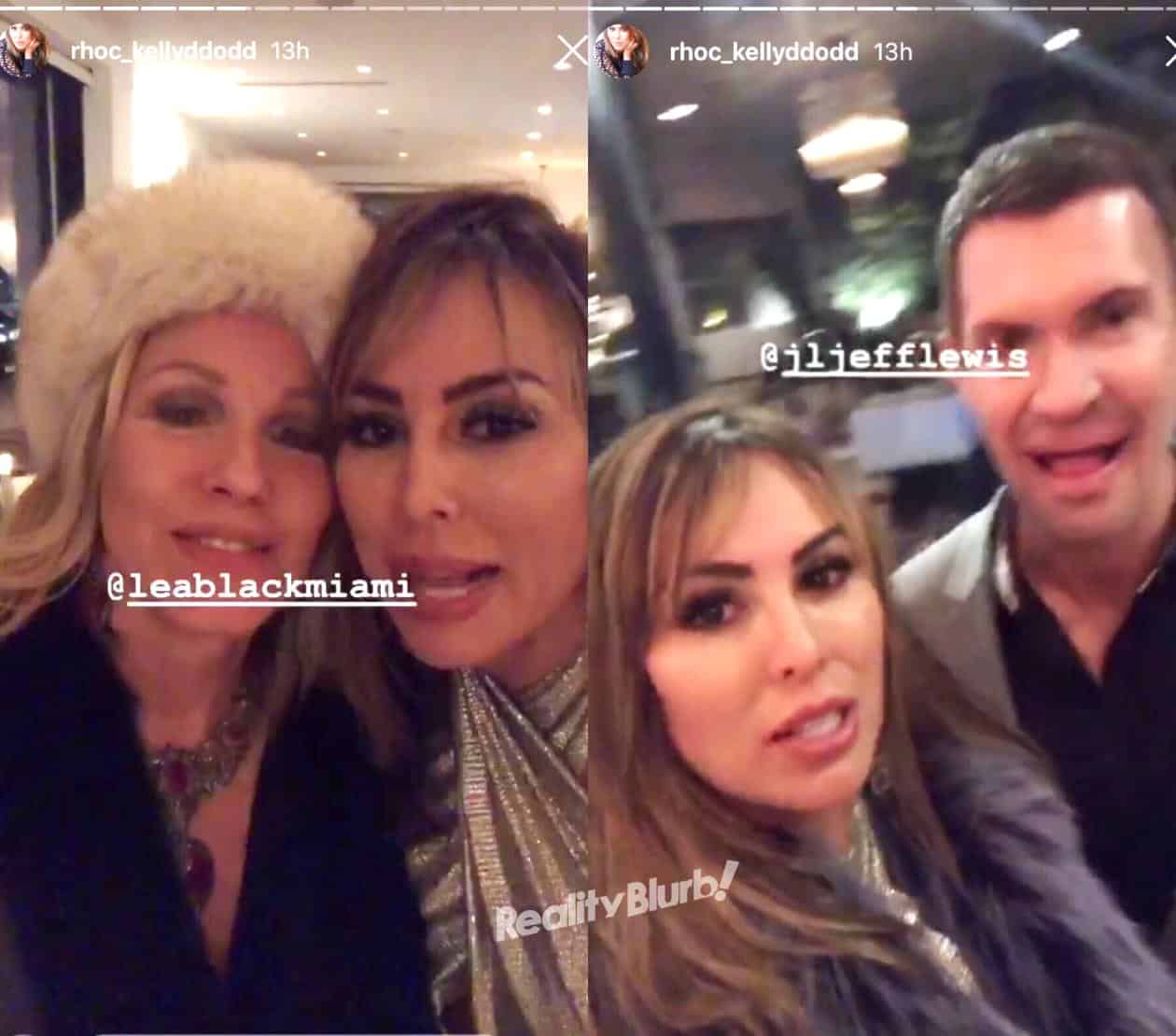 And then in a series of clips shared to her Instagram Stories, Kelly introduced Tom.

“Okay, this is Tom Arnold and he was on E! with me,” said Kelly as she panned the camera over to Tom who referred to her as “beautiful” and stated she reminded him of a young Charo.

Later, as the clock struck midnight, Kelly stated: “Happy New Year Tom Arnold” and he responded by giving her a kiss on the cheek. 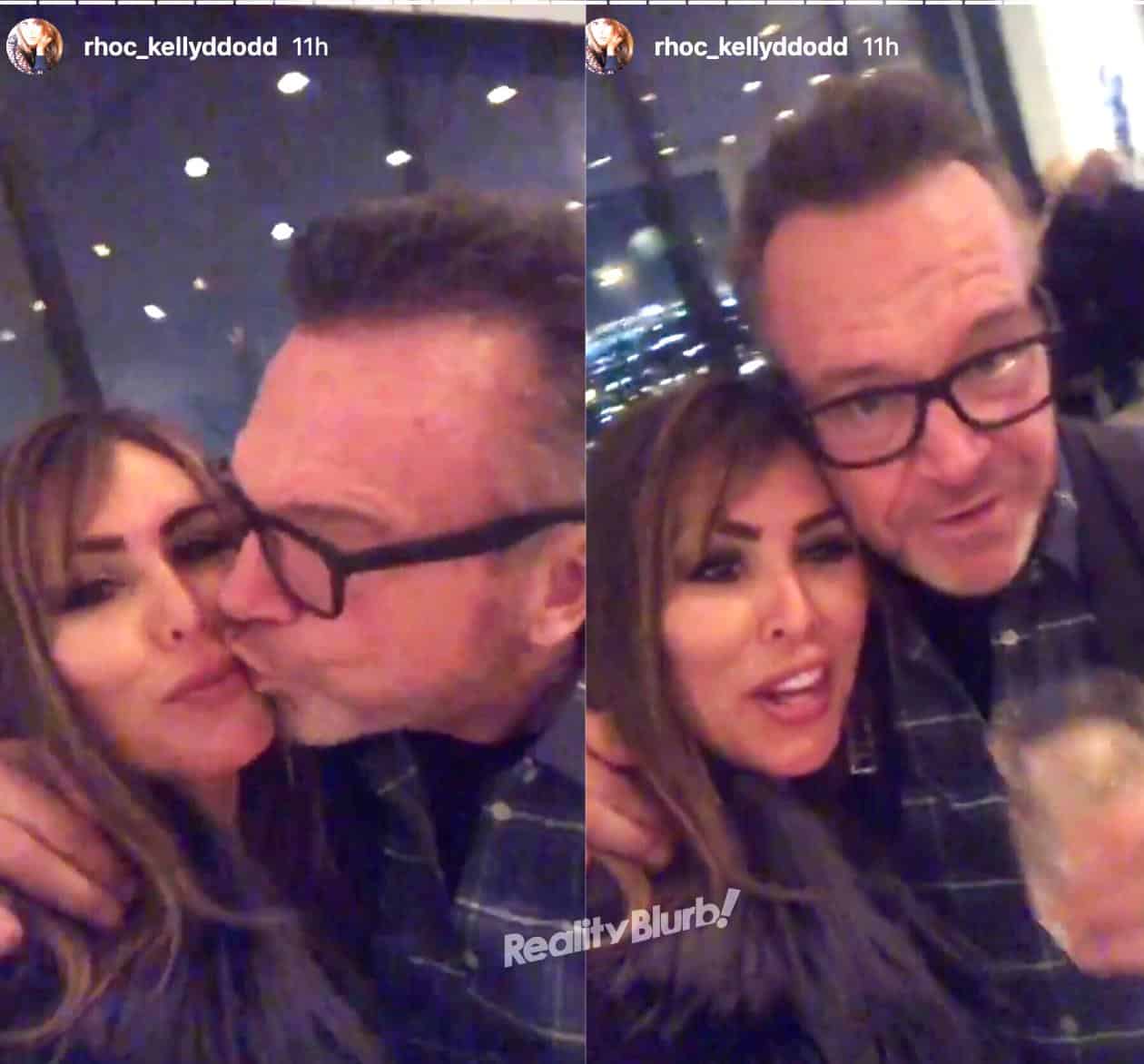 Meanwhile, before partying with Tom, Kelly, who finalized her divorce from ex-husband Michael Dodd last year, opened up about being dumped for the very first time in her life.

“I got dumped last night. I got dumped,” shared Kelly. “My boyfriend dumped me.”

FIND OUT WHICH RHOC STARS WILL RETURN NEXT SEASON!

Kelly however did not reveal the identity of her now former beau.

Despite the heartbreak, Kelly seemed more than ready to dip her feet back into the dating pool!

“Next man up right there! Next man up,” Kelly joked as she pointed the camera at one of her male friends. “That’s why you have a bench, ladies.”

For the time being, Kelly has been hanging tight with co-star Gina Kirschenheiter, who is currently going through a divorce of her own, following the latest season of the RHOC.