The Real Housewives of New Jersey Recap: From Turkey with Love 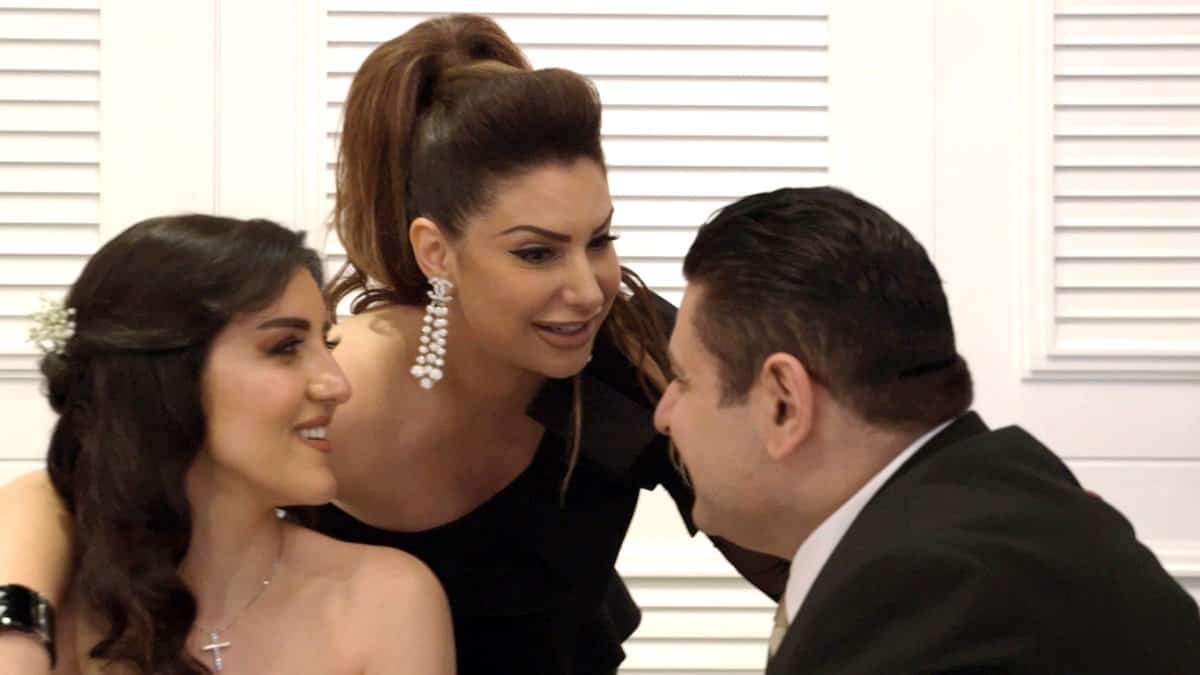 The ladies of The Real Housewives of New Jersey returned last night, and I have to say, I’m starting to think they’ve got a little too much time on their hands these days. I had some hope when they took part in a charitable cause that they would begin to see the big picture, but no such luck.  Here’s how it all went down:

Jennifer was still angry with Jackie for the “spoiled children” article she wrote last week, and went whining to her husband, who showed no sympathy whatsoever–in fact, he agreed with Jackie! He believes that Jennifer spoils their children too much, and while he too felt that Jackie had crossed the line by writing about their children, he also couldn’t find fault with the sentiment behind her words.

Luckily for Jennifer, she had bigger fish to fry. She was headed to Turkey to celebrate the upcoming nuptials of her brother in a traditional engagement celebration, and she was excited to be back after nearly six years. She was also thrilled to see her sister-in-law, Alma, who will be moving to New Jersey, herself, after the wedding, and said the two will truly be like sisters, ‘unlike certain other sisters-in-law in New Jersey’ who shall remain nameless (in case you didn’t catch that not so subtle shade she threw, she was talking about Teresa and Melissa.)

The men of The Garden State seemed to be feeling themselves last night too. They were a little extra sassy.  Dolores’ ex, Frank will be training their son, Frankie for a fitness competition (who knew people in Jersey were so into fitness shows?!) and Dolores was concerned that the former “Mr. New Jersey” would be a little too overzealous with her baby boy.  She’d also had it with Frank Sr. second-guessing every decision she made about the house they’re flipping together. These two bicker about everything (they should just get married again) and Frankie was quick to defend his mom.

He told Frank, in no uncertain terms, that it was time for him to put Dolores first the way she had always done for him–despite the way he’d treated her. This prompted Dolores to reflect on the days she used to watch Frank “ride up and down the bay with wh***s hanging off the back of his boat,” while she was home raising the kids on her own. Frank simply advised his son not to spend his money on such things and reminded them both that they’d never “wanted for anything.” which apparently justified everything. Wow, Mr. New Jersey, I’ve gotta say, I’m disappointed.

In the meantime, Joe and Melissa took their kids out of town to celebrate their son, Joey’s 8th birthday, and when talks turned to what the children wanted to be when they grew up, Joe seemed disappointed when Antonia expressed her wish to own a boutique just like her mom one day.  Joe said that, from what he could tell, there wasn’t a lot of money to be made in the retail business, and suggested that she gets into the real estate business with him and her brothers instead. Melissa seemed pretty insulted–not to mention humiliated to be having this conversation in front of her children and the poor waitress, who’d been forced to witness the whole thing while she patiently waited to take their orders.

Across town, Jackie and Teresa finally had the sit-down Jackie had been wanting–and it actually went pretty well. Jackie apologized for disrespecting Teresa, but said that she’d felt disrespected too, not to mention a little threatened when Teresa told her that she’d been around for “five minutes” and that she’d better keep her mouth shut if she “wanted to make it to ten.” Teresa seemed unmoved, but continued to listen, as Jackie pointed out that she’d only been trying to make the point that even the strongest of women couldn’t control their husband’s every move, as Teresa had been asking Melissa to do with Joe, and if she could, Teresa surely wouldn’t have Joe do the things he was doing to land them both in the clink.

Jackie also spoke about her own family’s run-in with the IRS, and said they’d all “laughed about it” when her mother was on house arrest and tied to an ankle monitor (who wouldn’t?) but Teresa explained that since she was still mired down in the mess it was a little difficult to see the humor in it all.  But in the end, the ladies left on good terms.  I’m not sure if it’s age or the endorphins from the workouts, or if prison humbled her, but Teresa’s very “namaste” these days. All the tables remained unflipped, there was no trying to stab Jackie with a shank fashioned out of a coffee stirrer, and Teresa said she’d give Jackie another chance.  I’m not sure if I’m proud, disappointed, or just plain bored.

Later, Jackie joined Melissa over at Margaret’s and the three ladies gossiped while putting together gift bags for Dolores’ charity event.  Jackie happily reported that she had smoothed things over with Teresa, and Melissa admired her chutzpah and unwillingness to back down.  Margaret, on the other hand, didn’t have such good friendship news to share.  She’d recently gotten a text from Danielle, who was off on her honeymoon somewhere, still upset that everyone hadn’t given her enough love over her wedding weekend.  She wrote that Margaret had tried to  “bulldozed everything,” to which Margaret wisely responded, “stay out of my life.”

But apparently, within just 24 hours, Danielle had put on her other personality, because the very next day she sent Margaret a sweet “Happy Mother’s Day text” as though the texts from the previous day hadn’t happened at all (maybe in her mind they hadn’t?!).  Margaret simply ignored Danielle after that, and that’s probably the best way to handle it, but watch your back Margaret. I’m not sure Danielle’s playing with a full deck and one of these days, those texts could be coming from inside the house, if you know what I mean.

Later on, the ladies joined Dolores for her charity event, which was a day of pampering for the women at the shelter where she volunteers.  Many of the women were victims of domestic violence, and the ladies were in awe at their resilience and courage. They also met a beautiful little boy named Jeremiah, who moves from shelter to shelter with his grandmother, and often doesn’t have enough to eat.  The ladies fell head over heels with him and spent the afternoon spoiling him with hugs and plenty of chocolate chip cookies.  It actually almost looked like getting a glimpse at very real adversity that might put things into perspective for the ladies, and they’d put their petty differences and catty comments to the side for just one day–almost.

Margaret had plenty of petty judgments about the Turkish culture, as Teresa explained that Jennifer had traveled to her motherland and filled them in on the marriage of Jennifer’s brother, who at 45 years old will be marrying a woman he’s never been intimate with. Margaret jokingly wondered if Jennifer’s future sister-in-law was “mail order” and wondered aloud at what would happen if Jennifer’s brother turned out to be a “dud” in the sack.

Teresa seemed disappointed at Margaret’s petty comments, and when Dolores and Jennifer came by her house for lunch a few days later, she wasted no time filling Jennifer in on every word Margaret had said. She and Dolores let her know that such comments shouldn’t surprise her, as other members of their group could be pretty judgmental at times, i.e. Margaret and Jackie, who had invited everyone to her upcoming wine tasting, an event Jennifer doesn’t intend to miss.  This newbie has some scores to settle and she ain’t backing down. Stay tuned!