Don’t Be Tardy star Kim Zolciak is setting tongues wagging after sharing a racy photo of herself wearing a thong bikini! Also, Kim’s daughter Brielle Biermann believes she looks much better now that she’s gotten lip injections and offered up some “proof” to her fans and followers on Instagram this week.

Ahead of the season seven premiere of her family’s reality show, Kim, 40, took to her Instagram page to share a photo of herself in a thong while on the beach.

“My favorite place,” Kim wrote on Instagram as the caption of her bikini vacation pic. 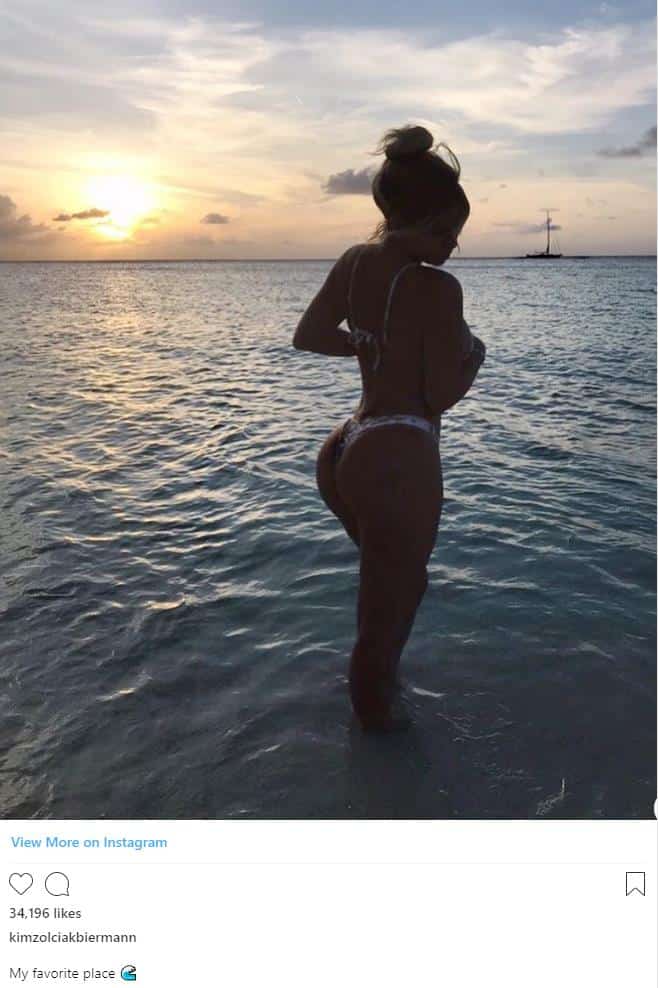 Kim Zolciak was accused of photoshopping her bikini picture

As is usually the case, Kim was immediately accused of photoshopping her photo with some stating her body looks slimmer than usual, and her butt looks rather different and bigger than her usual photos.

While Kim appears to have deleted almost all negative comments on her post, fans voiced their skepticism in the comments section of TheGoodTheBadandTheFake’s Instagram page.

“Listen, I could care less if she [weighs] 100 pounds or 300 pounds… but just own it… Quit filtering and just be who you are. I don’t think she really knows who she is, to be honest,” wrote another person

Meanwhile, Kim’s daughter, 21-year-old Brielle, posted a throwback photo of herself and called those who have told her she looked better before her injections “liars.”

“To those who say I look better before lips… You’re a liar and this photo is PROOOOOOF,” she wrote. 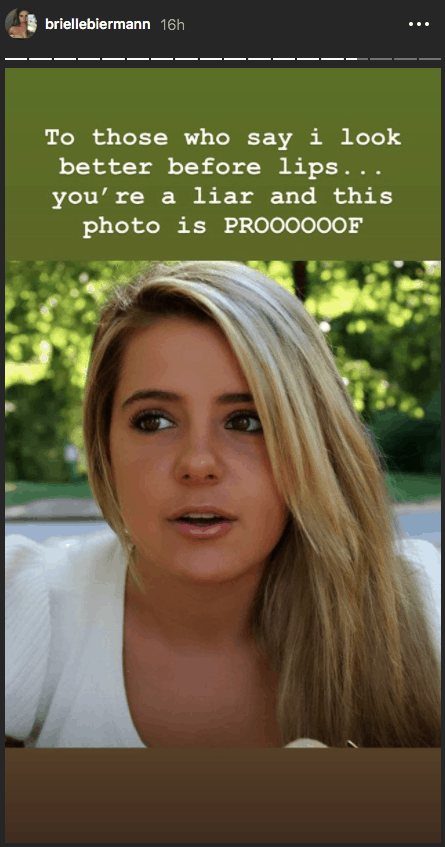 Just weeks ago, Brielle’s mother, Kim Zolciak, came under fire after sharing the photo below with her online audience of Brielle’s super-plumped pout. 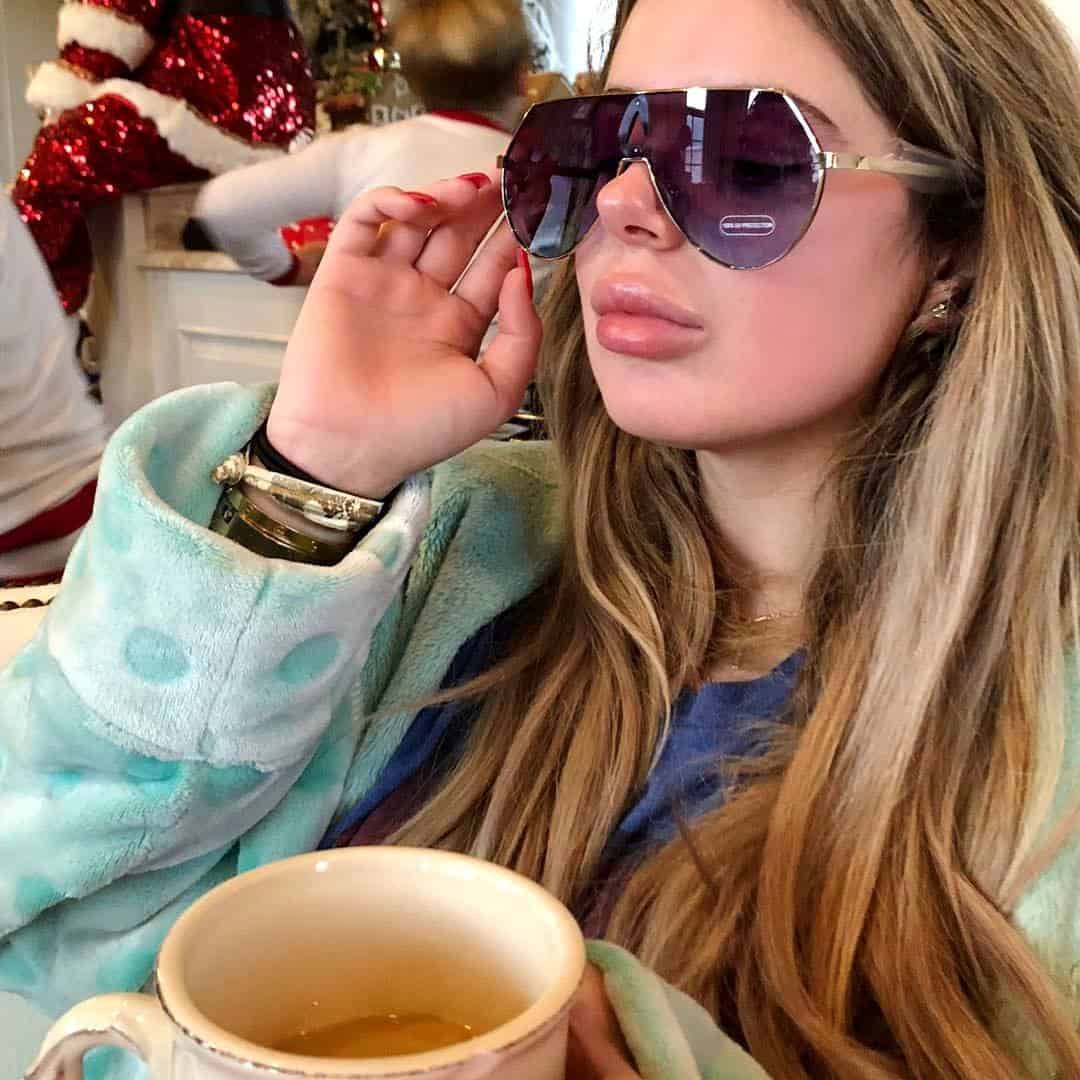 “As her mother how do you not give her advice on stopping with the damn lip injections? #parentfail,” one fan asked.

Although Brielle has faced tons of backlash over the size of her lips, she made it clear in March of last year that she had no plans to stop getting lip injections.

“BRUH, my lips do NOT look good in photos. I f**king get it. I’m really over Y’all saying this as if I’ve never seen/heard it! I’m not changing them! Whether it looks good to [you] or not,” she said at the time.