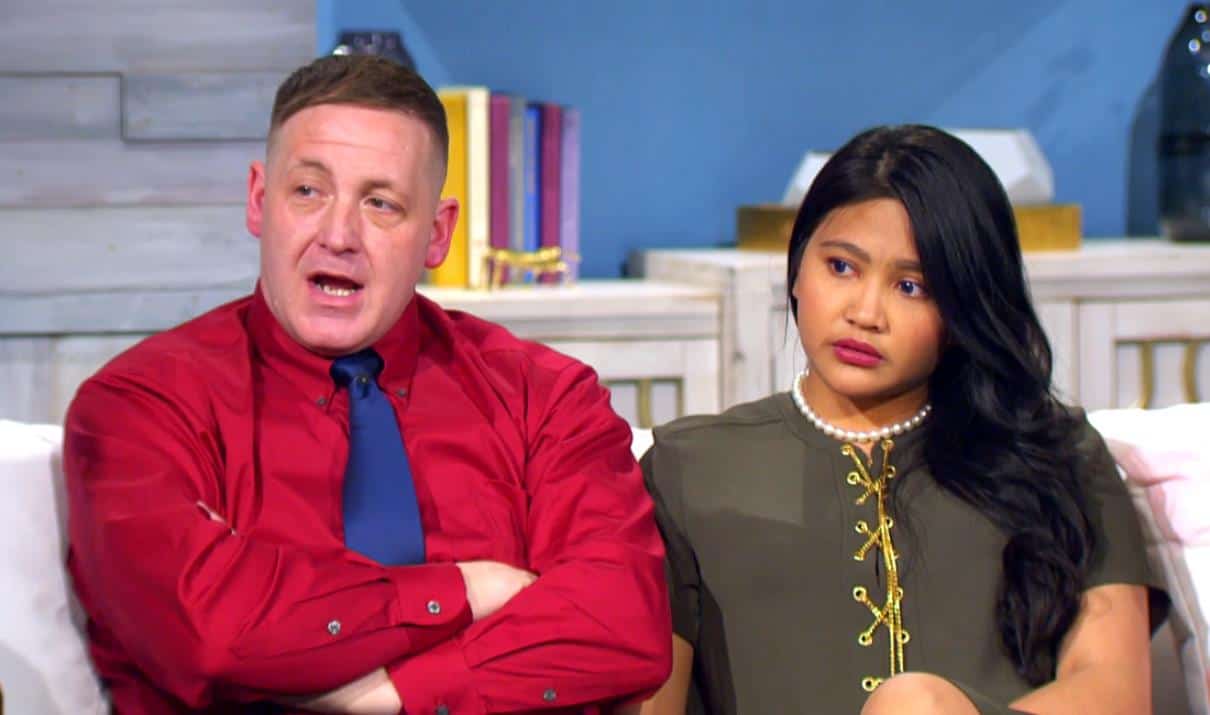 90 Day Fiance’s latest season might be over, but the drama is yet to end for the cast. In today’s news,  Leida Margaretha accused her husband  Eric Rosenbrook of domestic violence in leaked text messages, as she also admits that she tried to kill herself during a domestic dispute that occurred on January 20.

The text messages were posted by 90 Day Fiancé blogger John Yates, and according to him, they show an exchange between Leida and one of her followers who also happens to be her friend.

In the messages, Leida wrote “Eric abused me” to her friend who wanted to know exactly how Eric hurt her. To this Leida said, “He pulled my hairs really hard and grab it until I can stand up and grabbed my wrist both of them and put me on the corner.”

Leida later told her friend that she no longer wants to be with Eric and then reveals her suicide attempt. She also stated that the alleged abuse by Eric took place after she tried to kill herself with a knife.

“I don’t wanna live with him anymore,” said Leida. “I was about to kill my self with a knife. He grabbed a knife and abused me after that. I’m with the police and at the hospital now.”

Below is a screenshot of the messages.

The Eric and Leida saga, however, didn’t end there as Eric’s messages also leaked, in which he seemingly admits things got physical with Leida.

“We had a fight. I had to wrestle a knife from her. As a result of the interaction, the Marine came out in me,” explained Eric. “I pulled her hair to get her to stand up as she wouldn’t let me stand her up to look her in face. I was afraid of her hitting herself in face again. She’s done that before and I had to restrain her. No harm was caused psychically, and if she had resisted, I wouldn’t have continued to do it… I didn’t react right and apologized.”

Eric also reveals cops were called after the domestic dispute with his wife.

“She insisted on calling the cops so I did. They took her to the hospital to evaluate her mental condition. She is home now. I am at work and will be taking an extended stay away to give her space,” he wrote.

And just minutes ago, a message was shared to Leida’s Instagram page confirming a domestic dispute took place.

“A domestic incident did take place between Eric and Leida on 1/20/19. The couple asked that you please respect their desire to keep things private at this time,” the message read. 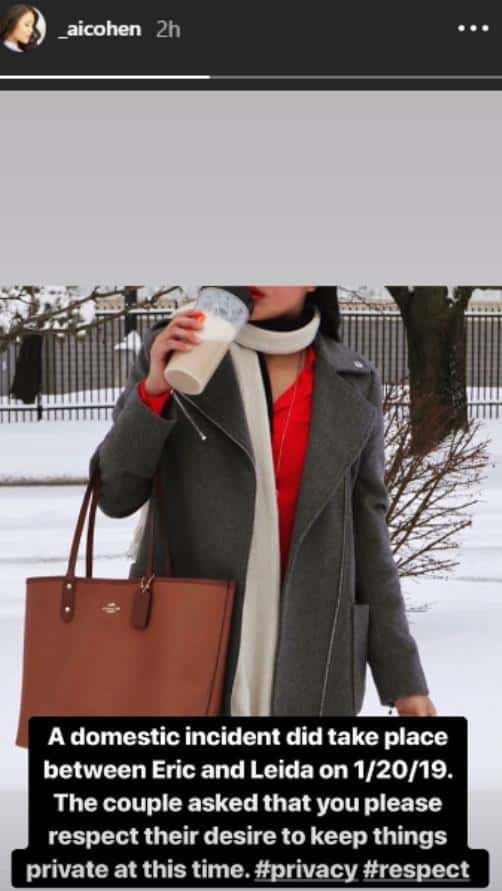