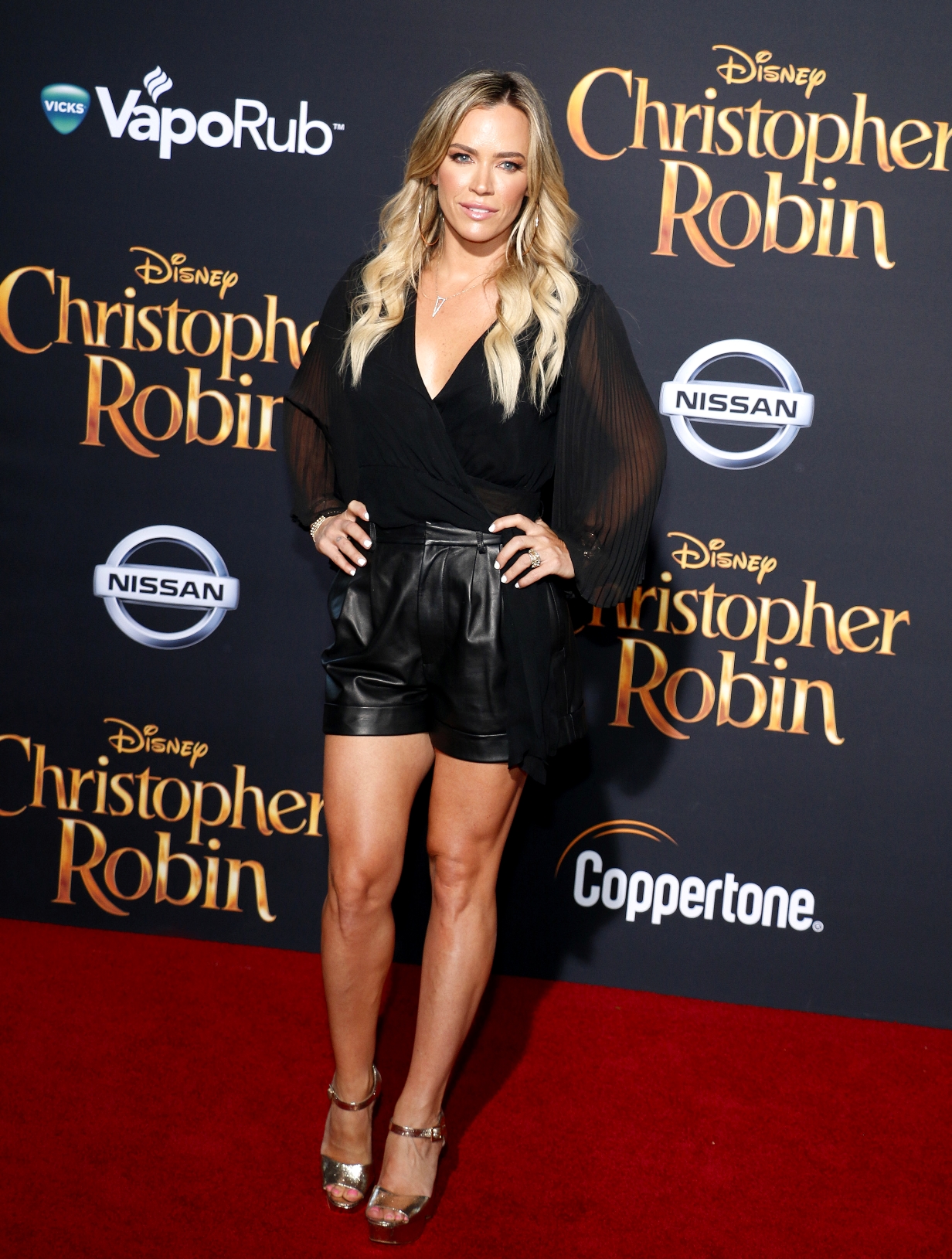 Teddi Mellencamp is looking absolutely incredible as she prepares for the upcoming premiere of The Real Housewives of Beverly Hills season nine.

Over the weekend, as she and her fellow Real Housewives attended Andy Cohen‘s baby shower in Beverly Hills, California, Teddi posted a series of photos of the weight loss transformation she’s undergone over the past four years.

“I often get asked, ‘What does going All IN mean?'” the accountability coach began in her post. “It means giving completely to a sustainable lifestyle to keep yourself feeling your best.”

According to Teddi, who joined the Real Housewives of Beverly Hills cast last year, she began dieting and exercising “obsessively” after giving birth to her son Cruz in 2014 but has since discovered a better way of staying fit.

“Photo 1 is 10/11 months after having Cruz. Photo 2 is me working out obsessively, drinking protein shakes and putting my body through chaos, not grasping what balance was. Photo 3 is after I went All IN,” she explained of the weight loss photos below.

“I finally found that balance: Eating clean foods; no protein shakes & processed junk. Staying active for an hour a day versus cramming in multiple training sessions, trying to create a body and mind that wasn’t healthy or sustainable,” Teddi continued.

In closing, Teddi encouraged her fans and followers to stay focused on their goals and commit themselves to lifestyle changes, rather than crash diets and extreme fitness plans.

“The key to making any goal for your life successful is commitment, balance and knowing what you truly want. Once you know what you want, work every day at it, but make sure you are setting yourself up for a #lifestylechange versus a crash diet,” she added.