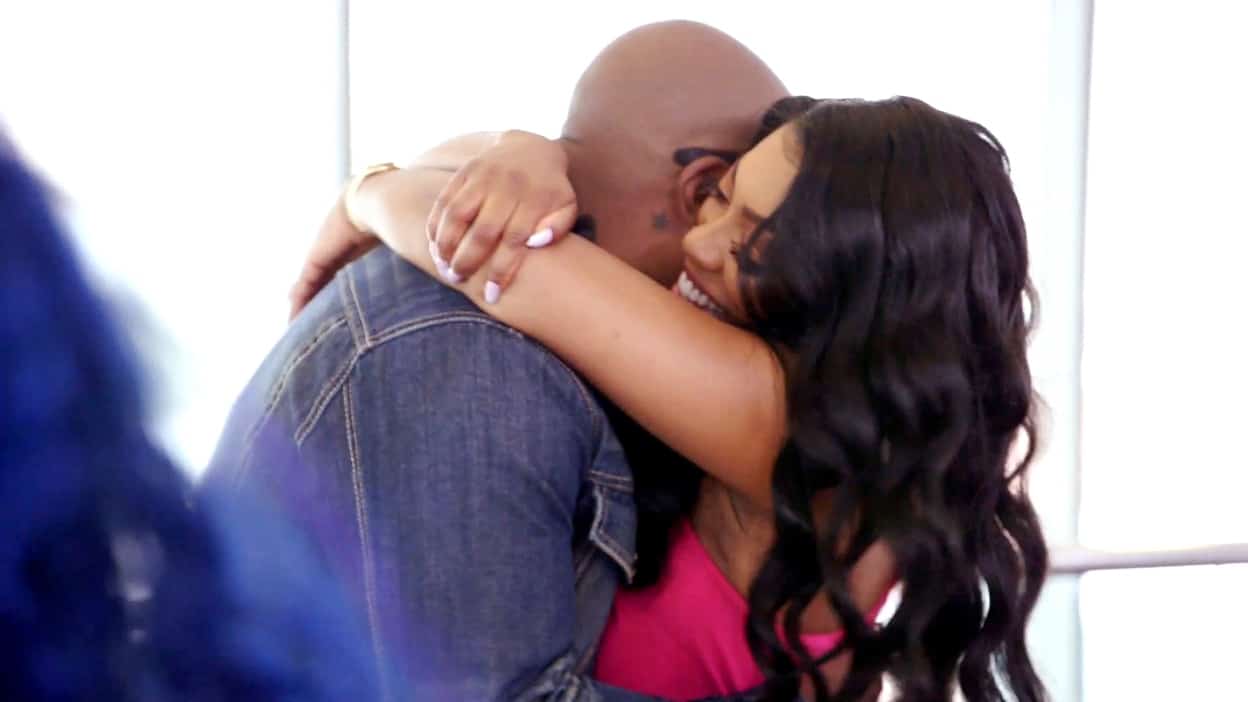 The ladies of The Real Housewives of Atlanta kicked off the second half of their landmark 11th season with each of the ladies on the precipice of some major life changes–some for the better and some, well, you be the judge.

Dennis said that they likely needed two because of her job, but she said she wanted him to sell his bachelor pad, and move into her place, which he agreed to, along with her plans to fix up the basement and add an infinity pool to her already palatial estate.  As far as making her an honest woman before they bring their baby into the world, Dennis told her he had ‘his people’ working on it, and that a proposal was imminent, and could come any day now.

Kandi and her husband, Todd, were also busy preparing for their newest addition–their latest Old lady Gang restaurant. They also further discussed the possibility of working with a surrogate to have another baby (actually three), but Todd said he wasn’t so sure about how much he wanted to be “involved in the process.” He said he just ‘wants the kids to come,’ and isn’t particularly comfortable with the idea of seeing another woman carrying their children. On this Kandi had to agree. It isn’t exactly the way either envisioned bringing their children into the world, but she was quick to point out that they’d had baby Ace through in vitro, and it had been a wonderful experience, so they agreed to pay another visit to Dr. Jackie to discuss surrogacy further.

NeNe and Gregg were also feeling uncertain about their current path. Since NeNe returned from the ladies’ trip to Tokyo, she said she felt they’d simply been “co-existing.” Gregg was preparing for surgery to have his colostomy bag removed and his intestines reattached, and he’s been understandably on edge.  But NeNe pointed out that long before Gregg’s diagnosis, things had been rocky between them because he’s a “grouch,”  and really hasn’t been happy in some time.  There’s no question in her mind that she loves him, but she said she doesn’t want to live life the way they have been for the rest of her life, either.

Eva was still grieving the loss of her beloved grandfather, but was still enjoying planning her new life with her fiance, Michael, which includes their upcoming wedding, but the upscale nuptials are causing a bit of stress, as the budget has gotten a little out of control.  Their guest list has grown from a manageable 150 to an over the top 220, and to make matters worse, Eva was having dress issues.  She’s planning on wearing three dresses on the big day–one for the ceremony, and two for the reception, but the fabric for one of them is no longer available.  Eva broke down in tears as she looked for possible replacement gowns that didn’t feel like they were ‘made for her,’ and she was at her wit’s end just three weeks out from saying I do.

Perhaps Porsha should have taken some time to speak with Eva about everything that goes into planning a huge wedding, but instead, she and Dennis went out for game night with Shamari and Ronnie DeVoe.  As the guys raced go-carts, Porsha and Shamari discussed the future.  Porsha said she wasn’t sure how comfortable she was about walking down the aisle with a belly, but at the same time, she was wondering where the ring was.  Later, as the ladies played pull, Ronnie and Dennis had a side chat of their own, and Dennis revealed that he’d be popping the question at the end of the week.

Ronnie, who said he resisted the idea of marriage until Shamari started putting the pressure on after years of dating, was thrilled to hear the news.  After all, he’s a happily married man, whose wife publicly picks the boogers out of his nose with her bare hand–why wouldn’t he want that same level of bliss for his friend?!

Across town, Gregg was just two days out of surgery, and suffering from some major complications, so naturally, NeNe thought it would be the perfect time to have Cynthia and Marlo over for lunch and drinks in the back yard.  NeNe teased about Gregg’s recent “lack of support,”  and how lately she’d been having to go out for meals and drinks alone, while Gregg stayed home, and didn’t even seem to care that she was out on the town solo. I mean, where are Gregg’s priorities?! He’s worried about his health and trying to beat cancer when his wife is dining alone?! Good god, man, step it up! Cynthia felt NeNe was being a bit insensitive (ya think?!) but rather than mentioning it and risking NeNe’s wrath, she just got her another glass of wine.  It was probably the best choice–there’s really no reasoning with a person like that.

Later, Kandi and Todd paid a visit to Dr, Jackie, who arranged for a surrogate to come and speak with them about the process.  Shadina was a lovely woman, who had carried a baby for another couple, and assured Kandi and Todd that the experience had been wonderful.  After assuring an emotional Kandi that life would definitely not imitate a Lifetime movie, and that the pregnancy would not end with her refusing to turn the baby over, Kandi and Todd both seemed much more comfortable, and it’s starting to sound like there may be some new Atlanta housebabies running around soon!

But first, we’ll be meeting Porsha’s bundle of joy–and maybe seeing her walk down the aisle! Dennis finally came through with a beautiful proposal and an enormous ring.  It was all very glamorous, complete with a helicopter ride, rose petals, singer, L’il Mo singing their favorite song, and Dennis getting down on one knee.  It was lovely and touching and Porsha was moved to tears as she said she was ready to be Dennis’ Hot Dog Queen.

Well, there you have it viewers, the second half of season 11 is off and running, and the drama is only beginning. Next week’s episode has NeNe and Marlo getting into a nasty spat that threatens to turn violent at what appears to be yet another disastrous dinner party. Stay tuned!