Home Real Housewives of Beverly Hills News Is Lisa Vanderpump Open to Reconciling with Her RHOBH Co-Stars? Find Out Why She Left the Premiere Party Early, Plus She Hangs Out with Joyce Giraud!

Is Lisa Vanderpump Open to Reconciling with Her RHOBH Co-Stars? Find Out Why She Left the Premiere Party Early, Plus She Hangs Out with Joyce Giraud! 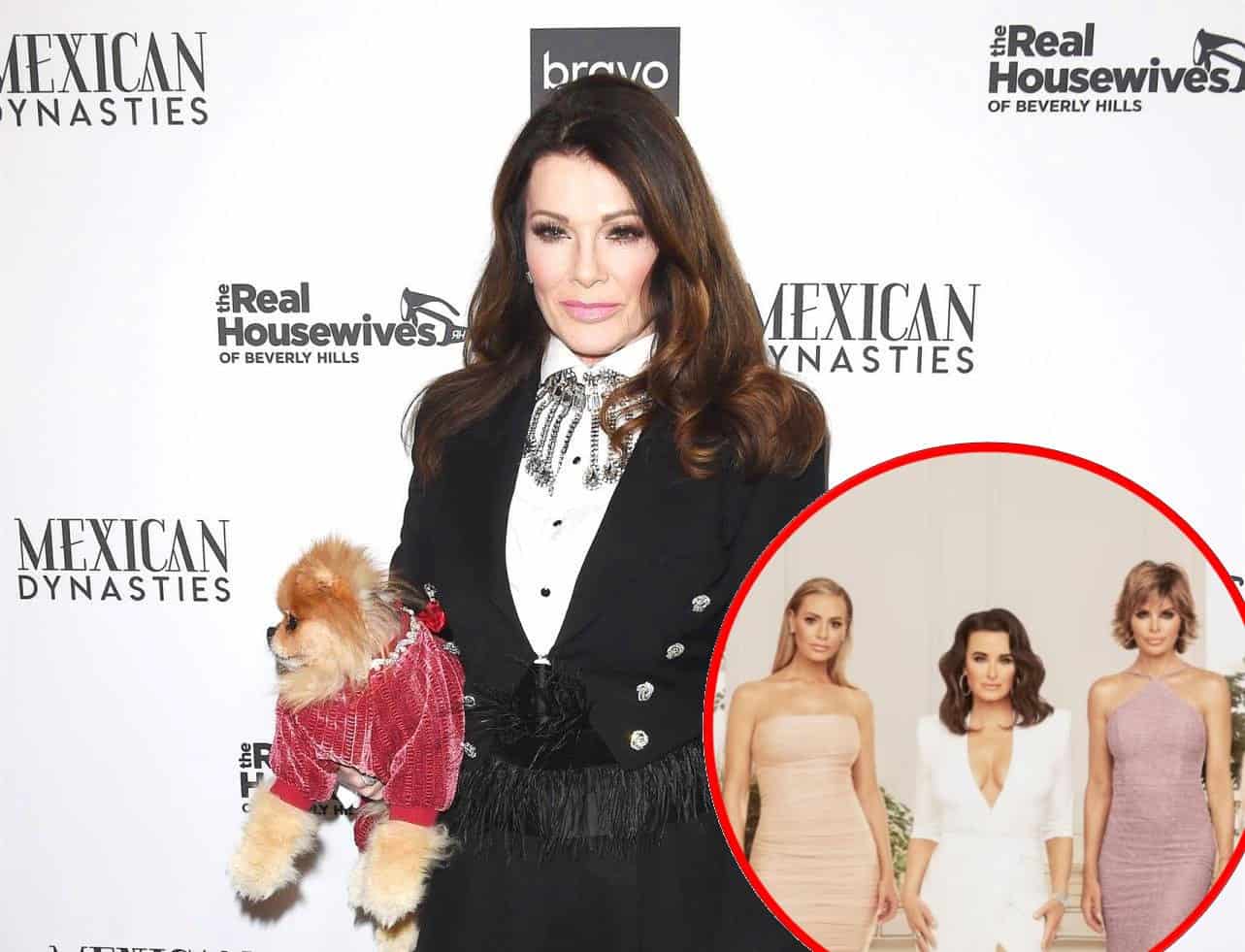 Has Lisa Vanderpump completely written off the idea of reconciling with the cast of The Real Housewives of Beverly Hills?

Months into her estrangement from her co-stars, Lisa is speaking out about her thoughts on a reunion and revealing the real reason behind her decision to leave last week’s season nine premiere party just as her co-stars arrived.

“Viewers will have to form their own opinions after watching, but I always say ‘never say never,’” she told Us Weekly while attending the Los Angeles Travel Magazine Readers’ Choice Awards on Tuesday, February 19.

News of a cast feud first broke back in September when Lisa Rinna and Erika Girardi took to Instagram to blast Lisa V. for refusing to pose for their group shot alongside the rest of the cast. Months later, it was revealed that the restauranteur was actually photoshopped into the cast pic.

As for why Lisa V. made a point to avoid her co-stars at the premiere party after Lisa R. demand she attend, she said she simply wasn’t “in the right mental state” to deal with whatever the cast may have thrown at her. She then said that she chose to attend the event because she filmed a lot of scenes by herself.

“It was a very difficult year for me, and I just kind of got to a place where I just was desperately searching for happiness in my life at that time and it just got very heated there,” she explained. “I filmed a lot on my own and they really did spotlight my charities and that’s why I’m here tonight.”

“This season was particularly difficult for me and perhaps I was not prepared,” she continued. “There was a lot going on in my personal life that I had to focus on. I think this season will surprise people. Relationships are definitely tested and fans will be taken on a crazy ride.”

While Lisa V. did not speak about her potential plans for a season 10 return, rumors have been swirling in regard to a possible exit.

In other Lisa news, she hung out with former RHOBH cast member Joyce Giraud on Thursday night. Joyce posted a video of herself having dinner with Lisa on her Instagram page.

This isn’t too surprising as Lisa and Joyce have maintained a friendship following Joyce’s exit from the Bravo series back in 2014.