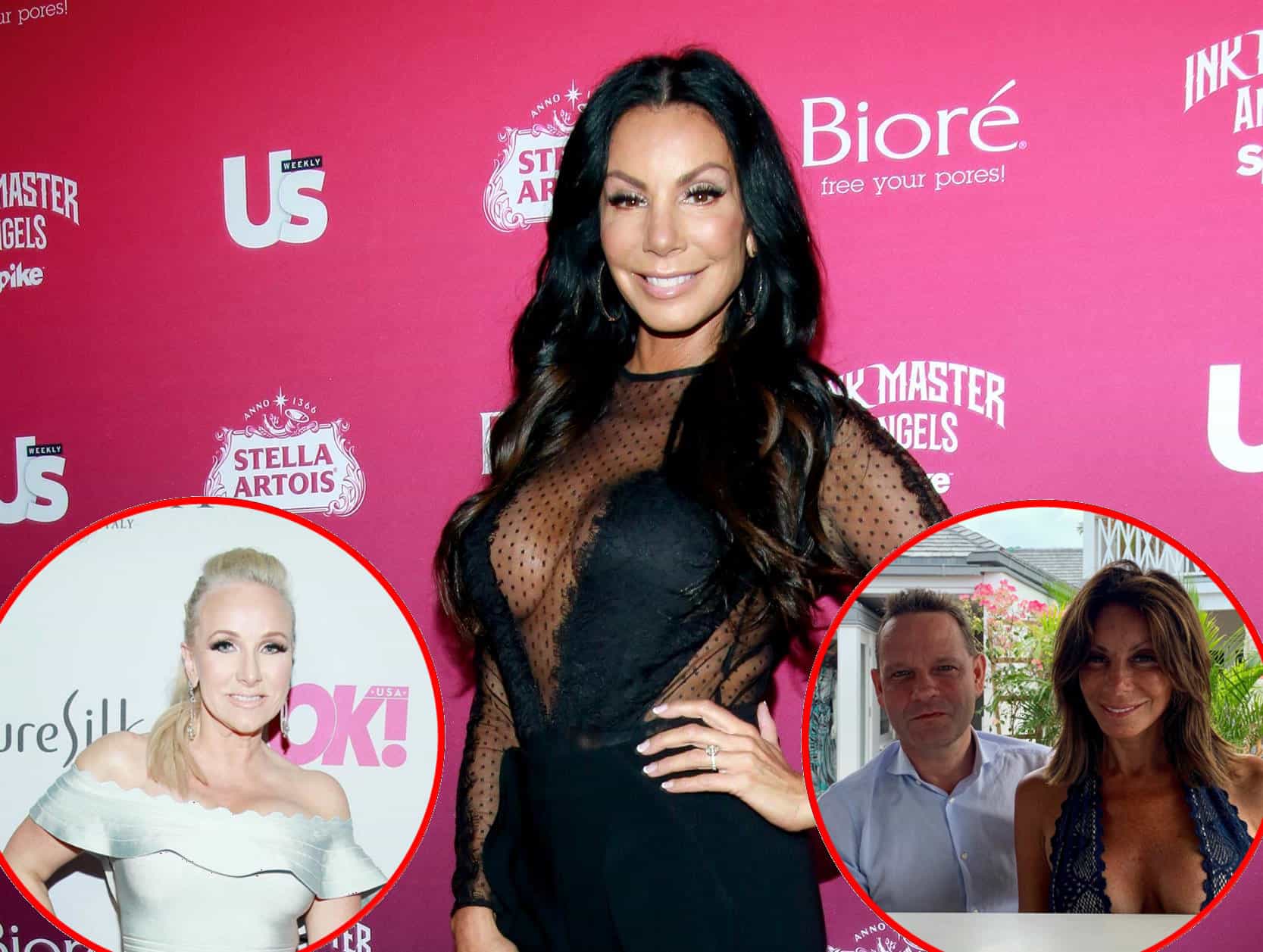 Danielle Staub and her new fiancé, Oliver Maier, are speaking out about their engagement news.

Just days before the couple is set to wed, the Real Housewives of New Jersey star opened up about her hopes and dreams for her marriage as her co-star, Margaret Josephs, took aim at her on Twitter.

Right after news of Danielle and Oliver’s engagement hit the web, Margaret was asked for a response to the news and didn’t hesitate to take a dig at her co-star’s current status on the RHONJ.

“She might be a Duchess but she’s still not a Housewife, you can’t sleep your way into that job.”

As reported, Oliver is the Duke of Provence, meaning Danielle will become a Duchess following her wedding.

Margaret also took aim at Danielle’s relationship earlier this week when the couple first went public on Instagram, as she stated that Oliver actually used to date one of Danielle’s best friends, Gina Curko.

“She’s sleeping with one of her best friends boyfriends she knows for one week true love for sure!” Margaret tweeted, adding the hashtag, “#desperatefriendofahousewife.”

Meanwhile, Danielle and Oliver are opening up about their love story in an all-new interview.

“I’m madly in love,” Danielle told PEOPLE on February 28, just hours after becoming engaged. “I’m feeling elated and excited for the next stage of my life. I’m going to marry the man of my possible dreams and hopefully I’ll spend the rest of my life in bliss.”

According to the report, Oliver is the managing director of Speyside Equity, a private equity firm based out of New York City, and is also the Duke of Provence. As the magazine explained, Oliver’s family owns two castles and 15 vineyards in the South of France and once he and Danielle say “I do,” she will become the Duchess of Provence.

Danielle and Oliver first met in October of last year through Oliver’s ex-girlfriend, Gina, but didn’t become romantic until about six weeks ago.

“I quite frankly couldn’t stand him when I first met him,” Danielle joked. “He’s so strong-willed, and at first, I read that as rude, and arrogant and entitled. It wasn’t until I got to know him that I saw the other side.”

Danielle was also hesitant to get involved in a relationship with someone so soon after her messy split from ex-husband Marty Caffrey, who she was married to for just three months.

“I wasn’t open to it,” she admitted. “I was ready to just go out with my girlfriends in Manhattan. I didn’t want this.”

As for Oliver, he did want this and did his best to establish a friendship with Danielle before whisking her away to St. Barth, where things between them got serious.

“I took a risk,” he explained. “Danielle’s one of the smartest people I’ve met. And I was instantly attracted to that. She’s phenomenal, comes from a good family and is beautiful beyond belief. I’m happy we’re together.”

Danielle and Oliver are planning to tie the knot this Monday, March 4 at the Justice of the Peace in New York City with Teresa Giudice in attendance. This will be the fourth marriage for Danielle and the second marriage for Oliver.

After the wedding, Danielle plans to purchase a home in New Jersey for her two daughters but said she and Oliver will likely be spending a lot of their time in France.

“We’ll be going to castles and all that, and living in Paris for a certain amount of months out of the year… It’s going to be far different than Jersey, that’s for sure,” she noted.