Home Real Housewives of Atlanta News RHOA’s Nene Leakes Reveals Why She Went Public with Lisa Vanderpump Feud, Plus Did She Get Fined for Pushing Cameraman?

RHOA’s Nene Leakes Reveals Why She Went Public with Lisa Vanderpump Feud, Plus Did She Get Fined for Pushing Cameraman? 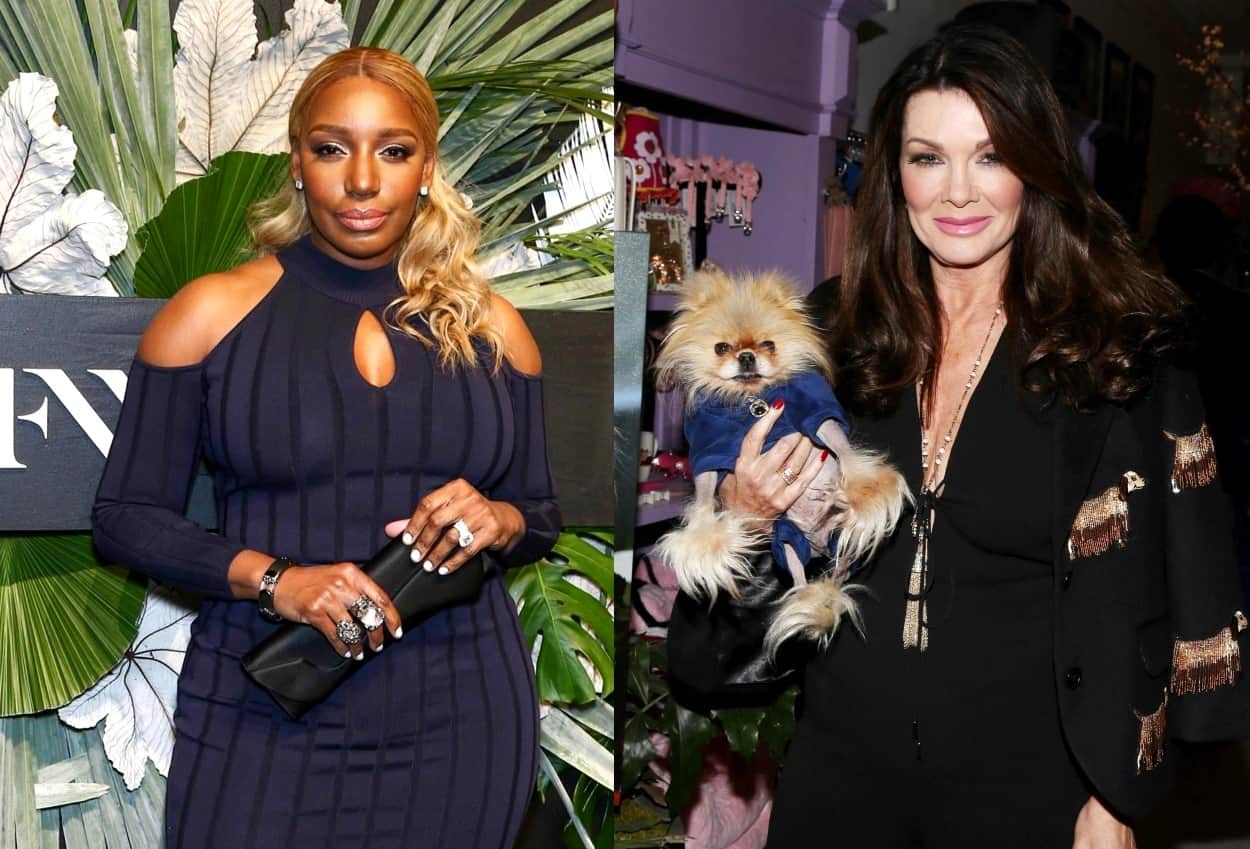 The Real Housewives of Atlanta star Nene Leakes is dishing on her feud with Lisa Vanderpump, as she also addresses the rumors that she got fined by the Bravo network for pushing a cameraman during the most recent episode of the series.

During her appearance on the Watch What Happens Live After Show on Sunday night, Nene was asked about her drama with Lisa by a caller. If you recall, Nene shockingly accused the Real Housewives of Beverly Hills star of stealing the location of her PUMP restaurant from her during an interview last month.

According to Nene, she discovered the location during her time in Los Angeles and when she called Lisa to get some advice about possibly opening a bar there, Lisa convinced her it wasn’t a good idea.

While Lisa has denied Nene’s claims, saying she was already aware of the location because the landlord is the same landlord for her other restaurants, Nene insists she was being truthful about her version of events.

“Listen, let me just tell you this,” Nene began. “There’s nothing going on between Lisa and I. I just spoke the truth.”

“I reached out to Lisa Vanderpump because she owns a restaurant,” Nene continued. “It was [a] raggedy looking [location], but I thought it was great cause it was right by The Abbey. So I call Lisa Vanderpump. Now, I know she’d never come in here and say I didn’t call her. I said, ‘Lisa, there’s this location right on the corner of whatever the street is in Santa Monica, there’s a location there.’ And these are Lisa’s exact words, ‘It’s a dump. It’s way too expensive. Blah, blah, blah. I wouldn’t get it.'”

Nene states that she took Lisa’s advice only to later see the PUMP restaurant at that location.

“Next thing I saw PUMP! Lisa Vanderpump. Really, girl?!” she continued. “Girl, you just told me don’t get the location. That is 1,000 percent true,” she insists. “I think Lisa knows she told me some crazy stuff because I’ve seen her several times out, and she’s kinda like, ‘Hello, Nene.’ Like, it’s kinda weird. The energy isn’t the same.”

Nene then explained why she decided to go public with her beef with Lisa after all these years.

ERIKA JAYNE PICKS A SIDE IN NENE & LISA’S FEUD!

Finally, Nene also addressed recent rumors that popped up online stating she had been fined by the Bravo network for getting physical with a cameraman during the latest episode of RHOA — something she strongly denied.