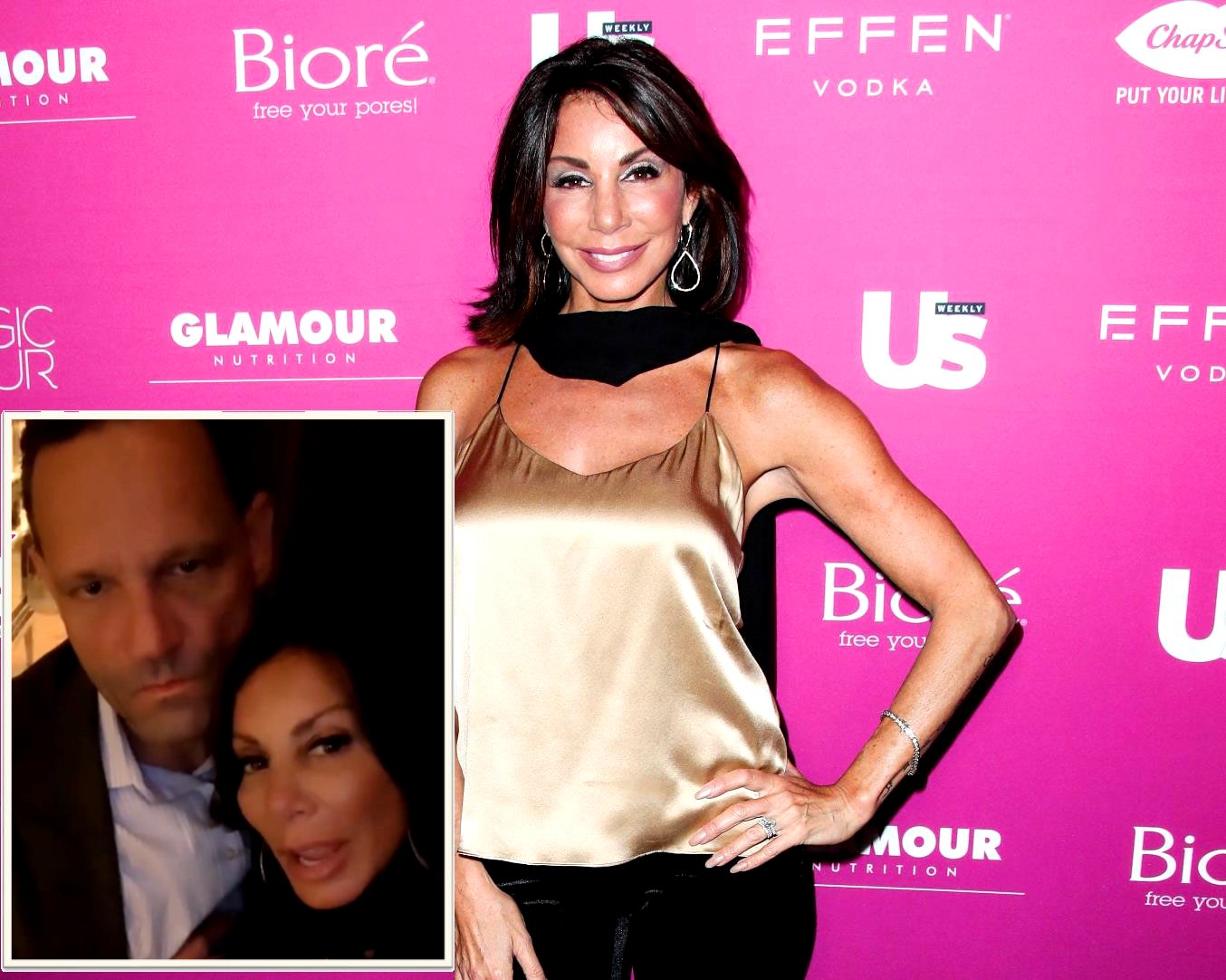 A day after news broke of a break up between Real Housewives of New Jersey star Danielle Staub and her fiance, Oliver Maier, Danielle is denying a split in a bizarre video posted to her Instagram page.

If you recall, Danielle and Oliver got engaged last week, with plans to marry on March 4. However, over the weekend, the couple postponed their wedding, which was followed up by a report yesterday in which multiple sources revealed that they had called it quits.

However, earlier today, Danielle, 56, took to her Instagram Stories to deny a break-up, as she appeared in a rather strange video with Oliver.

“To correct the rumors that he and I are not together, here I am with my love,” Danielle could be seen saying as she planted a kiss on Oliver.

Oliver, looking seemingly out of it, then proceeded to say, “I love you” to his fiance.  That video is below.

This latest update with the couple comes after Danielle admitted she had to postpone her wedding due to her daughters, Jillian, and Christine Staub, who have yet to meet Oliver, “pushing back” against it.

Following the postponement, a video came out yesterday showing Oliver having to be saved from almost drowning during his vacation with Danielle in St. Barth last week. Additionally, sources at the scene alleged he and Danielle had gotten ‘blackout drunk’ during their vacay.

The couple has yet to address that video and report.