Erika Jayne Declares Kyle Richards the “True Queen” of the RHOBH and Fans Disagree! See Their Tweets and Take Our Poll! 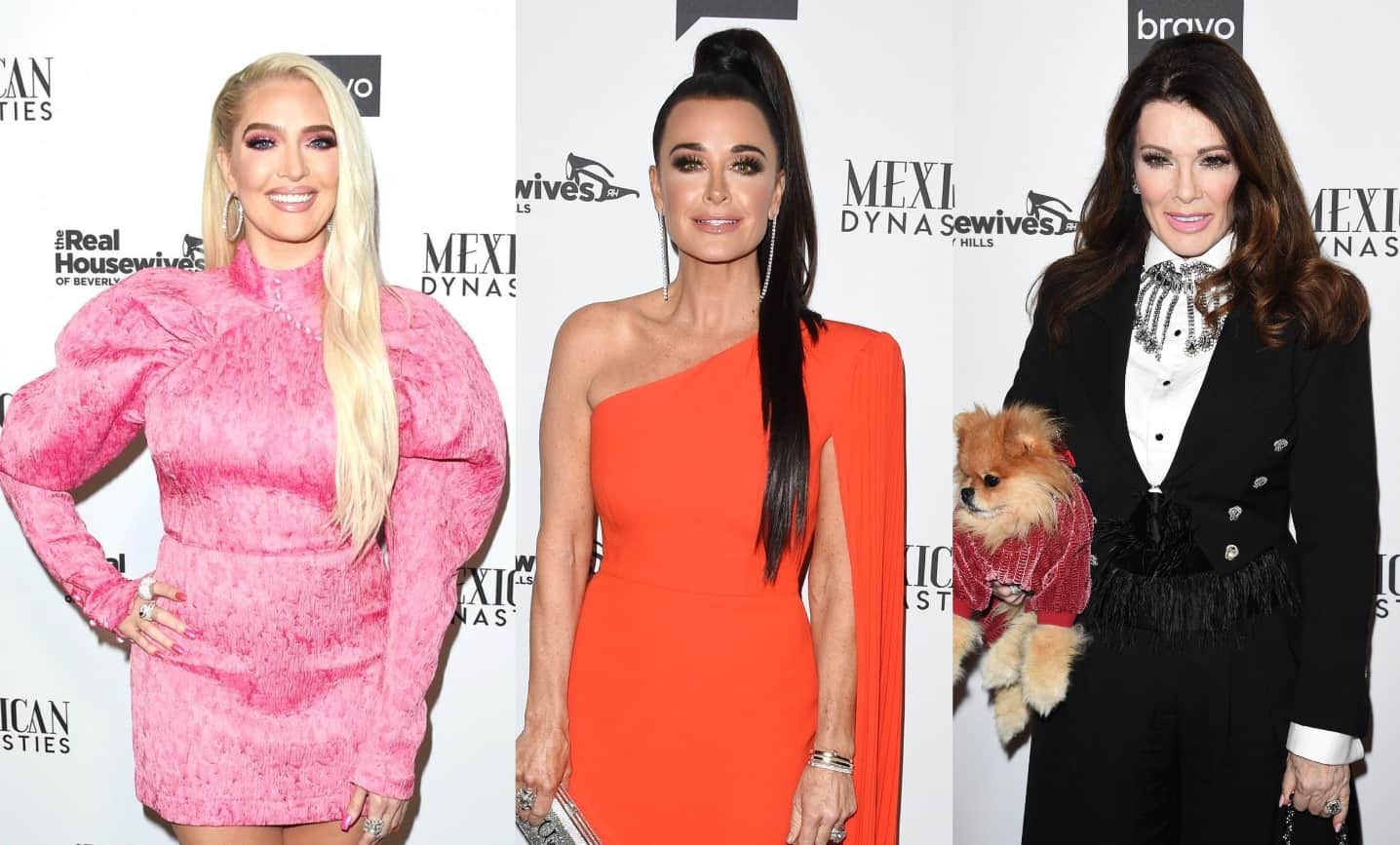 As the latest season of the Real Housewives of Beverly Hills continues, it’s becoming even more apparent that it’s Lisa Vanderpump vs everyone else amid her feud with her co-stars.

During the airing of the very dramatic episode of the RHOBH on Tuesday night, which showed Lisa being accused by Teddi Mellencamp of setting her up, Erika Jayne took to Twitter to crown Kyle Richards the new queen of the show.

“All hail the TRUE Queen of #RHOBH @KyleRichards ??,” tweeted Erika on March 5, along with an emoji of a princess wearing a crown.

This appears to be a clear jab at Lisa, who is usually referred to as the Queen of the RHOBH by fans. Also, Lisa herself has made references to her crown with her past RHOBH taglines.

“Ummmmm, the True Queen is LVP, don’t get it twisted Erika!” wrote another fan.

“Sorry there’s only one queen and it’s not you or Kyle. #TeamLVP,” a Twitter user wrote.

“The crown is fine exactly where it’s at, with LVP,” one more person added.

Below are screenshots of some of the responses. 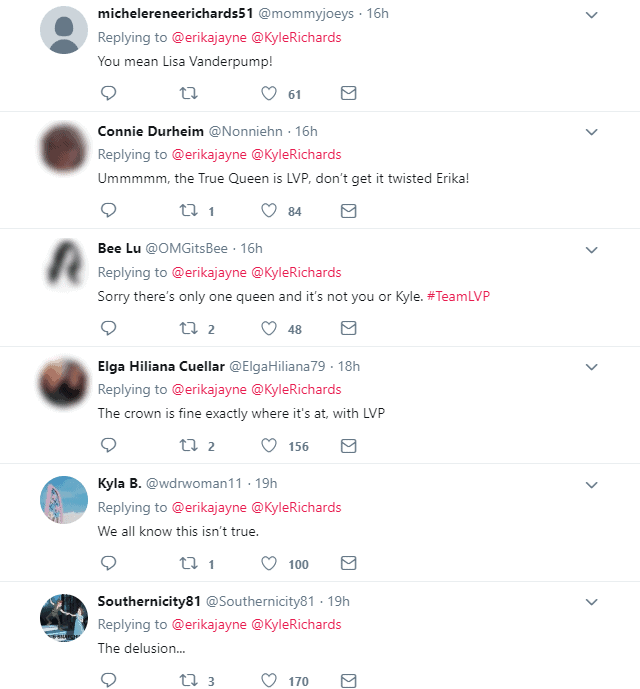 Almost all of the responses to Erika’s tweet were in support of Lisa.

“LVP is BH ! Keep on dreaming,” a fan of the show tweeted.

“There’s only ONE TRUE QUEEN, and that is @LisaVanderpump! She was the queen right from the start; make no mistake. Kyle is nice, likable & an OG, but she was never the queen. It is what it is. No one will ever wear the crown as LVP has. All hail Queen LVP!” another fan of Lisa’s fired back. 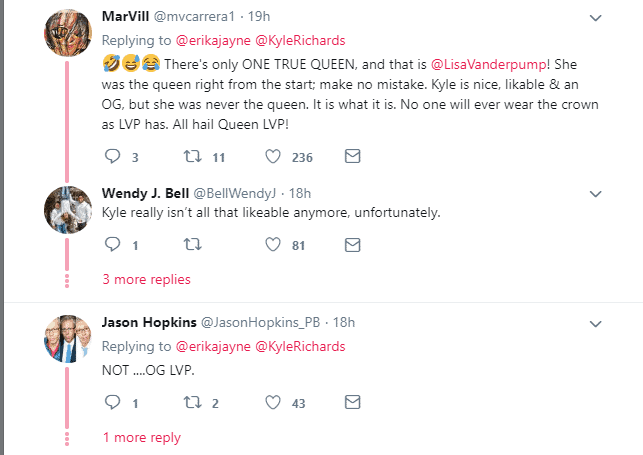 Page Six reported that a project about her dog rescue center, Vanderpump Dogs, had been greenlit and filming was set to begin.

The outlet also reported that Lisa’s castmates were “extremely unhappy” about the news as they felt they were used by both Lisa and the producers to create drama and a back story to launch Lisa’s new show.

Lisa has yet to respond to her co-star’s complaints.

TELL US – SO WE HAVE TO ASK, WHO IS THE QUEEN OF THE RHOBH? KYLE OR LISA?