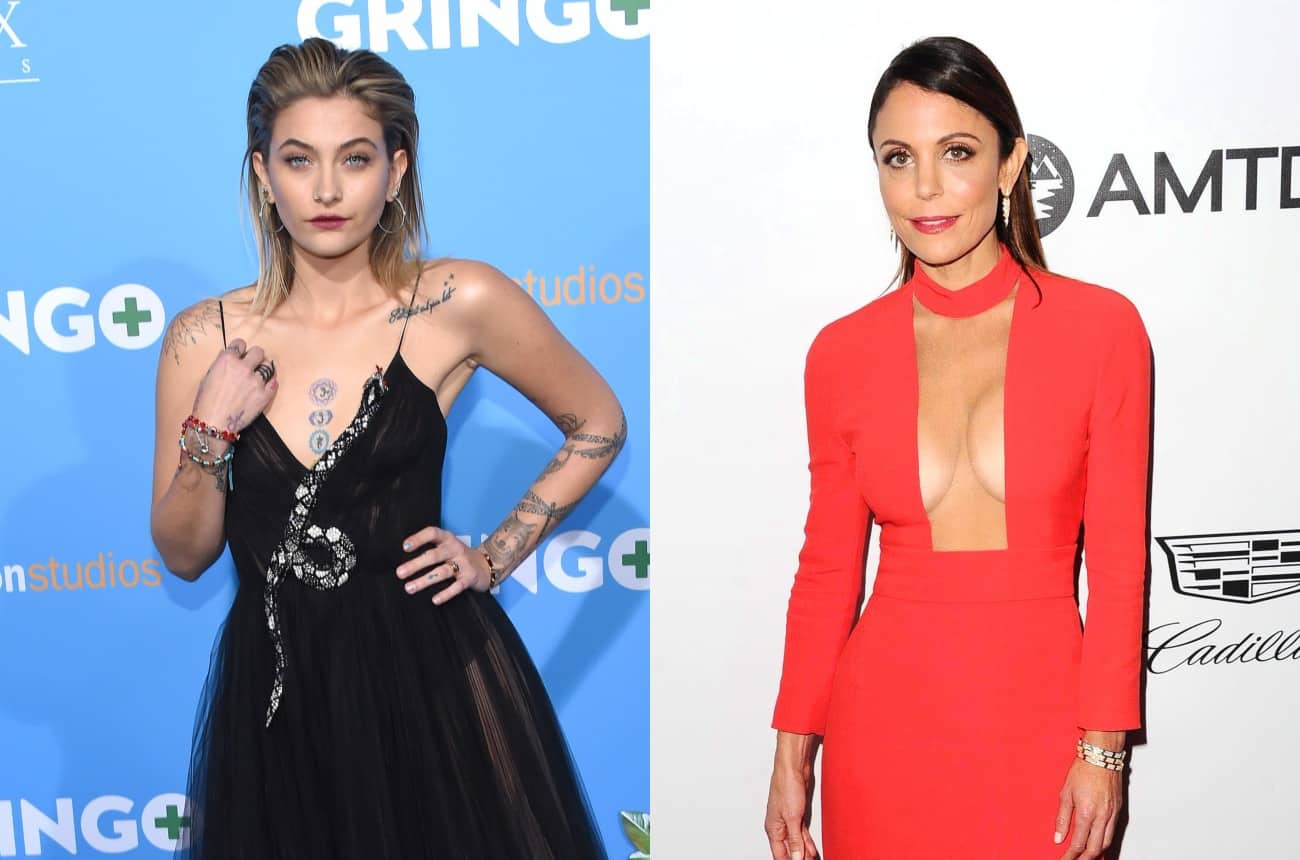 The Real Housewives of New York City star Bethenny Frankel is no stranger to speaking her mind when it comes to current events, but she got some backlash this weekend after she chimed in on a major news story.

On March 16, TMZ reported that Paris Jackson, daughter of the late Michael Jackson, had attempted suicide and had to be taken to the hospital after she allegedly tried to slit her wrists.

Shortly after the news broke, Bethenny, 48, took to Twitter to offer her opinion about the report.

“I am so upset about @parisjackson who allegedly attempted suicide,” Bethenny wrote in a now deleted tweet. “We are the product of our parents’ unresolved issues. She is a very loving person who helps those in need without looking for praise. My [heart emoji] is with her. I want to take away her sadness as if she was my daughter.”

Following Bethenny’s tweet, Paris, 20, fired back as she denied any suicide attempt by calling it “bulls–t.” She then responded to Bethenny, writing: “Lies lies lies omg and more lies.” 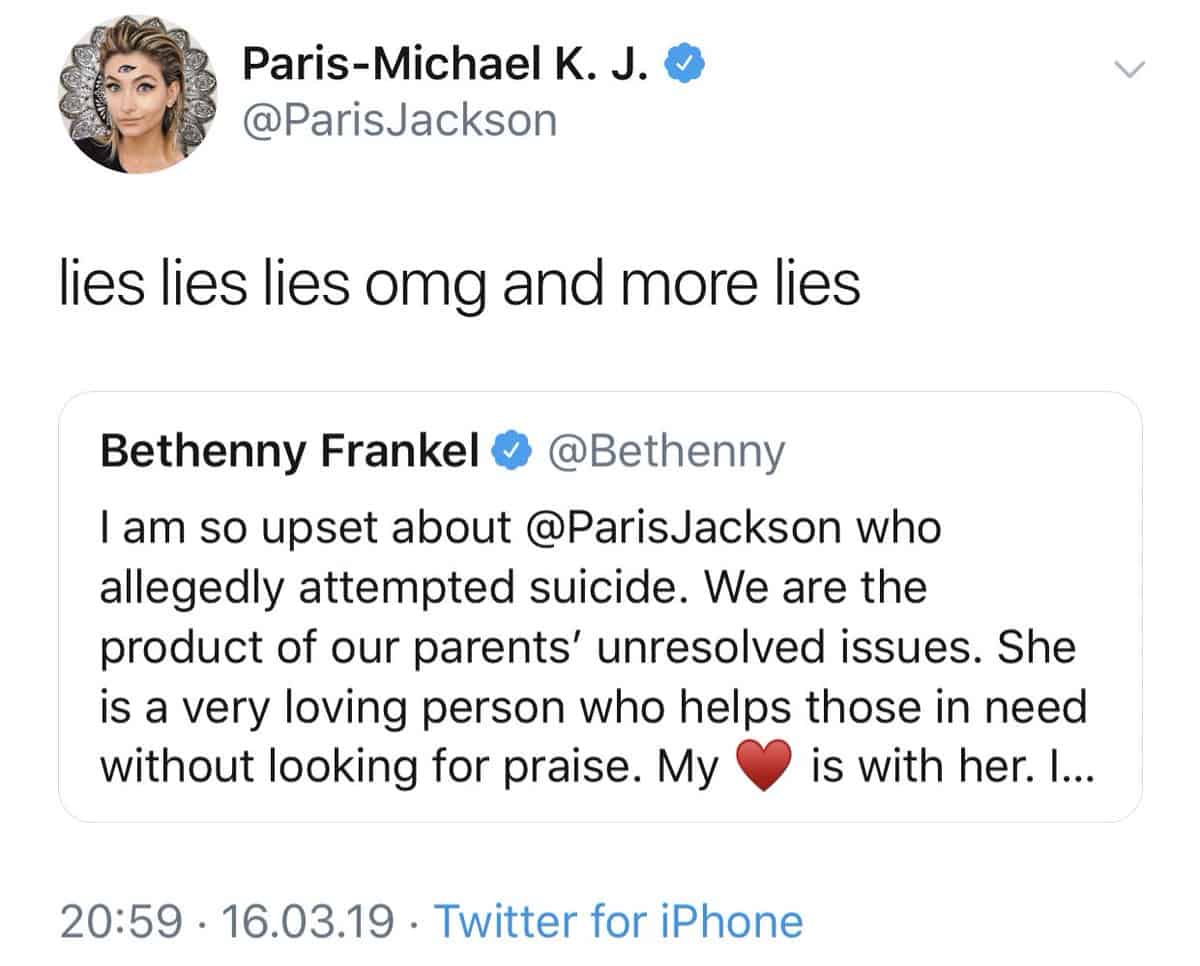 Bethenny wasn’t done yet as she later insinuated that she knew something about Paris that wasn’t public knowledge.

“Well, something is amiss. I will not explain how I know her because that would betray confidence but something is off here. That I can assure you,” Bethenny wrote. 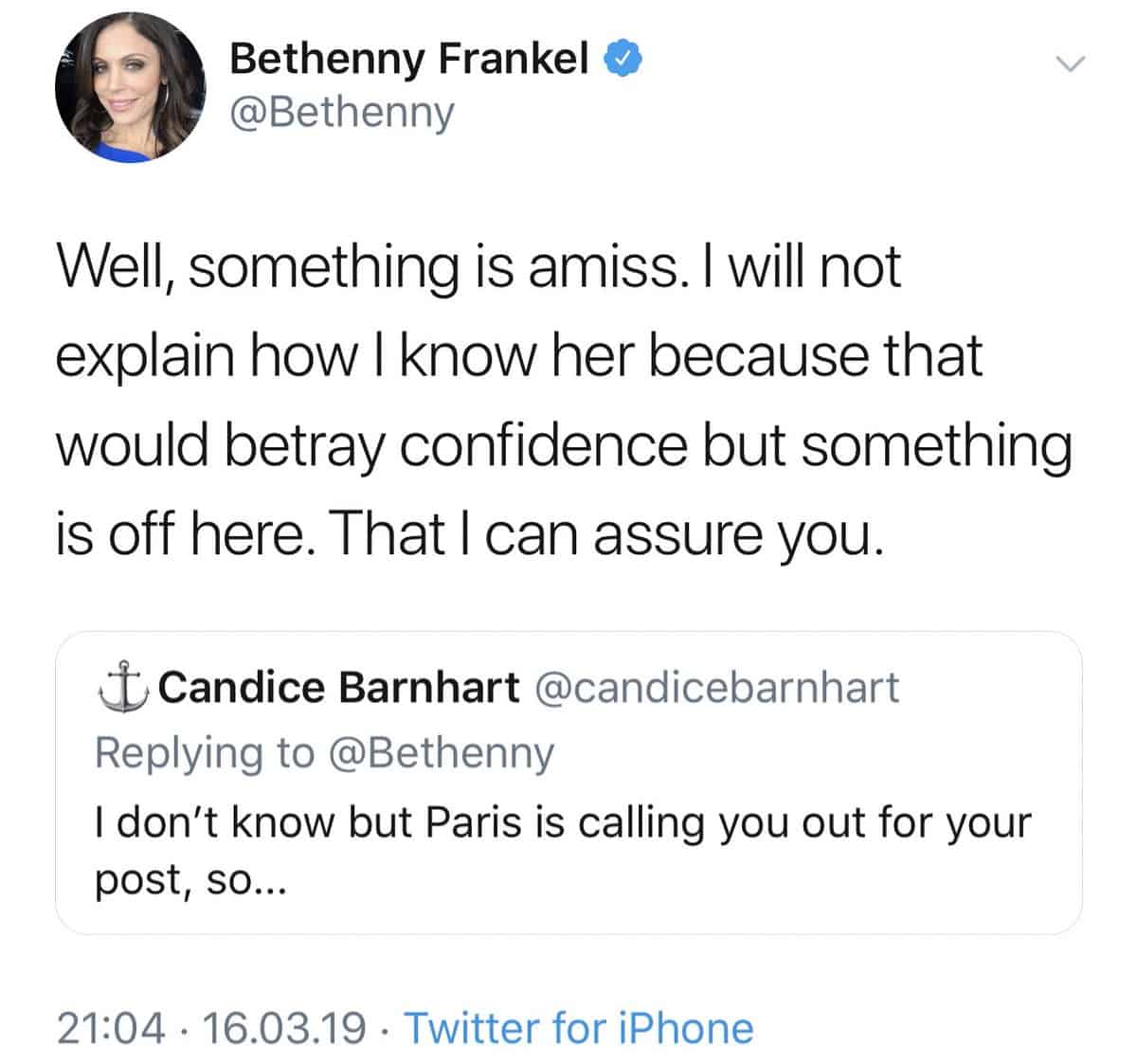 As for TMZ, they have not retracted their original claim of attempted suicide and Paris has since been photographed twice wearing long sleeves with her wrists covered up.

The original report stated that Paris was released to the care of her team of doctors. There is skepticism as it is generally believed anyone who attempts to take their own life has to be hospitalized and monitored on a 5150 hold for at least 72 hours. However, others have noted that an exception can be made if doctors are able to monitor that person in their own home.

A spokesperson for the police department also confirmed they responded to a call about an attempted suicide at Paris’ home.

“At about 7:28 a.m., officers responded to the 7200 block of Hillside for an ambulance attempt suicide. The victim was transported to a local hospital,” a public information officer with the Los Angeles Police Department, told PEOPLE.