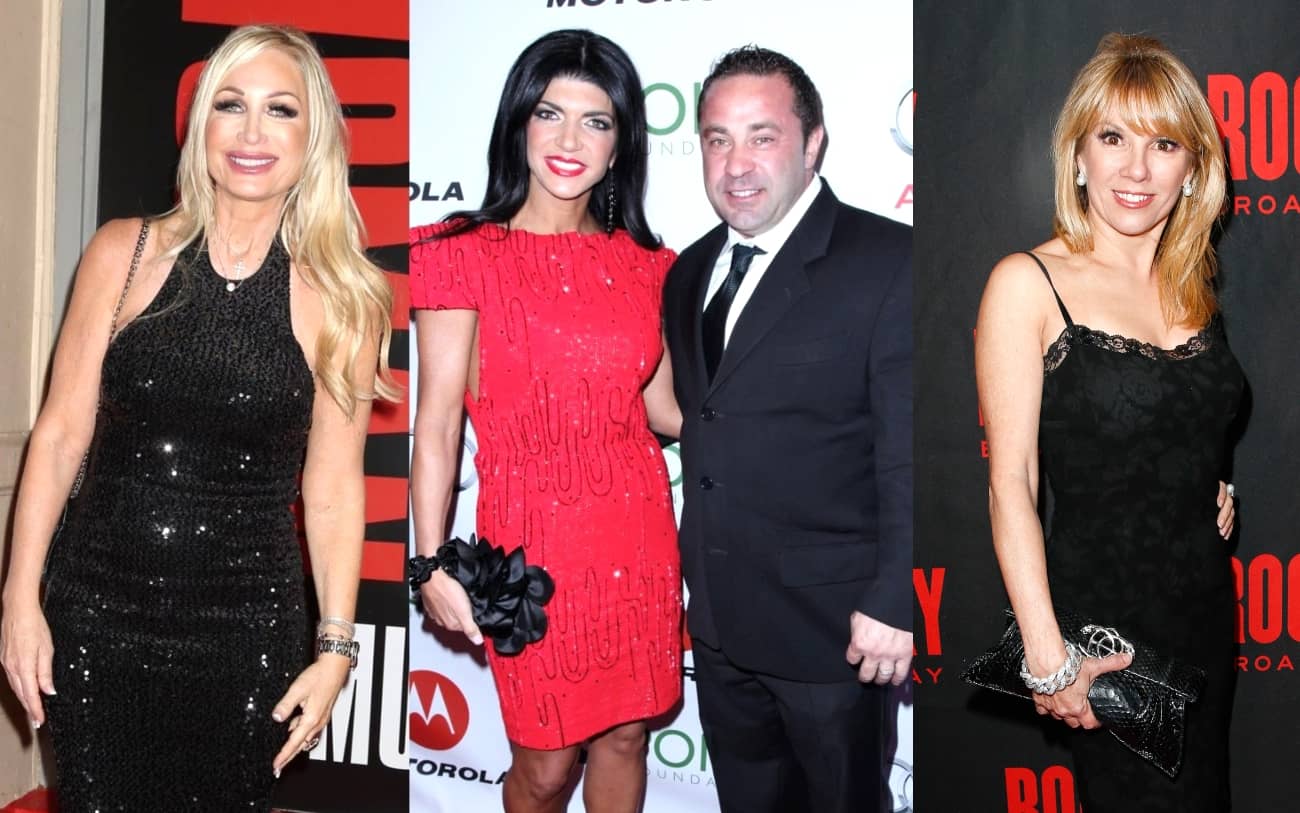 Kim DePaola is lashing out at Teresa Giudice in a new interview.

Following the conclusion of the ninth season of The Real Housewives of New Jersey, Kim appeared on The Domenick Nati Show, where she opened up about Teresa’s parenting and many boyfriends, and explained why Ramona Singer is her least favorite “housewife” of the franchise.

“I do think that Joe will be deported. I do. I like Joe Giudice. He was always respectful of me. I think he was a very good father, a much better father to the children than, I know people aren’t going to like this, but Teresa as a mother,” Kim said. “I spend more time home with my eight dogs than she does with her daughters.”

“When [Teresa] went on her before jail tour, if I didn’t hear, ‘my four daughters,’ one hundred and fifty thousand times, ‘my four daughters,’ you know, that she didn’t want to leave them… Well, she’s home now and I just could not believe the fact that she was out morning, noon, and night, especially after what these girls have been through,” Kim continued. “I don’t think she spends enough time with them and what I hear through the grapevine is the two older daughters are really picking up all the slack in the house. I don’t think that’s fair.”

As for Teresa’s love life, Kim said Teresa allegedly began cheating on Joe with a man named Shane Wierks after learning he had supposedly cheated on her during the time she was incarcerated in 2015.

“I guess she felt he had done it to her and now she had the right to do it,” she added.

Now, Kim claims, Teresa is dating 26-year-old Blake Schreck, who she was spotted with most recently at the end of last month in New York City.

“I know this for a fact. My son knows who he is,” Kim said. “My son’s ex-girlfriend went to high school with him. He lives in the next town. So this isn’t something she can lie about to me because they are friends with this guy. These kids went to school with him. Everybody knows. They are flaunting it.”

As for her thoughts on Ramona, Kim said she was an easy pick for her least favorite “housewife.”

“Ramona Singer, I’ve met her out and she’s so rude,” Kim fumed. “She thinks who she is. We are all the same but she really looks down on people and is really disrespectful and sticks her nose up to everyone. She may be even with Teresa. She’s not very nice and she’s not very funny.”

The Real Housewives of New Jersey season 10 is currently filming.