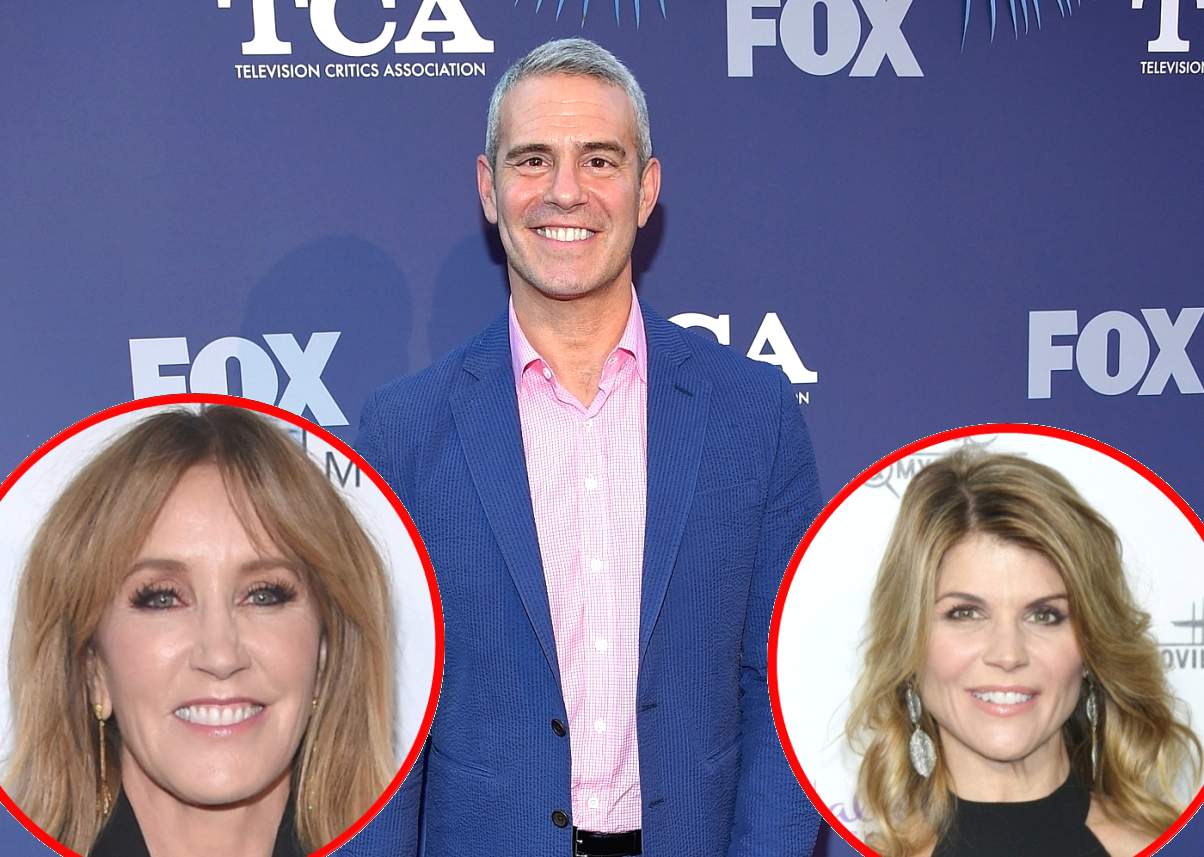 Lori Loughlin and Felicity Huffman may not be joining the Real Housewives franchise but when it comes to drama, they’ve got plenty.

Following news of the actresses’ involvement in the college cheating scandal, a Real Housewives fan page on Instagram created taglines for the two women and got the attention of series creator and Watch What Happens Live host Andy Cohen.

“My house is full, and so is my jail cell,” read the tagline given to Lori, which referenced her role as Aunt Becky on Full House.

Meanwhile, Felicity’s read, “The only thing I’m desperate for is a top-notch education,” which gave a nod to her role as Lynette Scavo on Desperate Housewives.

With diamonds around them, suggesting they would be cast on The Real Housewives of Beverly Hills if they were to join the franchise, Lori and Felicity were seen in black dresses.

In response to the Real Housewives fantasy, Andy offered a one-word response.

Lori and her husband, designer Mossimo Giannulli, are accused of paying $500,000 to have their two daughters, Olivia Jade Giannulli and Isabella Rose Giannulli, selected as crew team recruits for USC, despite the fact that neither of the girls played the sport.

As for Felicity, she and husband William H. Macy reportedly paid $15,000 to give their oldest daughter two times as much time to take her SATs than the average student and also had someone change her incorrect answers after she completed the test.

Both Lori and Felicity spent time behind bars last week as the result of their alleged schemes.