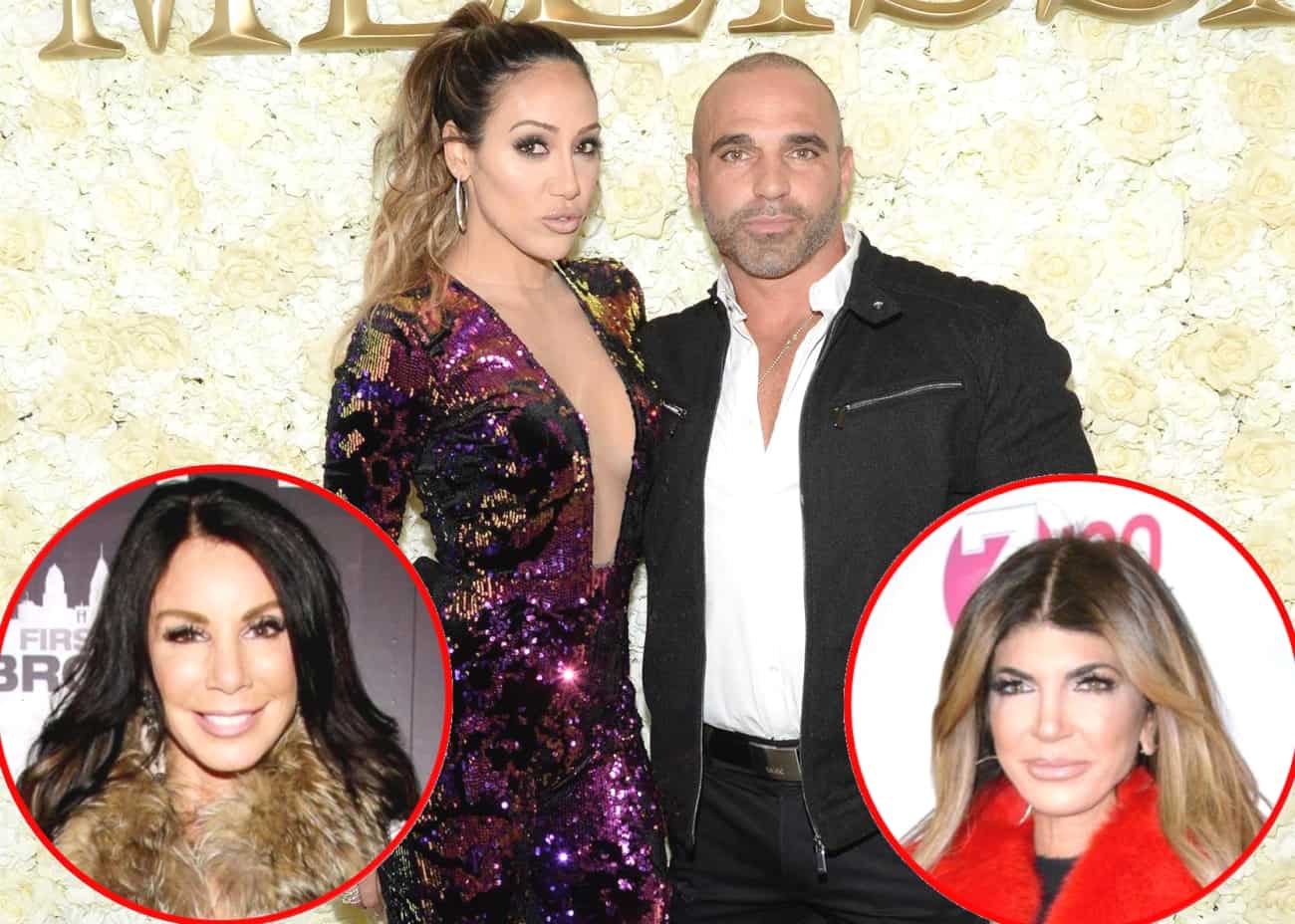 Melissa Gorga and her husband, Joe Gorga, are throwing shade at Danielle Staub and her recent engagement to Oliver Maier.

While celebrating Melissa’s 40th birthday party at Tribeca 360 on Thursday, March 28, the Real Housewives of New Jersey stars commented on Danielle’s wild and eventful love life as Melissa questioned why her sister-in-law, Teresa Giudice, is friends with her.

“Danielle is obviously different from the rest of us,” Melissa told Us Weekly. “She’s been engaged more than I can find a boyfriend in my life, so she either has a golden situation below the waist or …”

“The ‘golden goose,’ they call it,” Joe explained.

Danielle became engaged to Oliver just days after going public with their relationship and just months after her four-month marriage to Marty Caffrey came to an end. The engagement was the 21st for Danielle, who has been married three times.

“Obviously Danielle knows something I don’t know because she’s been engaged a thousand times. She’s all over the place at this point,” Melissa noted.

“We’ll see what happens with her,” she added.

As for Teresa’s friendship with Danielle, which began after her 2015 prison stint, Melissa said her husband’s sister isn’t the best at choosing good people to be in her life.