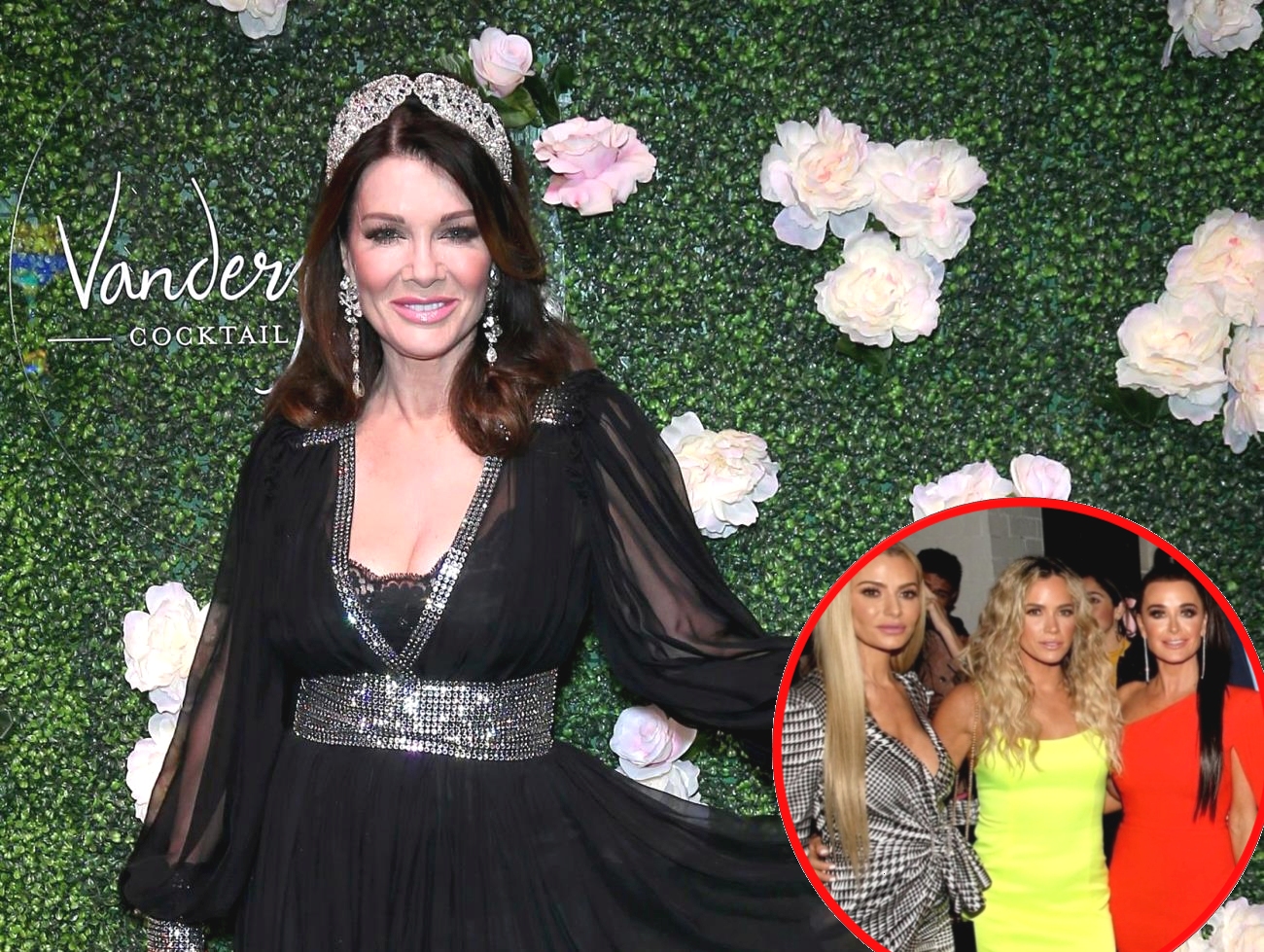 Lisa Vanderpump opened up her new bar in Las Vegas over the weekend but not surprisingly, the majority of her Real Housewives of Beverly Hills co-stars weren’t in attendance.

Although part-time star Camille Grammer and former cast member Joyce Giraud were spotted at the event, and applauded by Lisa on Twitter afterwards, none of the other women were there. In an interview, Lisa jokingly stated their absence was the result of a clerical mistake.

“Well, I did have an invitation to them because I had it on email and it was all written out for all of them, you know. And they’re not here,” Lisa told Page Six on March 31. “I think it was probably because I forgot to press the send button.”

On Saturday night, as Lisa celebrated the opening of the Vanderpump Cocktail Garden at Caesar’s Palace, Camille showed her support for her co-star by attending the event with her 17-year-old daughter Mason and their rabbit.

“We’re actually filming ‘Housewives’ here tonight, funny enough,” Lisa said. “[Cameramen are] here tonight. That’s why Camille and I — we’ve been friends for years, she came to join me.”

“She’s been awesome with me this year,” Camille said at the event. “We both have lost in our life. I lost my assistant who was with me for over 22 years and it’s like family to me. She, unfortunately, lost her brother. So she helped me, coach me through the grieving process.”

Following the event, Lisa thanked Camille for coming to her bar opening and threw shade at the Real Housewives of Beverly Hills cast, who she’s been estranged from since September of last year.

“Love [you] thank [you] for your continued support. Screw the rest lol. Amazing time spent with [you] and Rabbity,” Lisa tweeted.

love u thank u for your continued support.
Screw the rest lol.
Amazing time spent with u & rabbity. pic.twitter.com/emaOGf3Xp4

Lisa also tweeted to Joyce after seeing she had shared a video from the festivities.

“You are a wonderful friend and I adore you,” Lisa wrote.

you are a wonderful friend and I adore you.