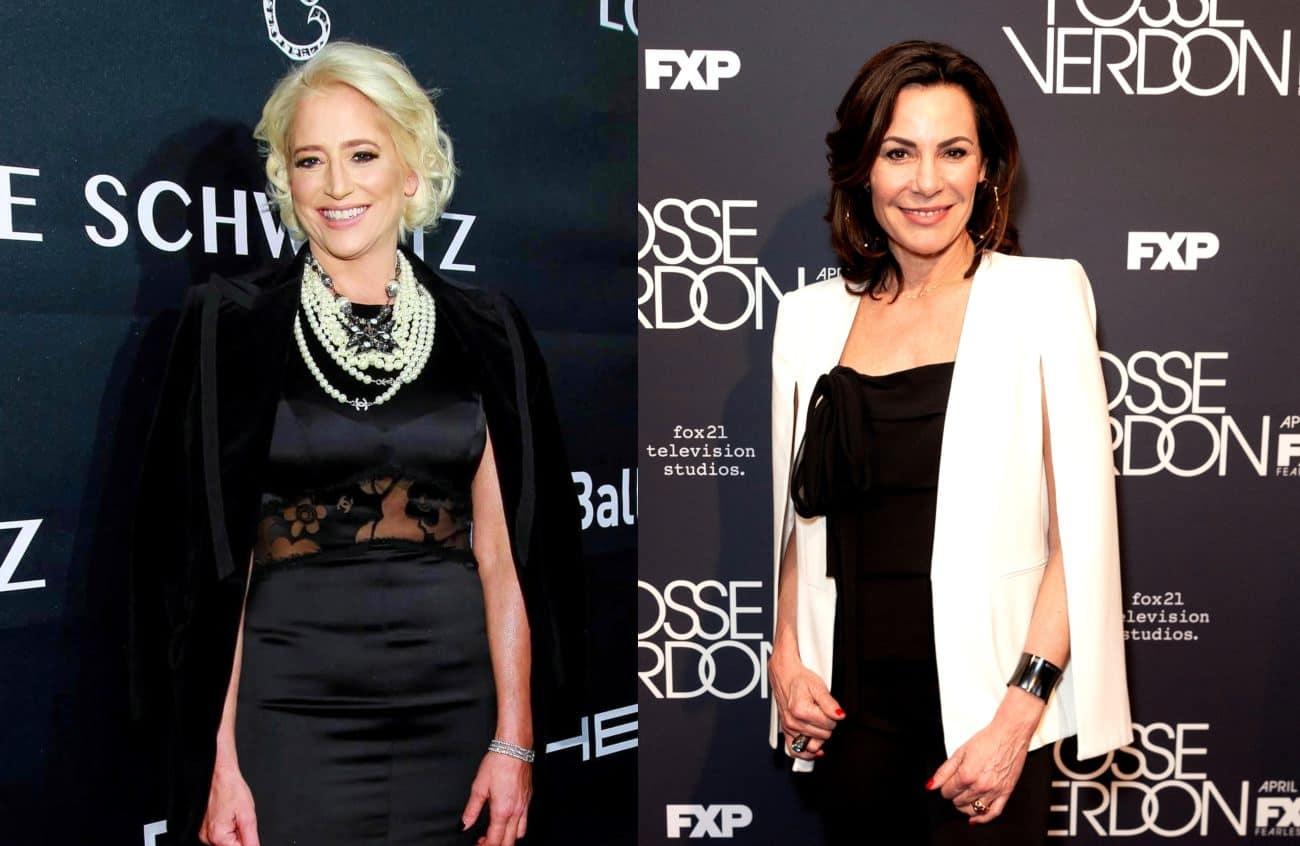 During the last episode of the Real Housewives of New York City, Luann de Lesseps was accused of acting like a “diva” by her castmates after she became highly upset over having to stay in Dorinda Medley’s “fish room” during the cast’s vacation in the Berkshires.

The drama started when Luann was informed all of the other rooms in Dorinda’s Blue Stone Manor vacation home had been selected by the other women and she would be staying in the room with the fish decor. Luann was none too happy as she felt she should have gotten the room that belonged to Dorinda’s daughter Hannah, which went to Bethenny Frankel.

In her latest Bravo blog, Luann isn’t apologizing as she denies that she behaved like a diva. In fact, she feels her co-stars are the ones who acted like divas.

“My asking about yoga and a massage weren’t meant to make Dorinda feel like an innkeeper. When I have friends in my home, I am happy to arrange whatever they ask (within reason), and we always do yoga on our trips. So when Dorinda and the girls acted like it was presumptuous of me to ask, I was surprised!,” wrote Luann.

She continued, “As for getting stuck in the fish room, I stay there EVERY TIME (why?), because the ladies never want to. So, who is the diva here?”

In Dorinda’s blog, she however calls out Luann for her “entitled attitude” and “blatantly rude” behavior.

“Where do I start with the Berkshires? I know this is going to be tough, but I am going to do everything in my power to make it as nice as possible, and if that means booking yoga, massages, and whatever else, I will do it to appease Lu… I will tread carefully to accommodate her,” began Dorinda. “Lu, on the other hand, came into the Wheatleigh with a very haughty and entitled attitude.”

Dorinda then takes aim at Luann’s demands for Bethenny’s room.

She continued, “This is just blatantly rude and unbelievable on all levels. Lets put it simply: You’re a guest, and Bethenny saved your life emotionally, financially, and physically. I’d personally sleep at “Madame Bethenny’s” (as Lu called her) feet if needed after what she and Barbara did for her!”

“By the way, the fish room is great, and I hope if I stay with you in your home, Lu, you are as accommodating as I tried to be. There are no bad rooms in my house, and it’s not in the back of the house either. These demands and this sense of entitlement is not a good look for anyone, especially you, Lu,” Dorinda concluded.

A new episode of the Real Housewives of New York City airs tonight on Bravo at 9/8c.

TELL US – DO YOU THINK LUANN ACTED LIKE A DIVA?