Home Real Housewives of Beverly Hills News RHOBH Star Lisa Vanderpump Fires Back at Erika Jayne for Implying She Hires Bots to Pose as Fans, Plus She Throws Shade at Lisa Rinna Over Report of Fake Followers!

RHOBH Star Lisa Vanderpump Fires Back at Erika Jayne for Implying She Hires Bots to Pose as Fans, Plus She Throws Shade at Lisa Rinna Over Report of Fake Followers! 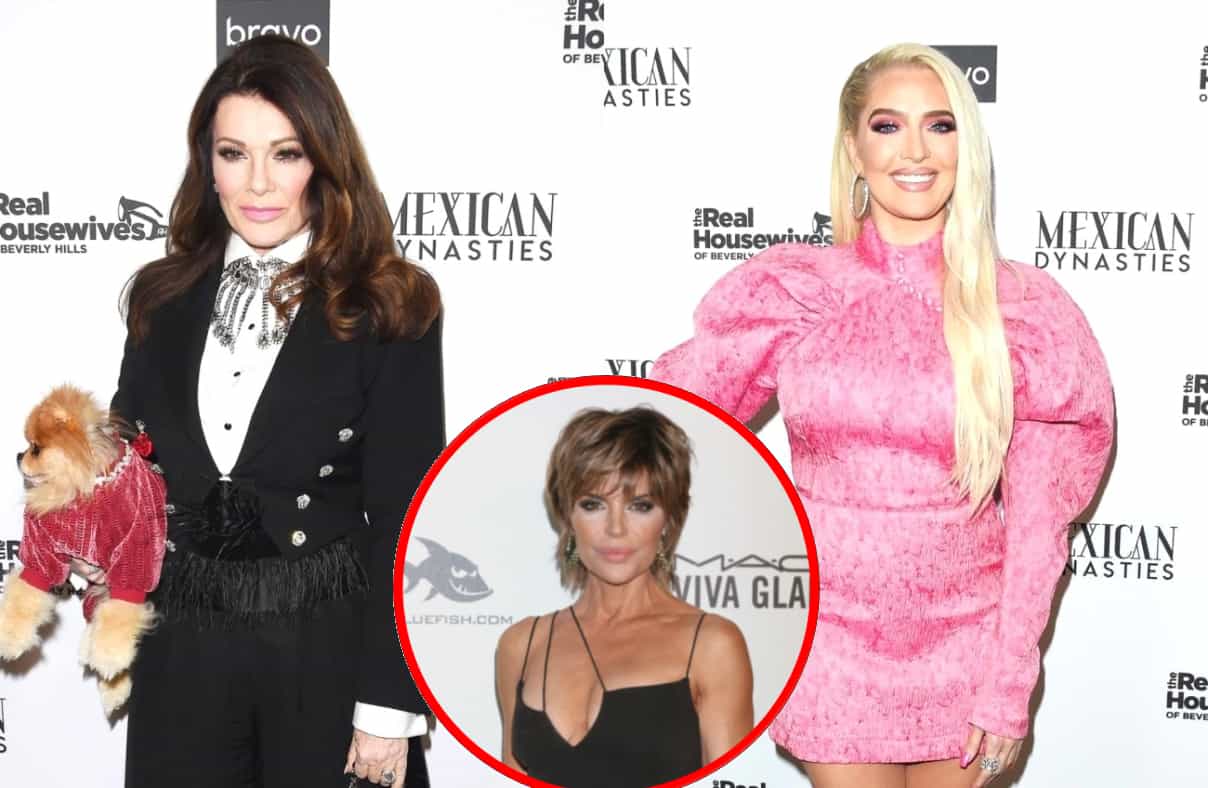 The Real Housewives of Beverly Hills star Lisa Vanderpump is firing back at her co-star Erika Jayne, after Erika implied she hires bots to pose as fans on social media. She is also throwing shade at Lisa Rinna over a report which alleged Rinna obtained fake followers.

During a recent appearance on The Jenny McCarthy Show, Erika voiced her suspicions about the overwhelming backlash she and some of her RHOBH castmates have been receiving over the Puppy Gate drama. Due to the majority of the show viewers being supportive of Lisa, after some of the cast accused her of leaking a negative story about Dorit Kemsley to the press, Erika felt some of that support, and negative feedback towards the cast, had to be coming from bots.

“I mean, there certainly are a lot of them. It almost looks mechanical in a way,” said Erika. “I’m just saying anything is possible. The numbers don’t lie. There’s a lot… I’ve never seen the hatred like this coming after five people that just happen to disagree with you.”

Following Reality Blurb’s article about this yesterday, Lisa took to her Twitter page today to fire back at the claims that she is paying people to support her and slam her co-stars online.

“I must be stupid… what is a bot.. And what is a stan?” asked Lisa on April 14, before adding: “If I pay you stan or bot or whatever… I think you deserve a raise…”

If I pay you stan or bot or whatever…
I think you deserve a raise… pic.twitter.com/ZFffB07DKK

She wasn’t done yet as she noted that paying her followers “must be expensive” since she has over 1.8 million followers on Twitter, and wondered if she could “take out a loan.”

Geez ok I get it …
There are many of you,maybe I can take out a loan… pic.twitter.com/avhZznHtAE

The shade continued as Lisa also responded to a fan who tweeted her an excerpt from a New York Times article from January 2018 which alleged her co-star Lisa Rinna was one of the celebrities they found to have bought fake followers online.

That NYT article named Rinna as one of the celebrities who “lost a substantial number of followers” after Twitter started purging fake accounts following an investigation into a company that was selling “fake followers and fraudulent engagement.”

The RHOBH airs Tuesday nights on Bravo at 9/8c.