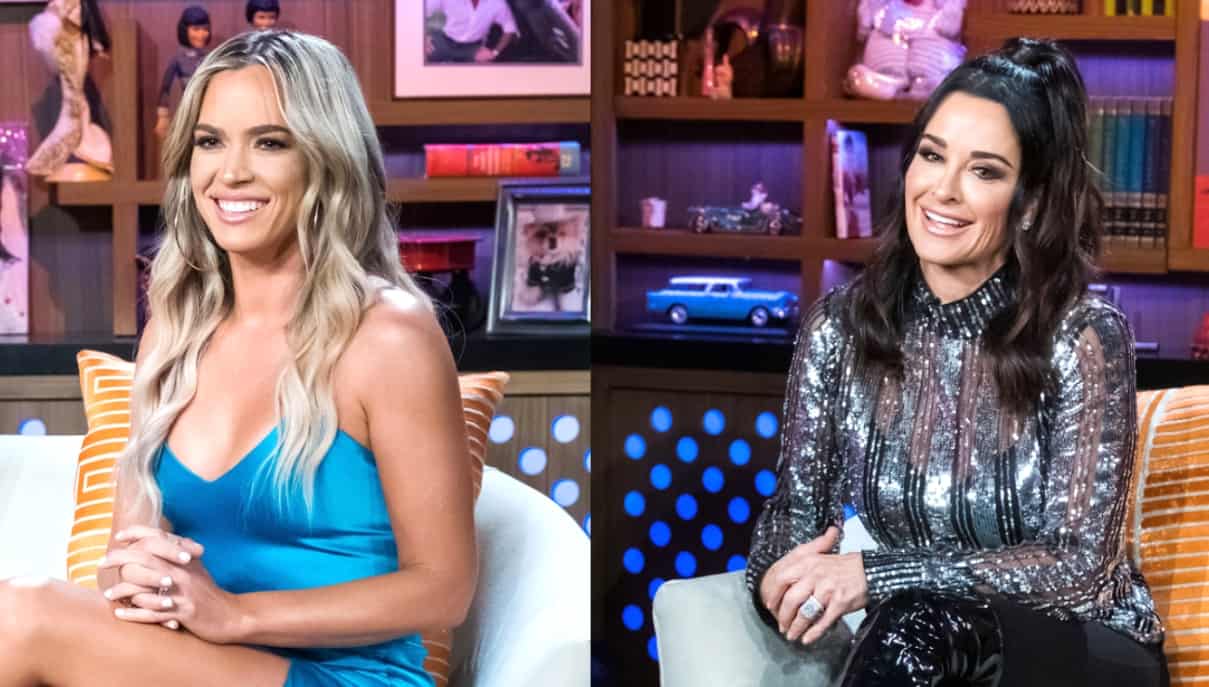 Teddi Mellencamp knows she’ll be getting some backlash from fans once tonight’s episode of The Real Housewives of Beverly Hills airs on Bravo TV.

After the accountability coach was seen lashing out at Lisa Vanderpump for suggesting she was the one gossiping about Dorit Kemsley and her adopted dog, who ended up at an animal shelter, the mother of two took to her Instagram page, where she requested empathy from her fans and followers, amid some ongoing backlash over the cast’s treatment of Lisa.

“I know I chose to do a TV show and I know there is freedom of speech but I am asking you to be mindful of the fact that we are also real people, that your words hurt and that we aren’t allowed to speak about upcoming episodes to defend ourselves or apologize for mistakes until after they air,” Teddi wrote.

Around the time of Teddi’s Instagram post, her co-star and friend Kyle Richards took to her Bravo TV blog, where she echoed similar sentiments about what is expected to play out on tomorrow’s episode. As she explained, the focus of the cast will turn to how they each came to learn about Dorit’s dog and the way in which it ended up at a shelter, and why they were all informed of the matter.

“If Lisa knew that Dorit had no ill intent, then it should have been a private matter,” she explained. “The people at Vanderpump Dogs speak to Lisa daily. She certainly told them Dorit’s story and explained that she had no bad intentions. That’s her good friend. So why bring the dog out? Why have it there? Why ask me if I recognize the dog? Plus, we all know that a misconstrued story like this can be extremely damaging.”

Kyle went on to assure fans that no one on the cast is “horrible,” even though they sometimes do things that viewers don’t agree with.

“Please keep in mind that you are watching people you feel like you know because we are sharing what is going on in our lives with you. There will be times when each of us will do things you don’t agree with. But none of the women in this group are horrible people, no matter how much some people may want to believe otherwise,” Kyle said. “I ask you to watch the season play out and don’t rush to judge. We have only just begun.”

RHOBH Live Viewing – This is also the live viewing thread, so feel free to comment and chat below as the episode airs!  Below is a preview from tonight’s new episode.