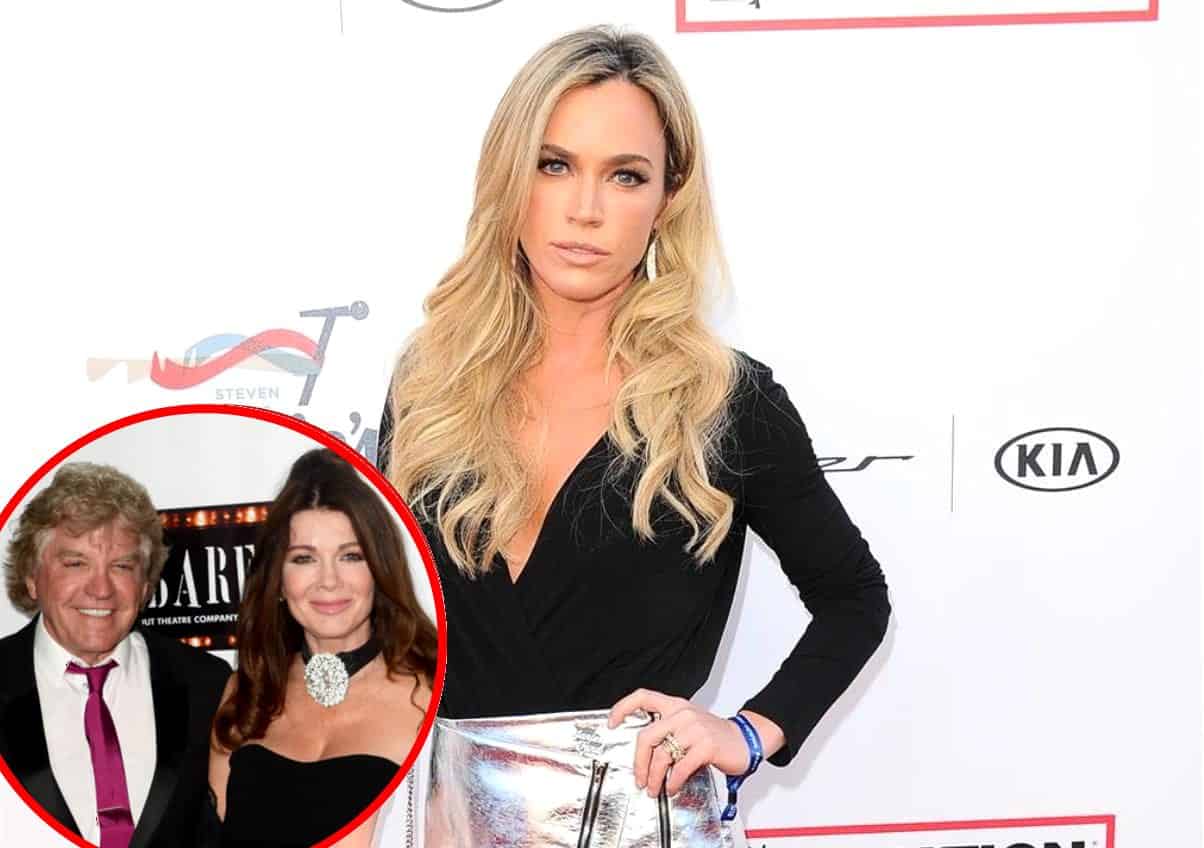 The preview for the upcoming episode of the Real Housewives of Beverly Hills shows Lisa Vanderpump and Ken Todd holding up printed text messages between Teddi Mellencamp and John Blizzard, an employee of Vanderpump Dogs.

Not surprisingly, many viewers have been trying to figure out what the text messages say. And in the screenshot below, they appear to show Teddi was plotting to expose the situation regarding Dorit Kemsley‘s decision to place her adopted chihuahua with another family, which ultimately led to the dog ending up at a kill shelter.

In the text messages, Teddi suggests to John that he bring out the dog, Lucy, during her upcoming visit to Vanderpump Dogs so that she can point out that it is Dorit’s dog.

“Have the dog there and I can say it looks like Dorit’s dog,” Teddi wrote. A screenshot of the texts is below. 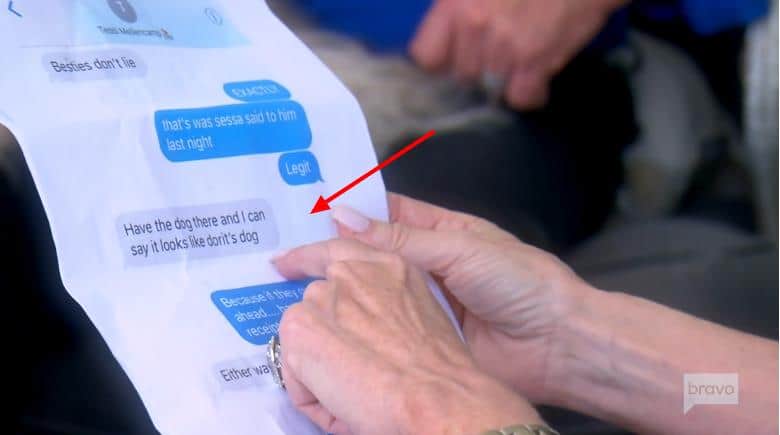 Following the previews, Teddi took to her Twitter page to call out Lisa and Ken, as she claimed she also had other text messages that could prove Lisa plotted the whole thing.

“I hope next week Ken doesn’t leave out the part in those messages that confirms Lisa set this up… neat thing about texts is I can print them out as well,” Teddi tweeted.

I hope next week Ken doesn’t leave out the part in those messages that confirms Lisa set this up… neat thing about texts is I can print them out as well. #RHOBH

In more Teddi news, she also took to her Bravo blog, where she questioned why Lisa would have had her employee, John Blizzard, tell her what happened with Dorit’s dog Lucy before “pretending” she didn’t want the story to get out.

“My intuition was already telling me that something was off when LVP was pretending that she didn’t want the Lucy info out there but had John Blizzard tell me before coming to Vanderpump Dogs. And now talking with Rinna and Kyle here, I know I have been used as a pawn to get the story about Dorit and the dog out there while LVP can pretend like she had Dorit’s best interests,” she wrote.

“LVP says I’m the only one who speaks to John Blizzard. She doesn’t speak to the guy who runs her events? She’s the one who told him to tell me!” Teddi pointed out. “If LVP was so intent on protecting Dorit, why is she not the least bit upset that John Blizzard, her employee, at a business she treasures, gave me the information, knowing Dorit and I were not in a good place at the time? Oh right, again, because she told him to tell me.”

Teddi went on to ask why Lisa would allow Lucy to be present during their filming session on the day that she and Kyle Richards visited, as she also admits her hands are not clean in this situation.

“It was all designed by LVP to get this Lucy story out there without looking like she wanted it out there,” Teddi explained. “I am not clean in this mess…I say some crappy and shady things to John Blizzard after he tells me a dramatic story that LVP wanted me to hear at a time when Dorit and I had high tensions. But it all begins with Lisa Vanderpump, and I’m realizing she’s using me as the fall gal.”