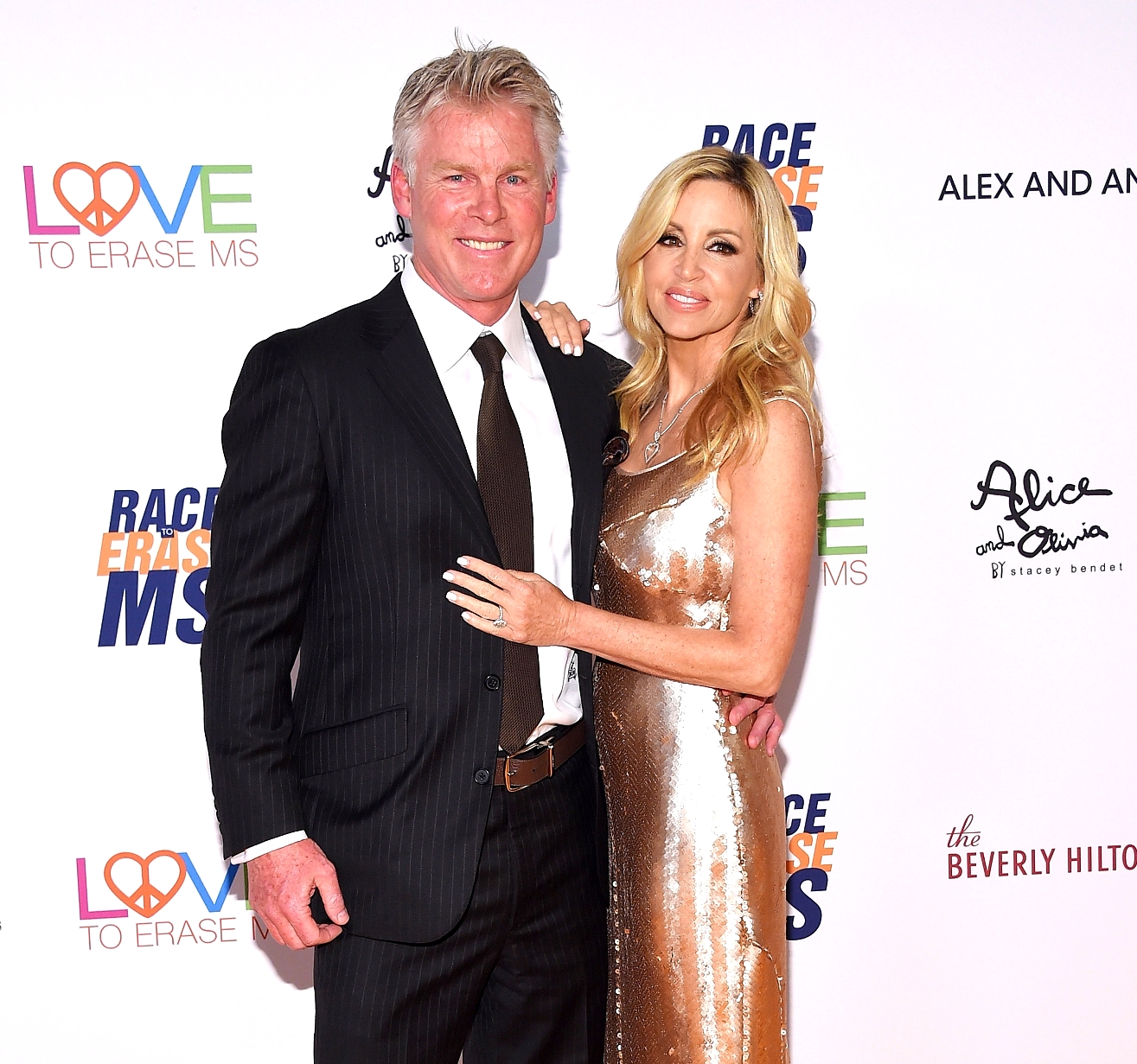 According to a new report, the Real Housewives of Beverly Hills husband, who married Camille in Hawaii at the end of last year, has been targeted with a website aimed at having him disbarred.

On April 14, Page Six revealed IMetDavidMeyer.com was launched “for the victims of David Meyer” with the goal of having David disbarred for representing a man named Troy Stratos, who reportedly conned his victims out of a whopping $43 million.

Troy is currently incarcerated at a federal prison, where he’s serving a 22-year sentence.

One of the people behind the website, money manager Tim Burns, claims to be one of David’s supposed victims and just last week, he filed a complaint against Camille’s husband in which he accused David of being involved with a plot “to defraud him and his clients.”

“If it wasn’t for Meyer, none of this would have happened. He basically ruined my life,” Tim told the outlet.

Tim claims he sent Troy $11.25 million in 2011 in a failed bid at a Facebook stock and was later sent to prison for fraud after he accessed his clients’ money to cover what he lost due to Troy’s scheme.

Below is a snippet from the website with an explanation of their agenda:

“Troy Stratos was convicted and sentenced to 22 years in Federal Prison, and David Meyer the attorney who allowed these Frauds to occur has not been charged to date, and is still practicing law as a Partner at the Highly Respected firm of Arent Fox.  Meyer, a Partner at Venable LLP at the time of these crimes, was terminated by Venable LLP within 2 months of these crimes becoming public, and joined Arent Fox immediately upon his termination.  Additionally, David Meyer has received great publicity for his recent marriage to Camille Grammer of the Real Housewives of Beverly Hills.

The entire goal of this site, is to bring to light the fraudulent deeds that David Meyer perpetrated on behalf of his client and to have him disbarred from the Legal Industry and indicted for his actions.”

Camille and David have not yet responded to the claims against David, or to the launch of IMetDavidMeyer.com.