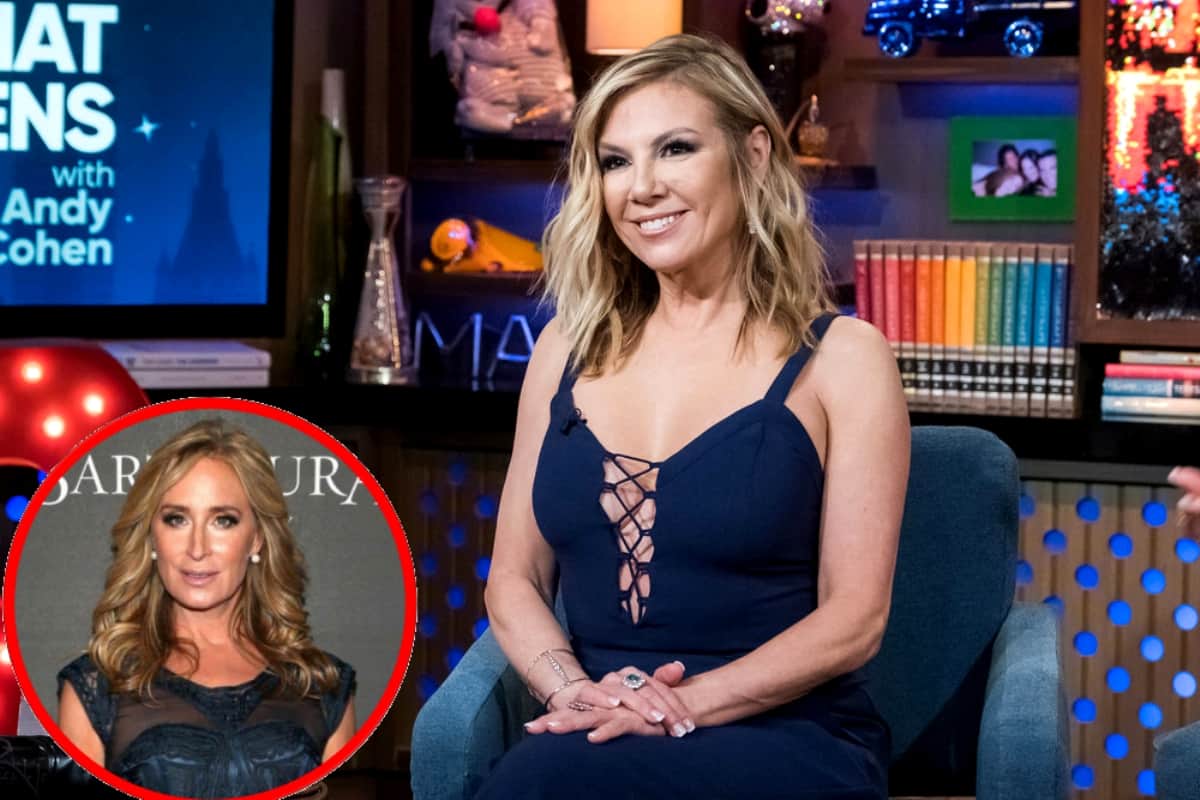 Ramona Singer was disturbed by Sonja Morgan‘s meltdown in The Berkshires.

Following last week’s episode of The Real Housewives of New York City, which featured Sonja freaking out after seeing people touch the letters kept in one of the Morgan family’s homes, Ramona spoke out about her co-star’s behavior and Sonja looked back on the incident.

“It was very disturbing for me to see Sonja react the way she did when we were in the Morgan house in the Berkshires. It was almost like she had an out-of-body experience,” Ramona told The Daily Dish. “It was almost like someone else was speaking for her. It wasn’t the Sonja I know and Dorinda described to me that that’s how Sonja was in the townhouse with her. It was like all of a sudden she had this role reversal and I didn’t even know who she was. It was a little scary.”

While Sonja was quite worked up at the time, she was genuinely worried about how the letters would be affected by the dirty fingers that were touching them.

“You shouldn’t touch historical papers because the acids in your skin deteriorate. We learn this in art school,” she explained. “You just don’t want to do that… and with photographs as well and I did learn that over the years through the Morgans and the Adams family because there were so many books that I had to keep in the libraries at different houses.”

Looking back on the incident, Sonja said her trip to the Morgan house was a “good release” for her. That said, she admittedly “let go” after a night of drinking with the other ladies.

“In Sonja’s defense, she hadn’t eaten all day,” Ramona noted. “So, when you don’t eat and you have one or two drinks, you start overreacting so yeah, Sonja was very affected and disturbed about the Morgan letters but after not eating and having a drink or two, the reaction was so much more severe.”

“It was disturbing to see the reaction. We were all freaking out,” she added.

“I just vented about these letters and historical papers but I was glad I could do it with my girlfriends,” Sonja explained.

According to Sonja, her Berkshires meltdown prompted a new outlook on her responsibilities with the family.

“I feel like because I did vent to my girlfriends who I can trust and just get boozy with, I went back to my charity work with the family with a lighter air,” she said. “Lets just say the board meetings and the different events, I take it a little bit less seriously. I’m enjoying it more.”