REPORT: RHOA Star Nene Leakes Was ‘Drunk’ and ‘Unprofessional’ During Comedy Tour After Arriving Late, Was She Drugged? See Her Response 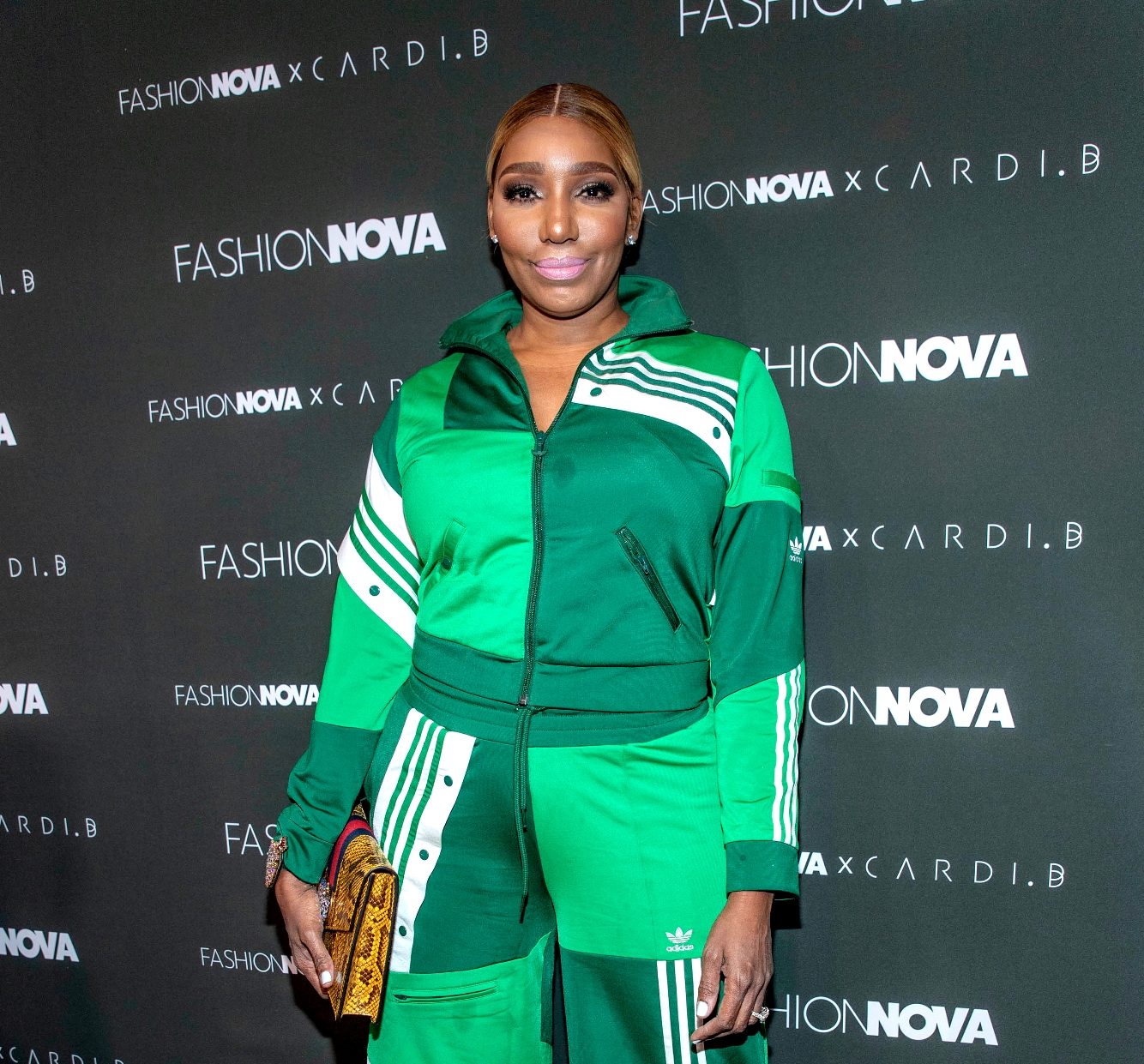 NeNe Leakes was reportedly “embarrassingly drunk” during her Ladies Night Out comedy tour stop in Maryland over the weekend.

According to a new report, the Real Housewives of Atlanta star allegedly showed up to the event at The Theater at MGM National Harbor in Oxon Hill, Maryland nearly an hour late and was said to be stumbling and disoriented during her set.

“Hey DMV [DC, Maryland, Virginia]. Get on you motherf***ing feet everybody,” NeNe yelled into her microphone, according to the Daily Mail.

While NeNe’s rep said it was the venue’s decision to start the show late, other sources claimed organizers of the comedy show had to delay the start time because they were trying to help NeNe pull herself together. 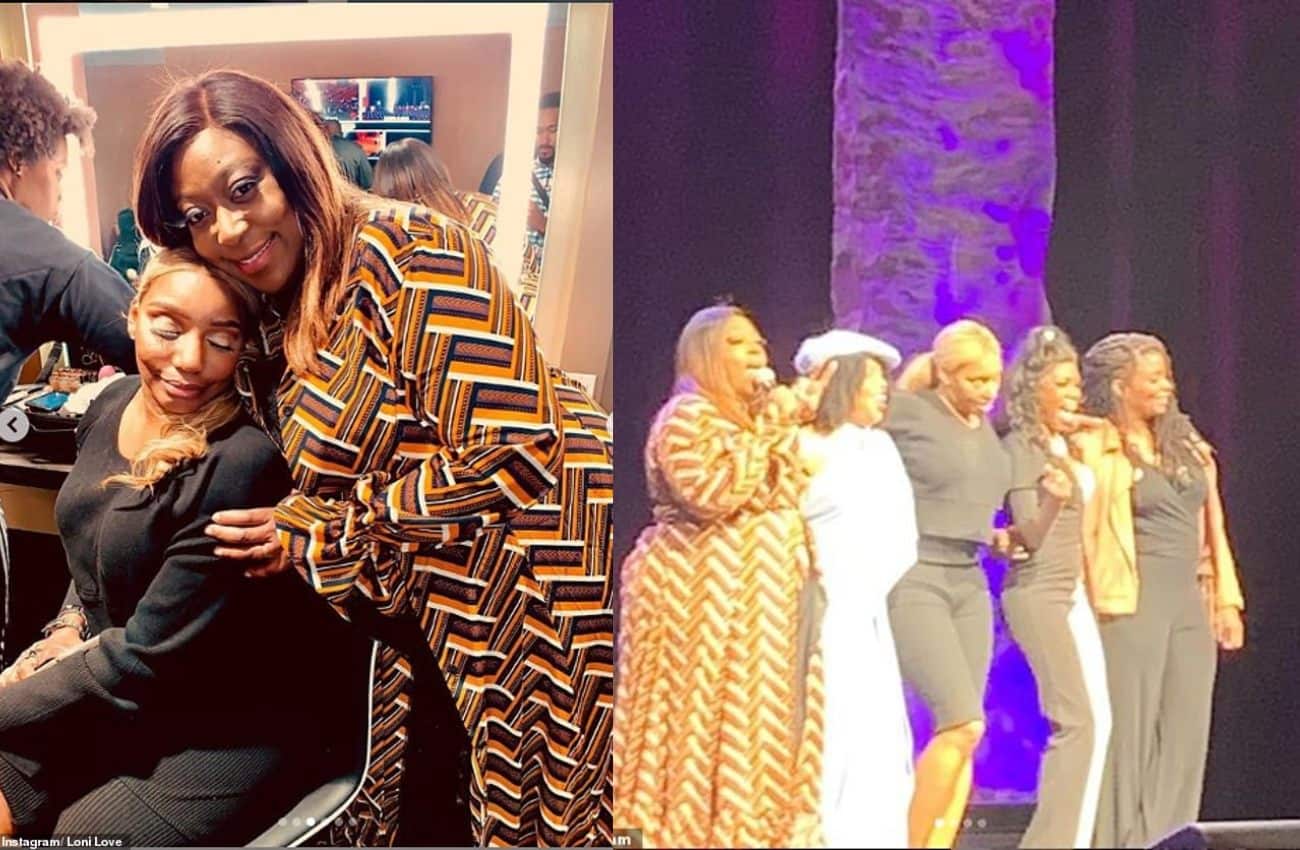 Photos of Nene from the comedy tour

While some of NeNe’s jokes during the show got a few laughs, things reportedly went downhill from there and as she attempted to bring the show’s first comedian to the stage, she misidentified Janelle James and said, “Give it up for Jes James.”

“Thank you all of the applause because you don’t know me. And apparently, neither does NeNe Leakes because my name is Janelle James, not Jes James,” Janelle said as roar of laughter came from the crowd.

Following Janelle’s set, the audience appeared to turn on NeNe.

“I can’t believe NeNe would show up to host this show drunk. It’s so unprofessional,” someone was heard saying.

“This b***h ain’t drunk, she’s f**ked up! Somebody better get her off the stage,” another person added.

After Loni Love joined NeNe on stage, she reportedly took over the reality star’s hosting duties and introduced the night’s headliner, comedian Adele Givens. Then, as the show came to an end, NeNe returned to the stage for a curtain call without her microphone and never again addressed the crowd.

“It was a mess backstage. NeNe had this enormous entourage and everyone was scrambling trying to get her together each time she was supposed to go on stage,” an insider said. “She kept saying, ‘somebody put something in my drink bitch. I only had two drinks; I ain’t supposed to be this drunk.'”

“She was embarrassingly drunk, barely able to walk and was slurring when she spoke. Not how any professional should show up to host a show,” added someone close to the tour.

Following the incident, NeNe released a lengthy statement via her rep.

“The decision to begin the show late was made by the VENUE. Not by Nene Leakes. Nene was backstage with the other comedians watching video footage of the audience filing into their seats which was still occurring approximately 10 minutes prior to their scheduled start time of 8PM.

“Nene takes her professional commitments very seriously. She was not intoxicated, and therefore she did not stumble nor was she disoriented. She started the show by welcoming the audience as she does in every city, which was met by applause and positive fan response as usual. Any comment made about her material or comedic timing is someone’s personal opinion.”

According to NeNe’s statement, she did misidentify Janelle but said it was an honest mistake and noted that they had only worked together twice. The statement then confirmed that there are “no negative feelings” between NeNe and Janelle at this time.

“Loni Love never took over Nene’s hosting duties. This is absolutely incorrect. At the end of every show, Loni concludes her set by introducing Nene and bringing her back to the stage to ‘thank’ her for being their host for the evening. Every time Nene was expected to take to the stage as host, she did so.”

As for what led NeNe to feel ill, her statement suggested it was a vitamin she had taken on an empty stomach prior to the show, which she followed up with a cocktail backstage.

“As Nene takes every professional commitment seriously, Nene assured everyone backstage that she was OK and would still do the show as planned despite feeling incredibly sick and unsure of what the cause was. Immediately after the show, Nene did confide in Gregg and those backstage ‘Why would I be sick like this. I only had ONE drink. Who made this for me, did someone put something in my drink?'”

While NeNe did suspect that someone may have spiked her drink, it is unclear if that actually happened.

NeNe and her co-stars will reunite for filming on The Real Housewives of Atlanta season 12 in the coming weeks.