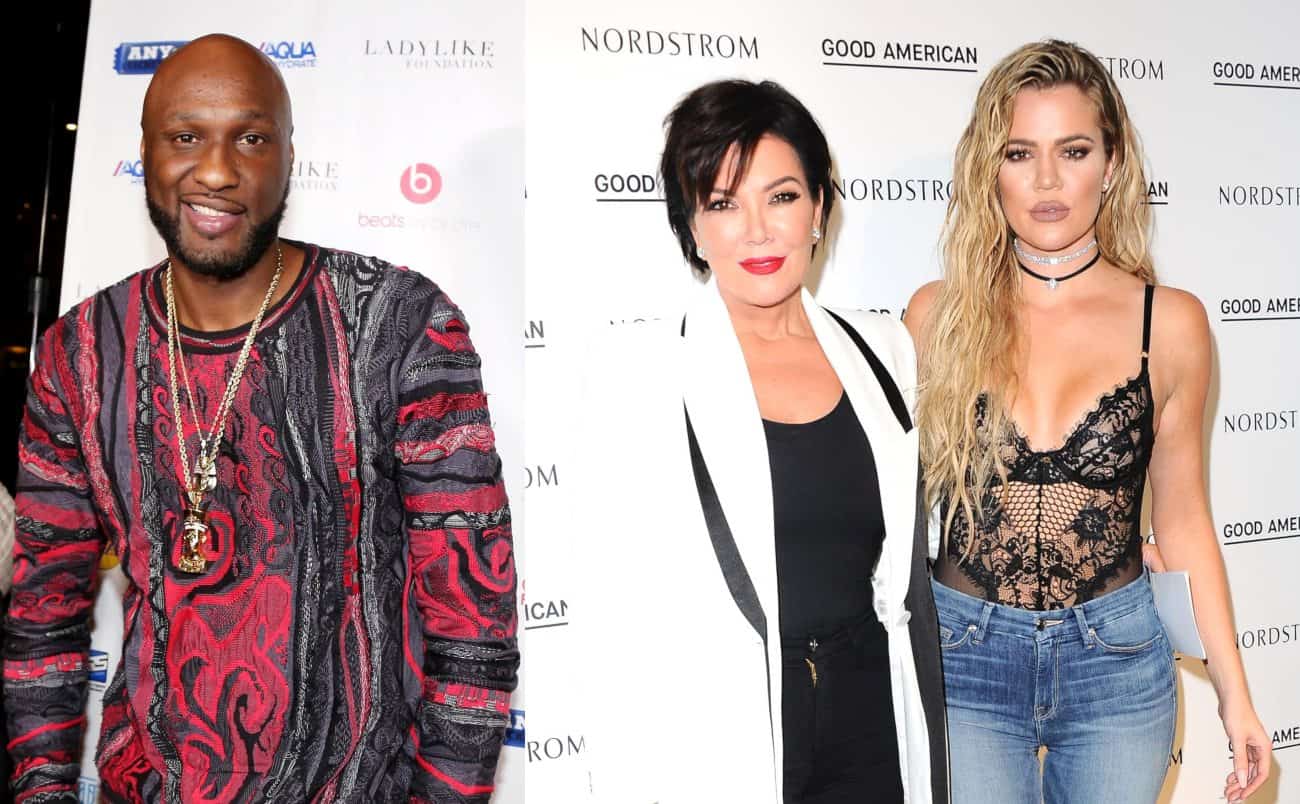 Lamar Odom is breaking his silence in his new book, as he opens up about his life with sex, drugs, cheating and his life with Khloe Kardashian. In the book, he takes aim at Kris Jenner, revealing that she may have set him up.

In his book, Darkness To Light, Lamar takes aim at the Keeping Up With the Kardashians momager, Kris, revealing that she had set him up. The incident happened after his marriage to Khloe started to fall apart. Lamar claims that Kris called him, saying that Khloe wanted to speak with him after she finished a SoulCycle class. But as he showed up to meet Khloe, he realized that she had no idea what was going on.

Photographers were on hand to capture the whole incident.

“It had to be Kris,” Lamar, 39, writes in his book. “Kris knew this was my last chance, but she didn’t want a drug addict in the family. It wasn’t good for business. Any chance I had left with Khloe exploded on the spot. It was always about her brand. I was nothing to her.”

One of the reasons why Lamar and Khloe’s marriage fell apart was his cheating. And in his book, Lamar puts a number on the women he has been with.

“I’ve had sex with more than two thousand women,” he boldly writes, revealing that he doesn’t remember most of their names.

Most of these women were one-night stands and strippers. Interestingly, he would often leave $2,000 on the nightstand after a hookup.

“Most of my sex had been unprotected, and I’ve paid for plenty of abortions over the years,” he added. “I’m not proud of it. It’s the law and legal, but I don’t feel proud about it at all. I am a sex addict.”

Khloe herself caught him cheating by checking his Black Card statements. She tracked his movements to the Hotel Roosevelt in Hollywood, where he admits to hooking up with two strippers, and took drugs. Khloe, Kris, and their security would eventually knock on the hotel door.

“Khloé opened the door and pounced on the first girl she saw,” said Lamar. “Try to imagine the scene: Khloe’s beating the s–t out of one of the girls who tried to protest. She’s dropping vicious blows all over the top of this girl’s head. Kris is screaming and her security guard jumps in and pulls Khloe off the beaten stripper. Khloe tells me to gather up my things, and the guards quickly remove all traces of the drugs. We sneak out of a back door of the Roosevelt and disappear into the night.”

After his public split from Khloe, 34, he would continue to use drugs. Lamar ended up at the Love Ranch in Nevada, where he would spend four days doing drugs. He was hospitalized after an overdose. He would miraculously survive after suffering 12 seizures and six strokes.

“In the middle of the chaos, they were still trying to protect their brand,” wrote Lamar, giving special praise to Kim Kardashian and Khloe for sticking with him while he was unconscious in the hospital.

Lamar ends the book with sweet words for Khloe, calling her the love of his life and gives thanks to the entire Kardashian family for embracing and loving him. He also notes that Khloe is an amazing mother to her daughter True.

In this article:Lamar Odom, Kris Jenner, Khloe Kardashian, Keeping Up With The Kardashians