by Lauren Mills May 31, 2019 33 comments
ShareTweetWhatsappPinterestRedditTumblrMailFlipboard 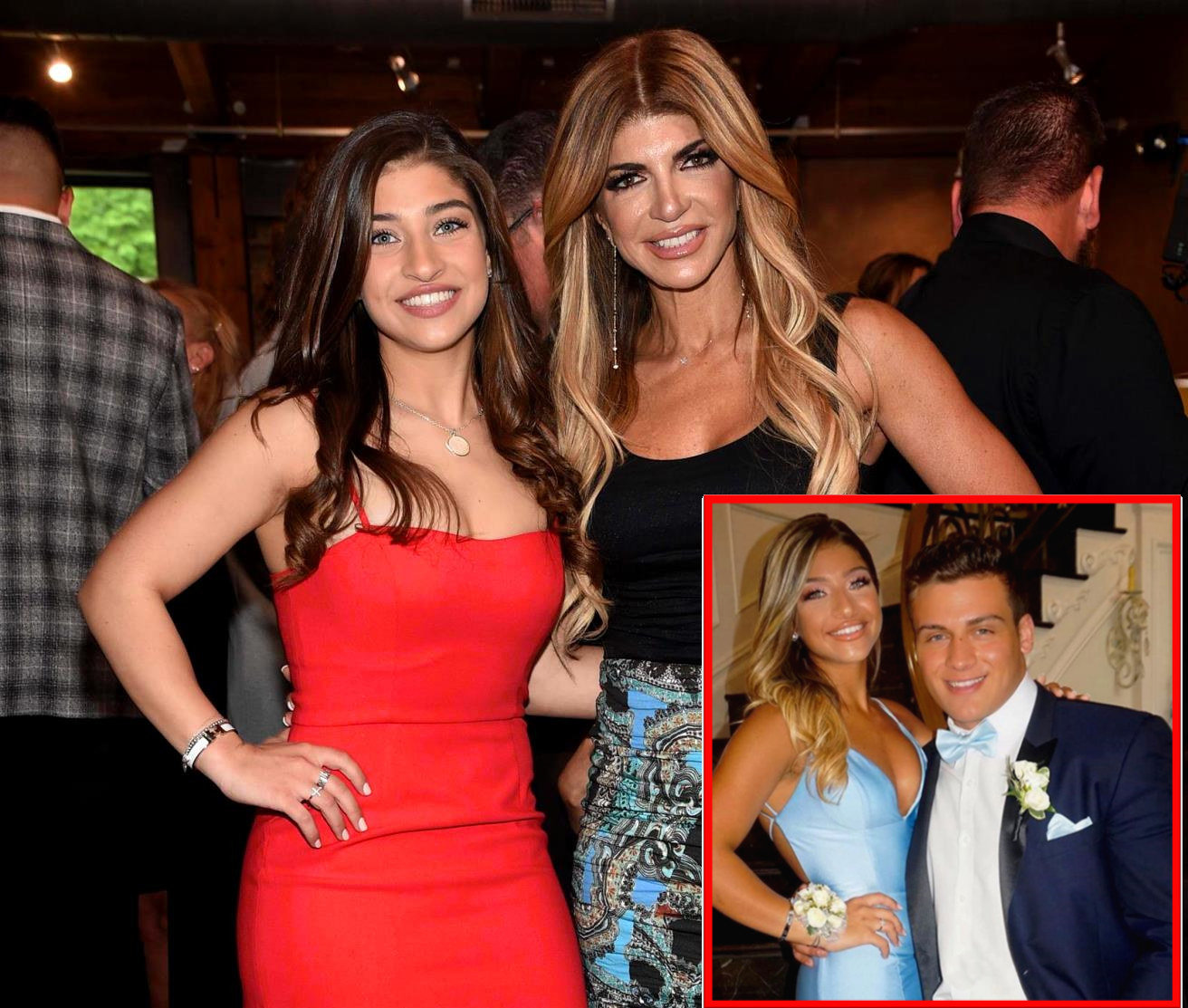 Gia Giudice and her friends got ready for prom at her house and her mother, Teresa Giudice, proudly documented everything on Instagram. The Real Housewives of New Jersey star showed off her daughter’s beautiful dress and revealed a familiar face as Gia’s date.

Gia, 18, attended prom with Dolores Catania‘s son, Frank Catania Jr., as Teresa shared a video of Gia walking down her iconic staircase in her beautiful dress before all of the guests arrived at their New Jersey home. 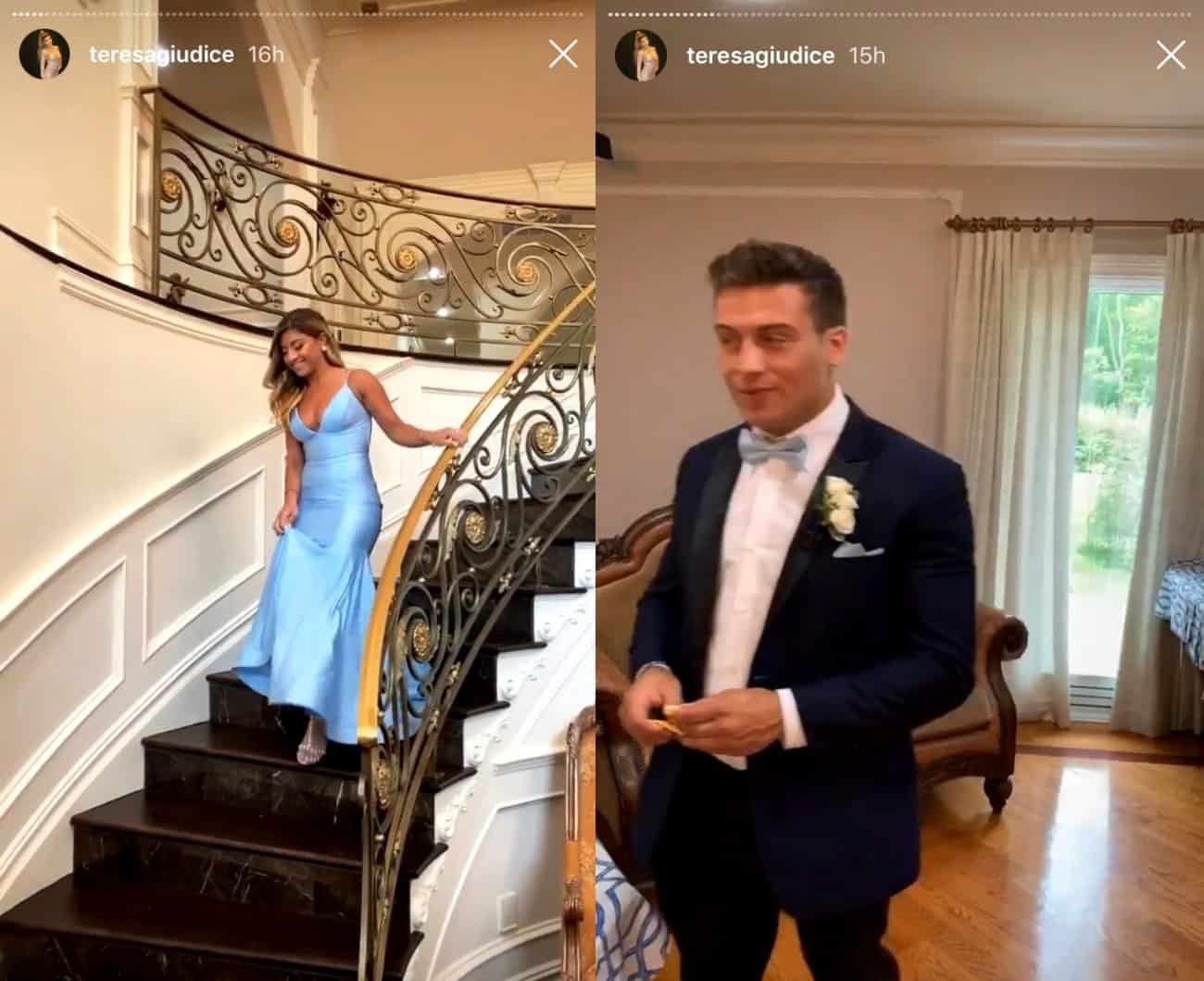 Teresa also threw a pre-prom bash for Gia and her friends. In her Instagram Stories, she walked fans through their backyard and new pool, showing how she had decorated the yard and inside her home with big prom balloons. 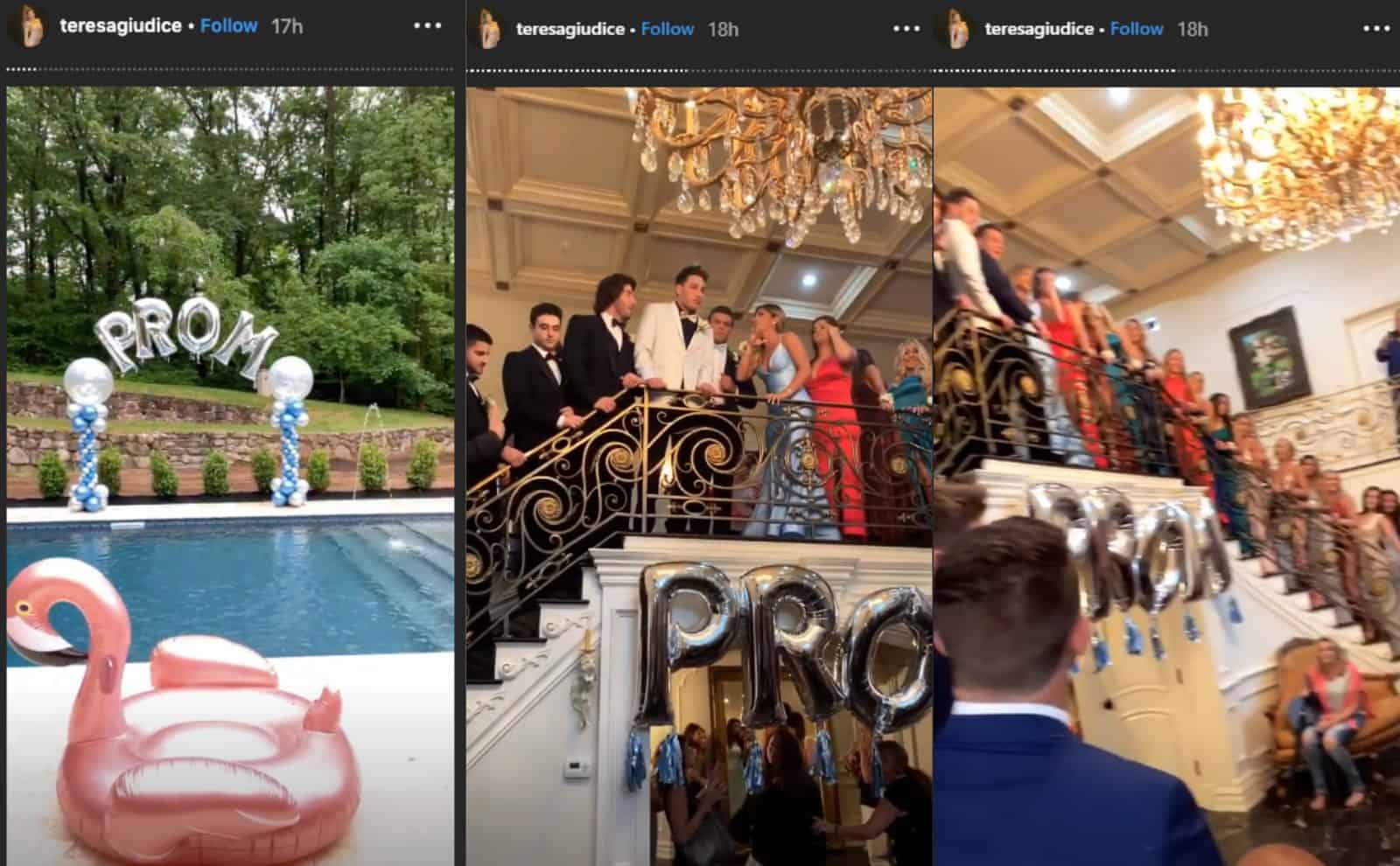 Gia and Frankie looked happy as they posed for photos.

Gia wore a gorgeous baby blue dress that fit her like a glove.

Now that Gia has prom behind her and has wrapped up her high school years, this RHONJ star is ready to tackle a new chapter in her life. She recently revealed that she will attend Rutgers University in New Brunswick, New Jersey, which means she’ll be staying close to home. She shared a photo on Instagram, revealing she’ll be the class of 2023.

While Gia didn’t reveal what she would be studying, Teresa had previously revealed that Gia has expressed interest in pursuing a career in law because of her father’s legal issues. Joe Giudice has been in ICE custody since his prison release back in March and he’s currently waiting to see what immigration courts decide in terms of his future in the country.

Joe’s appeal to stay was previously denied, but he has gained support from former immigration judges. Gia has also played a role in her father’s legal battle by starting a petition to spread the word about her father. Even Andy Cohen revealed he had signed the petition.