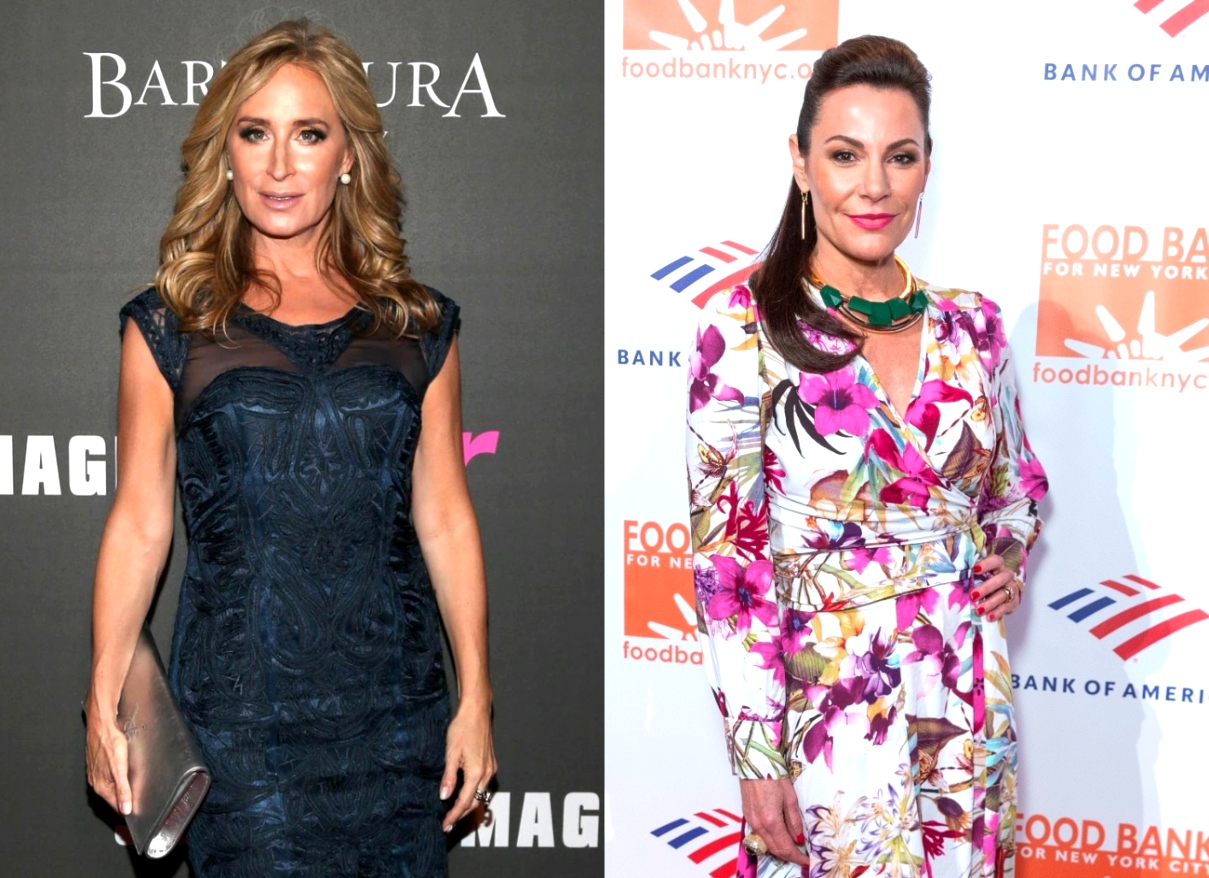 Sonja Morgan traveled to Miami, Florida with her co-stars during this week’s episode of The Real Housewives of New York City and she got very drunk. Now, she’s addressing her behavior that night as Luann de Lesseps doubles down on her suggestion that Sonja was taking pills. Also below, Luann jokes about her legal drama during her cabaret show.

In a new interview, Sonja explained what led to her meltdown in Miami, as she admitted she might have gone too far after abstaining from alcohol for months.

“When you’re not drinking very much for maybe a couple of months or three months, you can’t get to your vacation on that first night and do the blowout night and drink alcohol you never drank before,” said Sonja to Life & Style. “I’ve never drank rum, it just went down like water, the welcome drinks, hadn’t eaten all day on the travel day, didn’t sleep before because I was worried I was going to oversleep and miss my flight. Ya know, all of those factors added up to KABOOM.”

“But again, if you’re out with your girlfriends and you’re renting a house and you have security and ya know, you’re pretty much safe,” she added. “I don’t do that normally. It was a one-off moment.”

Luann, who remained sober on the trip due to her probation, spoke on the RHONY After Show of having to deal with her drunken co-star while sober.

“It’s hard enough for me to stay sober and then to have to witness this being sober is just very hard. I’ve been around a lot of drunk Sonja in the past and it’s not easy because you have to put her to bed, you have to take care of her,” stated Luann.

Luann also questioned whether Sonja was more than just drunk. During the episode, Luann wondered if Sonja had consumed pills, as she appeared more wired than usual. And in another interview for the Real Housewives of New York After Show, Luann elaborated on her comments.

“It was above and beyond Sonja. She just wouldn’t stop talking. She was taking over the whole rehearsal. It was a disaster,” Luann revealed about Sonja’s behavior at her rehearsal for her cabaret show, where Sonja was active and happy.

Tinsley Mortimer revealed that she didn’t like how Luann was questioning someone else’s sobriety when Luann has an interesting past with substance abuse. She was recently found guilty of violating her probation but managed to score another deal to stay out of jail. Dorinda also stated that Luann “shouldn’t throw stones when [she lives] in a glass house.”

As for Luann’s opinion, she doubled down on her pill allegations about Sonja.

“When I referred to Sonja taking drugs, I’m talking about popping a Xanax once in a while,” said Luann. “I mean, it’s quite possible Sonja could be on something. The whole world is on something right?”

“I was hurt when Luann said that,” Sonja said about Luann’s comments. “I think she’s projecting a lot.”

In more Luann news, she has resumed her cabaret shows after narrowly avoiding jail last week, and appears to be making light of her legal situation.

According to Us Weekly, Luann “poked fun at her stays in rehab and sang a few lines from rehab by Amy Winehouse, which had everyone cracking up.”

One audience member, who attended the Countess and Friends Show in Atlanta, Georgia on May 30, tells the site: “The funniest joke I can remember was,’So, I almost didn’t make it tonight, ladies! Had a bit of a hold up in Florida a few days back.’”

The Real Housewives of New York City airs Wednesdays at 9/8c on Bravo.