Home Real Housewives of New York City News Anthony Scaramucci and Wife Deidre Discuss Joining RHONY as Deidre Admits to Being a Kim Zolciak Look-Alike, Why Does He Think She’d Be Perfect for the Role?

Anthony Scaramucci and Wife Deidre Discuss Joining RHONY as Deidre Admits to Being a Kim Zolciak Look-Alike, Why Does He Think She’d Be Perfect for the Role? 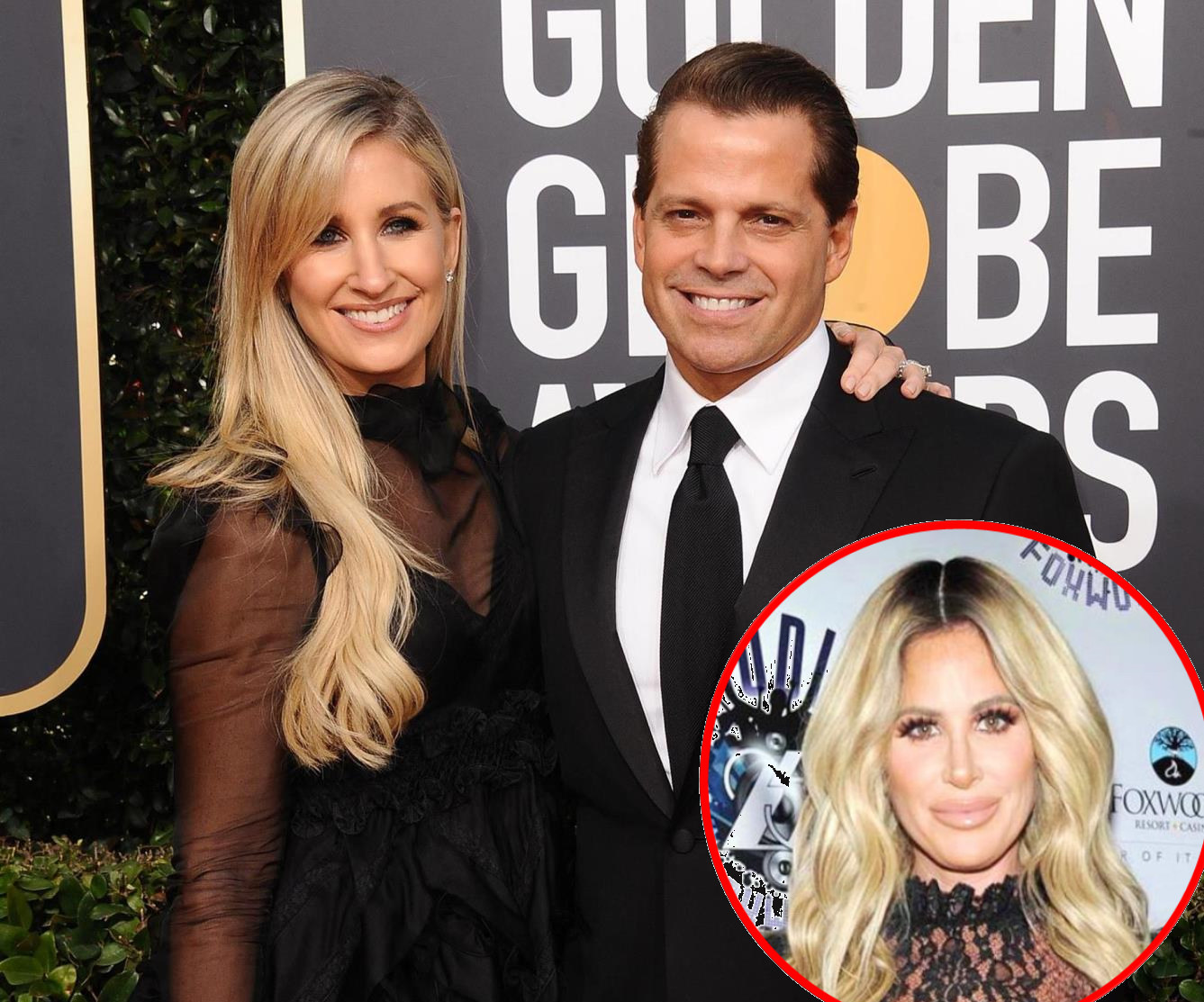 Is Anthony Scaramucci‘s wife, Deidre Scaramucci, ready to sign on for the upcoming 12th season of The Real Housewives of New York City?

Following a report which suggested Deidre is in talks to join the cast after the potential exits of Tinsley Mortimer and Barbara Kavovit, the former White House Director of Communications and his wife spoke out about her rumored addition to the series.

“I can’t really get into too much detail but I would love, you know, to do the show if they really wanted me to do the show. But right now, you know, we are just sitting here waiting. Stay tuned,” Deidre teased during the latest episode of their RADIO.COM podcast, Mooch and the Mrs.

“Anthony would love for me to do the show,” she added.

While Anthony and Deidre haven’t yet been confirmed for the series, Deidre has already been facing criticism online due to her husband’s past ties to President Trump.

“They are calling us ‘Trump rubbish,'” she explained.

Deidre has also been told that she is “not interesting” and that the only reason Bravo TV is interested in adding her to the show is because of her husband’s notoriety.

Then, when her husband, who joined the cast of Celebrity Big Brother earlier this year as a fake houseguest, asked her if she would agree to appear on the show, Deidre replied, “maybe.”

According to Anthony, his wife would be perfect for the series because she has a “translucency to [her] personality.”

“You are totally comfortable not trying to hide sh*t and I think that’s really impressive,” he explained. “It’s a perverse sign of wacko, major security actually.”

“Everyone always says, especially when I go to the airport, and I go through TSA, they always tell me that I look like Kim Zolciak,” shared Deidre.

Anthony added, “That’s a compliment to Kim Zolciak. Shout-out to Kim. If you look like my wife, you’re definitely hot stuff.”