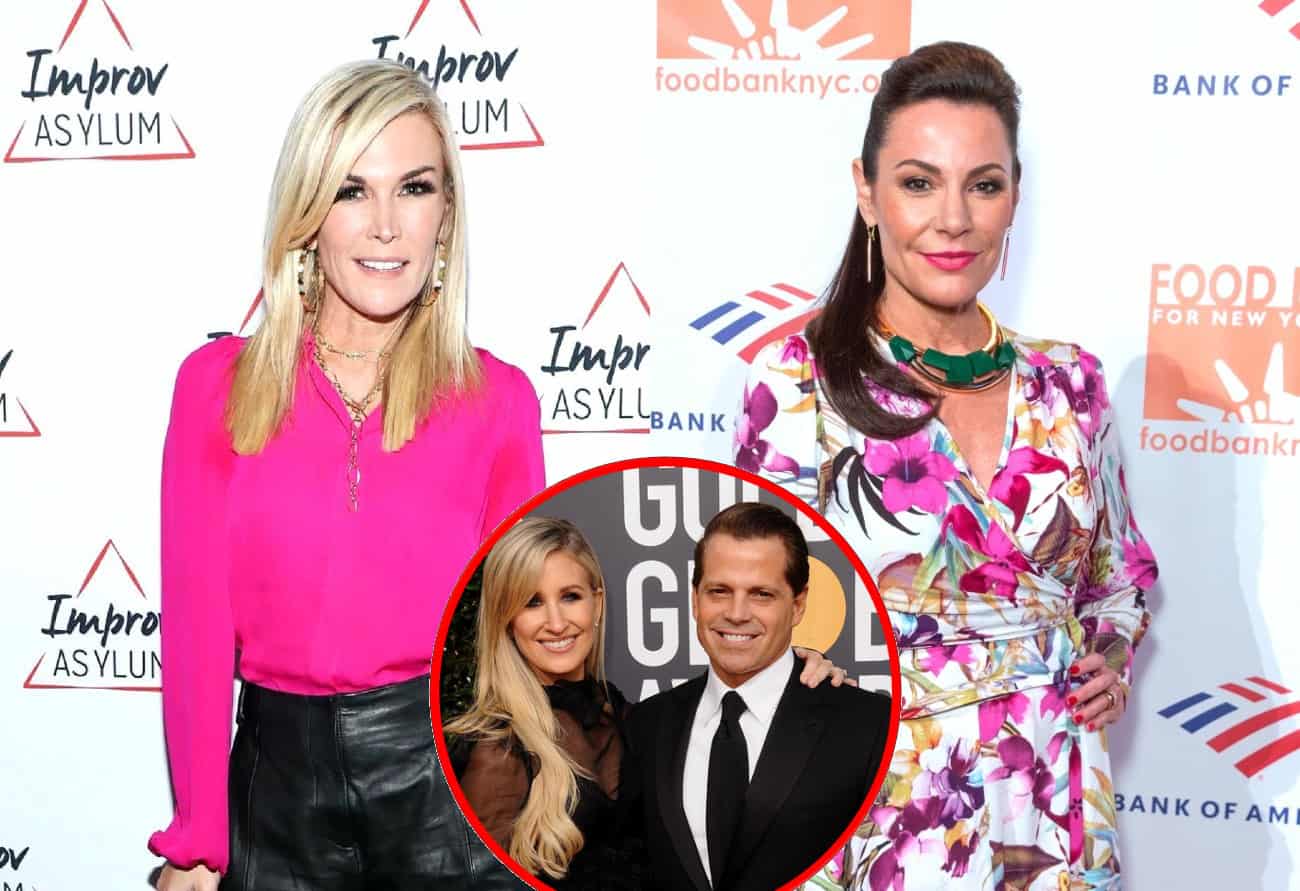 Anthony Scaramucci‘s wife, Deidre Scaramucci, may be following in his footsteps.

Just months after Anthony Scaramucci’s appearance as a fake house-guest on Celebrity Big Brother, Deidre is reportedly in talks to join the cast of The Real Housewives of New York City. Three of the series’ current stars, Tinsley Mortimer, LuAnn de Lesseps, and Barbara Kavovit, remain in jeopardy of being fired.

“Scaramucci’s wife is doing the ‘Housewives.’ They’ve been wanting new blood and have been striking out with new cast members,” a source told Page Six on June 10. “She’s been meeting with Bravo.”

“It’s reality-TV gold. I’d love to have her on,” another source said.

According to the report, Tinsley will likely be fired from the series and Barbara, who was added to the cast as a friend for season 11, is not expected to return for season 12.

“No one knows [Tinsley] and it’s like starting all over every season . . . How many seasons can they sit around talking about her dating or not dating [sometimes-boyfriend] Scott [Kluth]?” the source asked.

As for Barbara, “she’s out,” said the insider.

“She didn’t become a part of the ensemble,” the source explained.

Meanwhile, LuAnn, who faced rumors of an alleged firing weeks ago, is now requesting a raise.

“[LuAnn] wants to double her salary, but . . . her storyline is getting old,” the insider noted.

Although Bravo TV has not yet confirmed or denied rumors of Deidre’s potential addition to the show, she will likely fit in if she’s ultimately brought aboard. After all, her life with Anthony has been quite dramatic in recent years.

In 2017, Page Six explained, a nine-months pregnant Deidre filed for divorce from Anthony after he took on the role of President Trump‘s White House communications director. Then, after their marital troubles and political feuds were thrust into the spotlight, the couple decided to stay together.