Home Real Housewives of Orange County News RHOC’s Jim Edmonds Reveals the Status of His Marriage to Meghan King Edmonds After Affair, Will They Stay Together After His “Weak Moment?”

RHOC’s Jim Edmonds Reveals the Status of His Marriage to Meghan King Edmonds After Affair, Will They Stay Together After His “Weak Moment?” 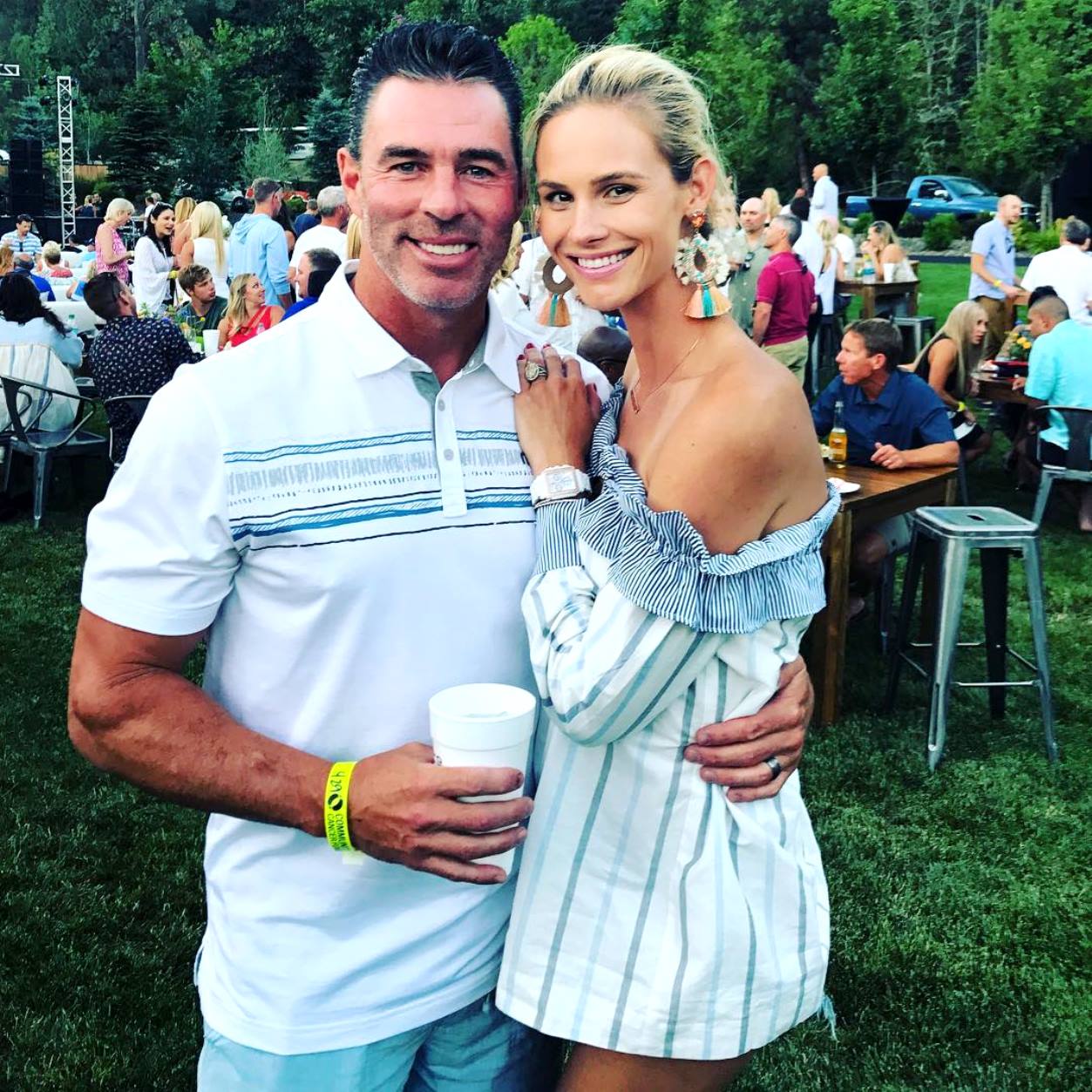 Jim Edmonds is speaking out after being caught sending explicit text messages, photos, and videos to a woman who is not his wife.

While out of town for work, Jim shared an update on the status of his marriage to former Real Housewives of Orange County star Meghan King Edmonds and labeled his betrayal as “a weak moment.”

“I don’t know it is pretty crazy in this world people can make up stories about you and then hide behind being anonymous,” he continued.

News of Jim’s affair first broke earlier this week and shortly thereafter, Jim insisted to Us Weekly that he and the other woman did not engage in a physical relationship although sources close to the woman insist they did have a sexual relationship. That said, Meghan was understandably distraught and took to her website to share her thoughts on her husband’s affair.

“You try to [stay strong in the limelight]. You try to do the best you can,” Jim said, adding that he is “sorry” and “made a mistake.”

“We’re just going to have to work through it,” he said of his marriage to Meghan.

Then, when Jim was asked what he was planning to do to show Meghan, the mother of his three youngest children, that he is still dedicated to their marriage, he replied, “I don’t know. I’m just going to have to work that out with her.”

In Meghan’s blog post, she confirmed that she is open to reconciling with Jim after slamming him for failing to honor their vows.

“I wanted a solid marriage. I’m as loyal as they come and I wanted the vows we made when we exchanged our rings to be acted upon,” she wrote. “Now my wedding ring symbolizes fraud,” she continued. “I did nothing wrong, I don’t deserve this. I did nothing except be pregnant with our twins and try to have a healthy pregnancy. I refuse to be humiliated by this. I am a victim, but I am not defined by this.”

“Ultimately, I have hope our marriage can recover,” Meghan added.

Meghan quit The Real Housewives of Orange County in 2018 after appearing on the show for three seasons.