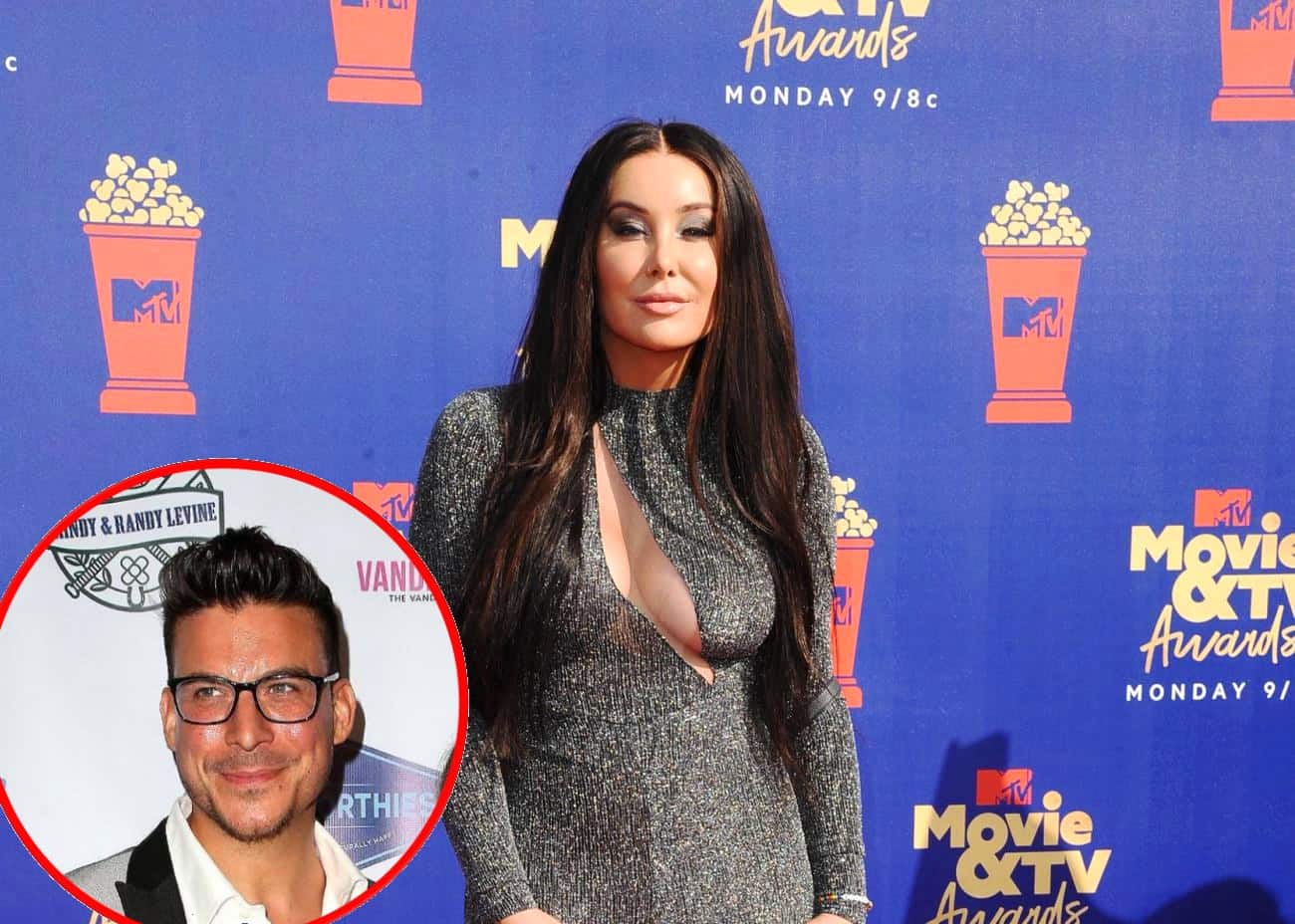 Vanderpump Rules star Billie Lee is breaking her silence after her co-star, Jax Taylor, claimed that she’s no longer filming the Bravo show.

It all began when Jax was explaining who he had invited to his upcoming wedding to Brittany Cartwright. He pointed out that he hadn’t invited Billie. He then followed up with another tweet in which he mentioned that Billie was no longer working at SUR and would therefore no longer appear on Vanderpump Rules.

“That’s great, me not inviting her has nothing to do with her sexuality. We are not friends,” tweeted Jax on June 13. “She’s no longer working at sur and no longer on our show. I’ve spoken to her maybe 4 times personally in my life. I wish the best for her in her future.”

While Jax, 39, has since deleted his tweet, someone captured a screenshot and shared it on a Reddit fan page. 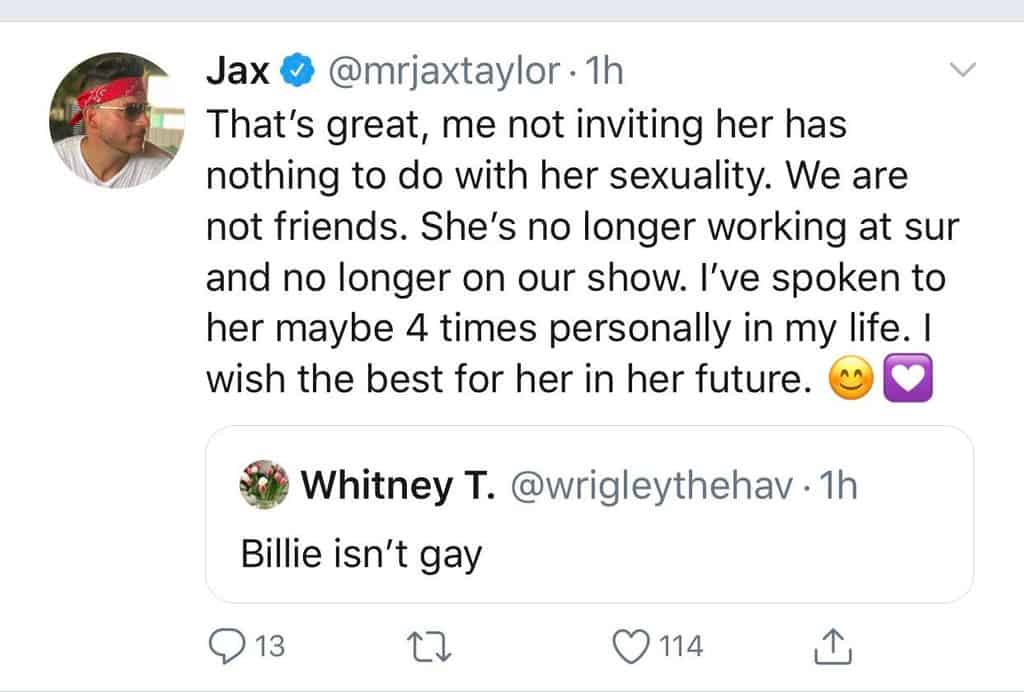 “Have faith my friend. You are worthy,” Billie wrote in the caption to her post, which included the quote: “I will remain focused on my goals. Even if I have a moment of difficulty, I will not give up. I know success comes with consistency. I know that I will make it. Things will get better. No problem or challenge will stop me. Everything I deserve is coming my way.”

Jax’s claims are a bit surprising as Billie did an interview a few weeks ago during which she shared that she was still working at SUR.

Bravo has yet to confirm or deny Jax’s comment that Billie isn’t filming Vanderpump Rules. The crew started filming the newest season in May.

If Billie is indeed done with Vanderpump Rules, it wouldn’t come as a total surprise. Just last month, she called out the show for lacking diversity and not allowing her to speak for a meaningful period during the recent reunion.