The Real Housewives of Potomac Recap: Rainbows and Reconciliations 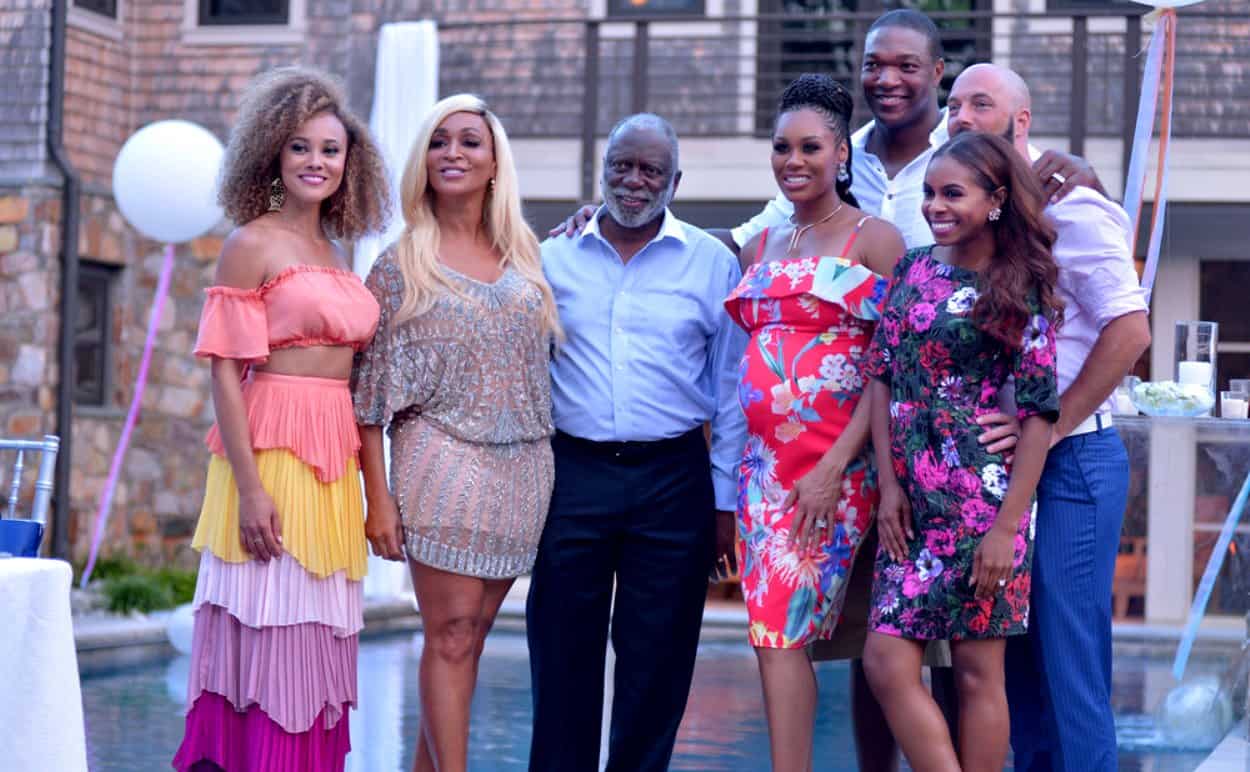 The ladies of The Real Housewives of Potomac seemed to reach a crossroads last night. Following their trip to The Big Easy and its many hiccups, most of the ladies are actually in a good place with each other.  For now, anyway…

In last night’s episode, the ladies attended Monique’s Rainbow Baby party.  If you’re unfamiliar with the term, it’s a party which celebrates both the life of the child a family lost and the new life to come.  Monique looked beautiful, her belly full with the baby she’s carrying.  The ladies were happy for her after all she’d been through following her miscarriage last year.  They admired the strength and positivity it took for her and her husband, Chris, to try again.

The event made Ashley and Michael especially emotional.  They, too, lost a child to a miscarriage. While they are fearful, they are also hopeful that, like Monique and Chris, they will get to the other side of the rainbow with a baby of their own.

While they were in New Orleans, Ashley admitted she’d been insensitive to Monique’s grief last year.  The two have since reached an understanding.  Ashley seemed really happy to be there, and it was nice to see glimpses of the friendship the two women once shared.  Monique made a toast and invited others to tell their own stories of loss, or to simply express themselves.  Ashley stepped right up.  She spoke passionately about her desire for a child and how she soon hoped to be in Monique’s shoes.  The other guests were touched, even Karen.  She said that she felt the loss had changed Ashley—how could it not?—and that maybe she was becoming a more mature and sensitive person.

Michael was quite moved as well.  He actually had to step away and collect himself as he started tearing up thinking about the baby they lost.  It’s rare to see Michael show much emotion, and it was very sweet.  Ashley seemed touched by the fact that having children finally seemed as important to Michael as it was to her.

It seemed only Candiace was unmoved by Ashley’s words.  She sat rolling her eyes, a playful smile tugging at the corners of her lips, as she listened to Ashley speak.  Candiace really needs to get over herself.  She clearly still doesn’t believe that Ashley really wants a baby, but who cares what she thinks?! Certainly not Ashley, and certainly not me!

Monique’s mother-in-law, Shirley, was on hand to celebrate as well.  Monique was less than pleased, as the two women hadn’t seen each other since Shirley called Monique a “heifer” nearly two years ago.  Monique felt she was owed an apology, but it didn’t seem likely at first.  Shirley was just as outspoken and judgmental as ever.  Upon meeting Ashley and Michael, she recoiled when Michael tried to shake her hand.  She explained that she “doesn’t let people shake her hand.”  Then she said she didn’t care for the way he smelled because she’s “not an alcoholic,” and therefore doesn’t like the smell of beer.

But in the end, Shirley surprised her daughter-in-law by standing up, taking the microphone, and making a very sincere apology.  She also told Monique that she loved her and wanted to move on and be a family again.  Monique seemed a bit skeptical, but she agreed.

Later, Ashley and Michael visited an acupuncturist.  They hoped he would help “prime” Ashley’s body for carrying a child to term.  As she revealed last night, her recent miscarriage was actually her second.  The first had taken place when she was just 19 years old.  She hadn’t planned on becoming pregnant at that time.  She had actually been planning an abortion, but when she suddenly miscarried, she found that she was quite sad about it.  In both cases, the miscarriage took place in the early weeks of the pregnancy.  Now, Ashley was worried that her body just wasn’t built for pregnancy.  The acupuncturist was much more concerned with Michael’s age (59) and suggested testing his sperm. Ashley felt that wasn’t necessary. They’d conceived after only two months of trying, so clearly, Michael’s little swimmers were still doing their thing.

Across town, Candiace and Gizelle met for lunch.  Candiace told her all about the rainbow party and entertained her with an imitation of Ashley’s speech.  She also mentioned that Michael had left the table during the speech.  She said that she really didn’t think he wanted a child either, citing his recent interest in another man’s manhood as proof of her assessment of him.  Gizelle smiled and nodded politely, but she seemed bugged by the fact that Candiace was all up in Ashley’s business.

But Candiace didn’t seem to notice, and she was chock full of information for Gizelle.  She told her that, during The New Orleans trip, Monique had made some less-than-kind comments about Katie.  Monique had expressed shock in how much Katie had changed since she’d first met her a few years ago.  She said that Katie had been every bit the proper society lady back then.  But now she was like “Ashley on steroids,” a free spirit, and very “Amistad,”  implying that she’d looked like a slave in her headwrap.  Gizelle thought it was completely uncool, and said as much. This left Candiace wishing she’d just kept her mouth shut.  For once Candiace and I agree on something!

Later, Ashley and Karen (yes, Ashley and Karen!) went to see a “spiritual healer” named Terry, who was also a hugger.  When she shared a long embrace with Karen, it was clear that it lasted a few seconds too long for The Grande Dame.  As the woman discussed chakras, Karen wrote the whole thing off as “some bulls**t.”

But then, the woman announced that she was also a medium. She said that Karen’s father was there with them telling his “baby girl” that she’s “got this.” After that, Karen opened up about her grief and the loss of the “platform” her parents had provided for her.

Encouraged by Karen’s openness, Ashley confided in her unlikely companion about her fears.  She said that she was afraid she’d never have a child. Also, since Michael was so much older than her, she often worried that she was destined to be left alone.  Karen reassured her by sharing her own experience of being married and having children with a man several years her senior.

The ladies left feeling much better than when they’d arrived and seemed to be on great terms.  But will it last?  I must say I’m skeptical.  These two have always gotten along about as well as gas and a match, so I expect all this common ground to blow up sooner rather than later.

The show faded to black from there, but scenes for the second half of this season of RHOP look pretty explosive.  Plenty of drama, plenty of fighting, and plenty of questions about Michael—stay tuned!