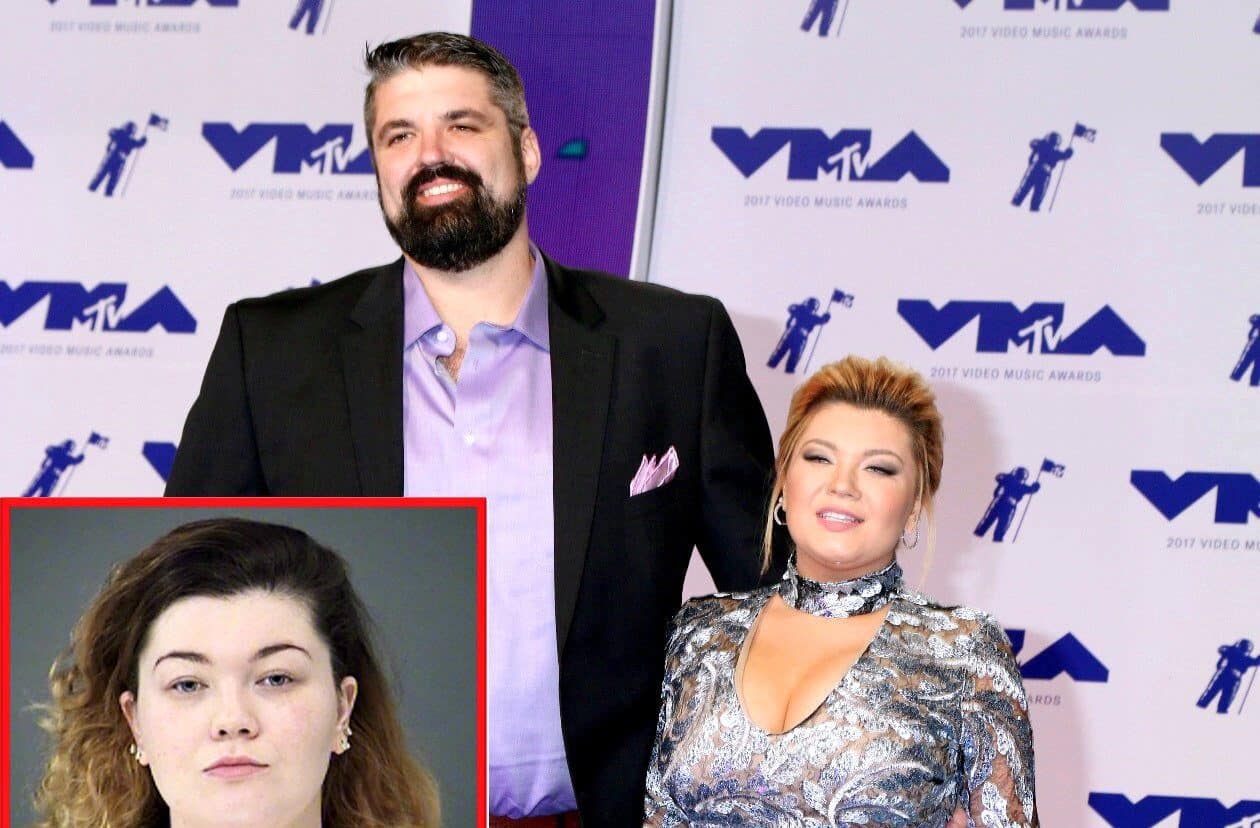 The Teen Mom OG series may start to look more like a horror film than reality TV as more details are coming out about what led up to Amber Portwood‘s arrest for domestic violence. Amber’s boyfriend Andrew Glennon is alleging she swung a machete at him during her alleged violent attack.

Amber was arrested Friday, July 5 for allegedly hitting Andrew in the neck with a shoe as he held James, their one-year-old son, in his arms. While the 29-year-old MTV reality star was released on bail the following day, she now faces felony charges for domestic battery along with an emergency custody hearing.

Since the initial arrest, new legal documents have been released, revealing that Amber angrily attacked Andrew with a deadly weapon. According to TMZ,  “[Amber] wielded the machete and struck a door with Glennon on the other side.” Luckily, James remained unharmed.

In addition to this violent event, the documents also contain information that put baby James’ custody into question. In the documents, Andrew tells the Department of Child Services that his girlfriend was “currently unable to provide a safe, stable, and secure environment for James on an ongoing basis due to her frequent refusal and/or failure to take medicines prescribed to treat her mental-health conditions, among other concerns.”

Andrew also told cops that Amber allegedly threatened suicide during the incident and swallowed a “handful of pills.”

He claims at one point, Amber “went to her drawer and took a handful of Klonopin and tossed it back like it was nothing,” according to court papers obtained by Radar Online. However, she “regurgitated the pills” when he told her he planned to call for help.

As of now, Amber has been slammed with three felony charges, including criminal recklessness with a deadly weapon and domestic battery in the presence of a child. The Teen Mom OG star has also received a restraining order that will keep her far away from Andrew and her son until their impending emergency custody hearing.

Sadly, this isn’t Amber’s first brush with the law. Just shy of a decade ago, Amber faced charges of domestic violence after attacking her then-boyfriend, Gary Shirley, who ultimately gained sole custody of their daughter, Leah.

In this season of Teen Mom OG, Amber lets cameras in on her therapy sessions, where it’s revealed she’s been diagnosed with both bipolar and borderline personality disorder. But based on these recent events, it’s clear she’s still struggling with her mental health.