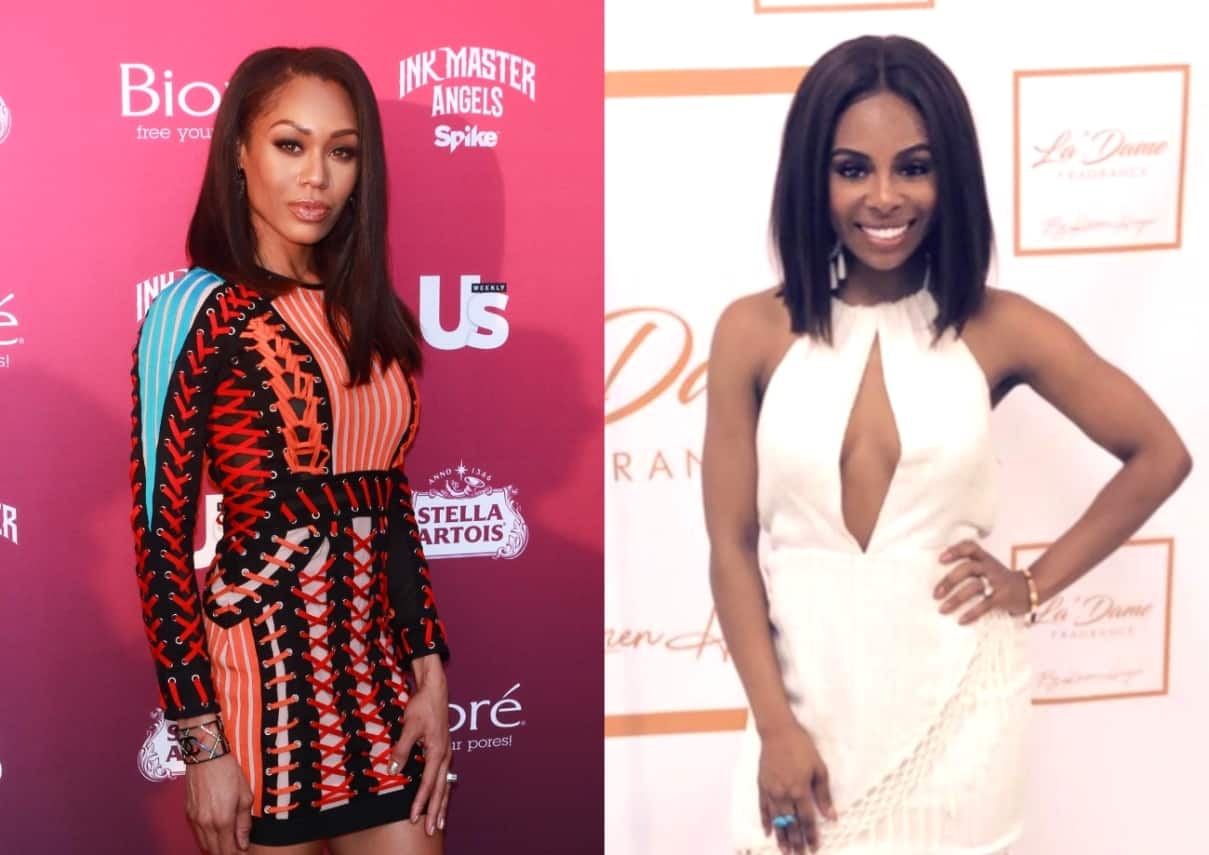 After the events of last week’s volatile hoedown on The Real Housewives of Potomac, Candiace Dillard Basset and Monique Samuels moved their shouting match from the small screen over to the Twitter-verse.

While Bravo TV aired the latest episode of the RHOP this past Sunday, Candiace and Monique got into a Twitter war as Monique live Tweeted along with the episode. In the episode, an otherwise pleasant day at Katie Rost‘s farm turned into an all-out feud as Candiace and Monique fought about what happened at the “penis-gate” dinner, and how Monique continued to have Ashley Darby‘s back through it all.

But it wasn’t until the pregnant housewife tweeted that Candiace was “gunning” for Ashley throughout the whole season that Candiace got angry enough to Tweet back.

I wasn’t speaking about the one dinner at your house. You’ve been “gunning” the entire season hun. Don’t act all innocent now #RHOP https://t.co/6Nb6zeCnz6

Monique then went on to post, “Oh and let’s not forget that you wanted her to stay [at the dinner] so that y’all could drop that bomb on her about her husband. You admitted that on the after show.”

But Candiace was quick to jump on Monique, calling her a “fake mannequin poised for any opportunity to jump up and look like Mother Theresa.”

Says the fake mannequin poised for any opportunity to jump up and look like Mother Theresa. I have never claimed innocence, “hun.” You keep on, though. She’ll screw you again soon enough. https://t.co/cALDQq9wF8

Candiace continued to tweet, explaining that she thinks Monique is being fake by having Ashley’s back this season. As most RHOP fans are aware, Monique and Ashley feuded last year after Ashley implied Monique might have a drinking problem, something which Monique vehemently denied.

Victimization is a disease. The only thing that’s revealing in these scenes is you co-signing bullshit with a girl who YOU DONT EVEN LIKE. Yet you’re using me to climb up the ladder to a person who will betray you in .2 seconds. #RHOP

But then, a fan called out Monique for threatening to drag Candiace and throw a bottle at her head as “not grown woman behavior.” Monique insisted that unlike Candiace, she is able to apologize when she’s wrong.

“I’m not excusing my actions. I am the first to admit that I blow up but I’m also woman enough to apologize and move forward because I’m human,” she wrote.

Let’s be clear… that statement was made in reference to Candiace being in her own home and her own husband couldn’t calm her down. I’m not excusing my actions. I am the first to admit that I blow up but I’m also woman enough to apologize and move forward because I’m human #RHOP https://t.co/sH5ZcJRnjs

A little bit later, Monique admitted that watching the show this season has been “very revealing,” adding that she and Candiace are no longer on speaking terms.

Nope. Watching these episodes have been very revealing. I try to be consistent in real life (after filming) and during filming but the same doesn’t apply to some ????

These hostile tweets prove Candiace and Monique are far from moving on from this argument any time soon.