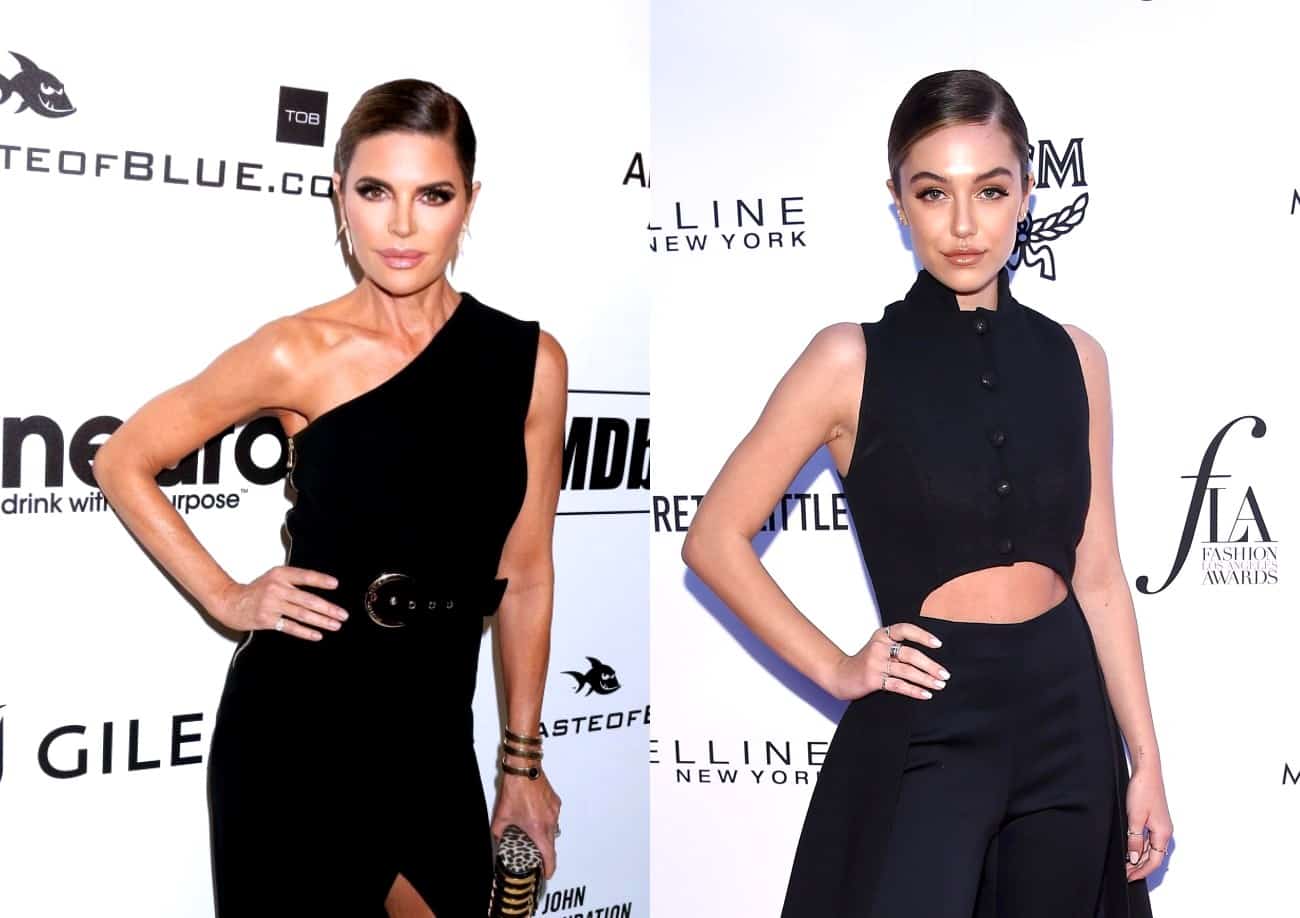 The Real Housewives of Beverly Hills star Lisa Rinna is opening up about daughter Delilah Belle Hamlin‘s mental health struggles and what caused it.

Lisa has always been candid about personal issues on RHOBH, including that of her daughters. Whether she’s posting about how proud she is of Amelia Gray Hamlin, 18, for battling an eating disorder or standing behind Delilah, 21, as she battles depression, Lisa lays everything out on the table. And now, she’s taking to social media to explain the science behind Delilah’s battle with depression.

In a recent Instagram Story, just days after her eldest daughter posted about having to go to rehab twice in the last year for her depression, Lisa revealed that a childhood infection of PANDAS, (Pediatric Autoimmune Neuropsychiatric Disorders Associated with Streptococcal Infections) is responsible for her severe anxiety and phobias.

“First of all, I want to say how proud I am of both of our girls,” wrote Lisa on July 22. “I am in awe of how brave and courageous they are! In regards to Delilah’s recent post, I think it’s time to discuss the condition that started it all – PANDAS.” 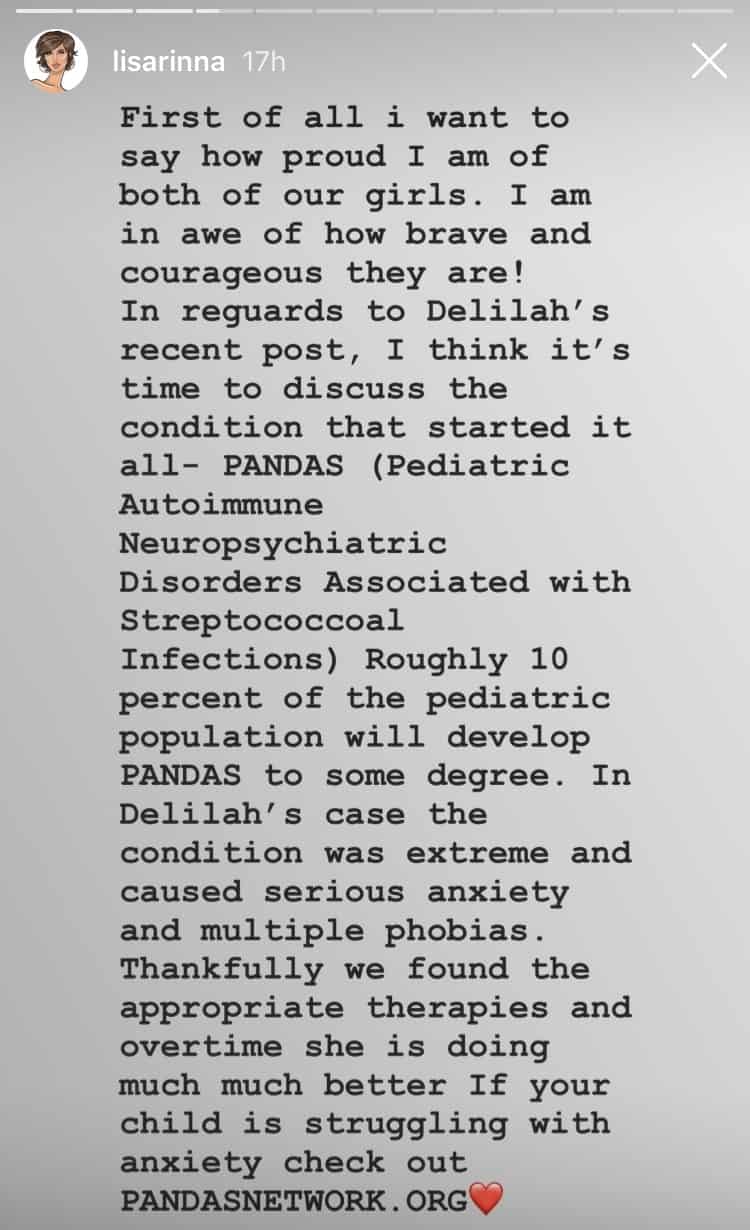 “Roughly 10 percent of the pediatric population will develop PANDAS to some degree,” the Bravo star continued. “In Delilah’s case the condition was extreme and caused serious anxiety and multiple phobias.”

Wondering how exactly PANDAS works? The disorder comes into play when a case of strep throat develops and sends a “misdirected immune response and results in inflammation on a child’s brain” according to PANDAS Network. This, in turn, can result in “OCD, anxiety, tics, personality changes, decline in math and handwriting abilities, sensory sensitivities, restrictive eating, and more”.

The Beverly Hills housewife ended her post in a hopeful tone. “Thankfully we found the appropriate therapies and overtime she is doing much much better,” Lisa wrote before citing PANDASNETWORK.ORG.

Hopefully, by being so open and honest about their mental health, both Lisa and Delilah will help others who suffer from the same thing.