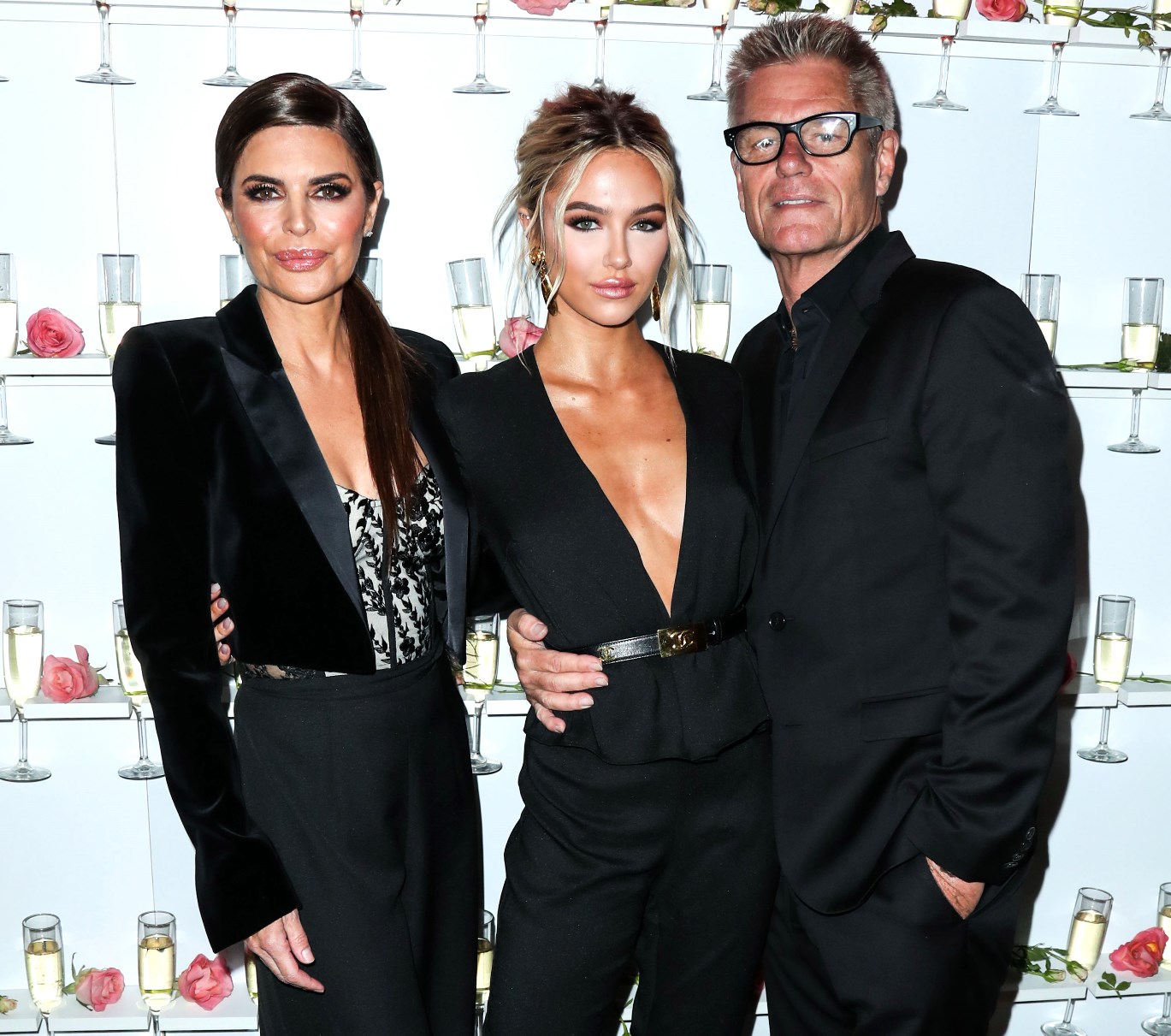 Lisa Rinna’s daughter, 21-year-old model Delilah Hamlin, is opening up about her struggles with depression.

On the heels of the Real Housewives of Beverly Hills star’s younger daughter, 18-year-old Amelia Hamlin, coming forward about her battle with anorexia, Delilah has shared an emotional post with her Instagram followers in which she’s confirmed she’s been to rehab multiple times.

“I’ve been hesitant to share this information with you guys because there are a lot of you now and sometimes that scares me. I strive to try my hardest to be a positive influence on my young followers. I wanted to share this with you guys today because it could help at least one person struggling with anxiety and or depression,” she wrote on her Instagram Story on Friday.

According to Delilah, who is reportedly in talks for a new reality show with sister Amelia, she began experiencing “terrible depression” after moving from Los Angeles to New York to attend NYU.

“I started attracting negative people into my life because my thoughts were so negative,” she shared. “I got trapped in a severely unhealthy relationship that pushed me over the edge. I couldn’t get out of the relationship because I thought I was deserving of it.”

This went on for eight months before Delilah called her mother and made arrangements to return home to Los Angeles, where she ultimately sought help in rehab.

“This was … the BEST thing that has ever happened to me,” she admitted. “I learned so much about being independent, feeling less shameful and guilty, I learned about self love instead of self deprivation and so much more.”

Following her first stint in rehab in February, Delilah returned for a second stint in June, where she worked through traumas and learned about self love and self respect.

In closing, Delilah encouraged her fans and followers not to let anyone take over their lives and tell them who they are or how they should be.

“Take control of your own life and get rid of all negative people and energy that may surround you,” she said. “I guarantee this will lead to a happier life even if it’s hard in the moment.” 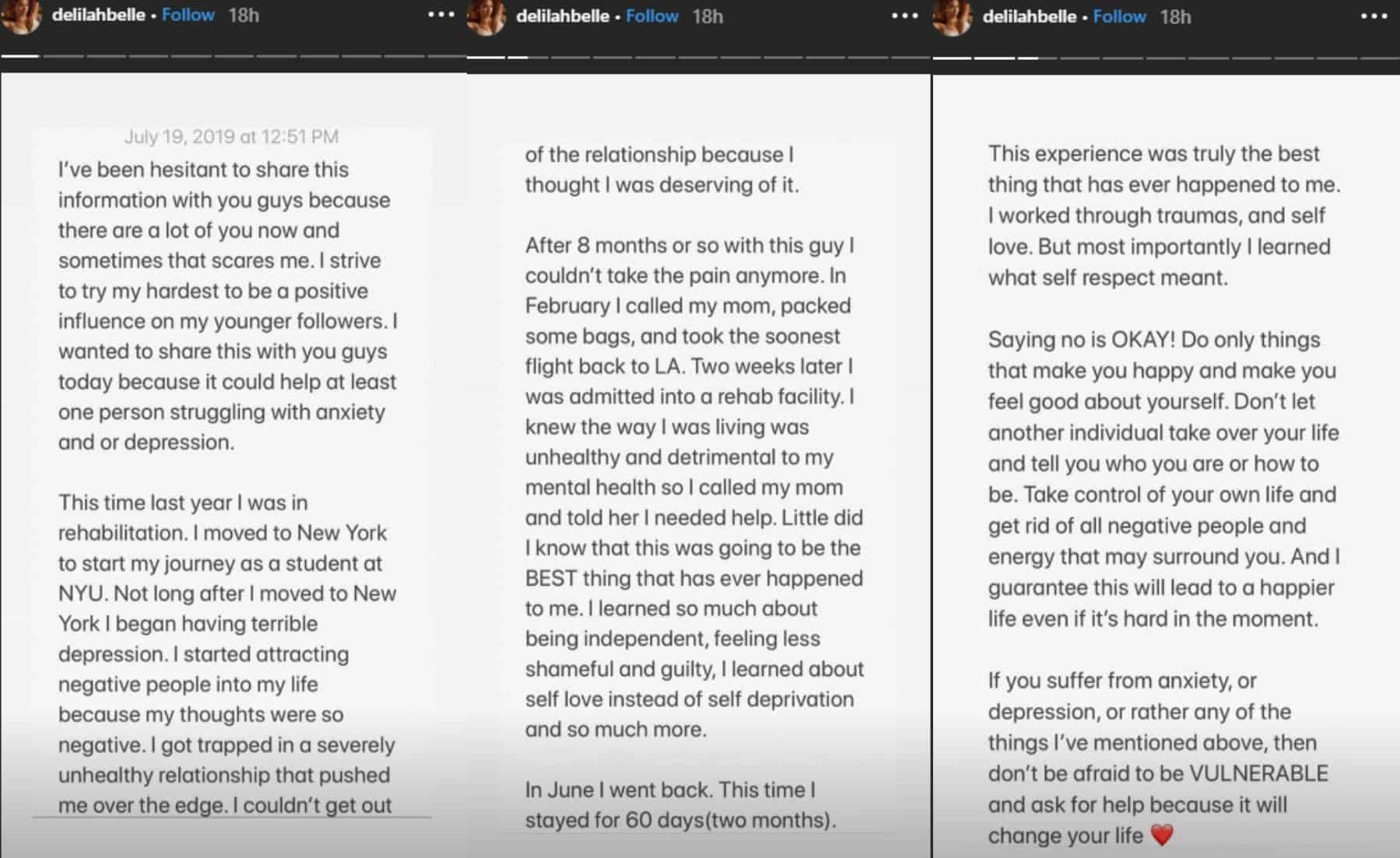 After her emotional post, Delilah shared a screenshot of the many reactions she’s received from her online audience and proceeded to thank them for their love and support.

“The amount of love and support and responses I’ve been getting already is crazy and warms my heart. I will try my best to respond to all of you.! xx,” she wrote.