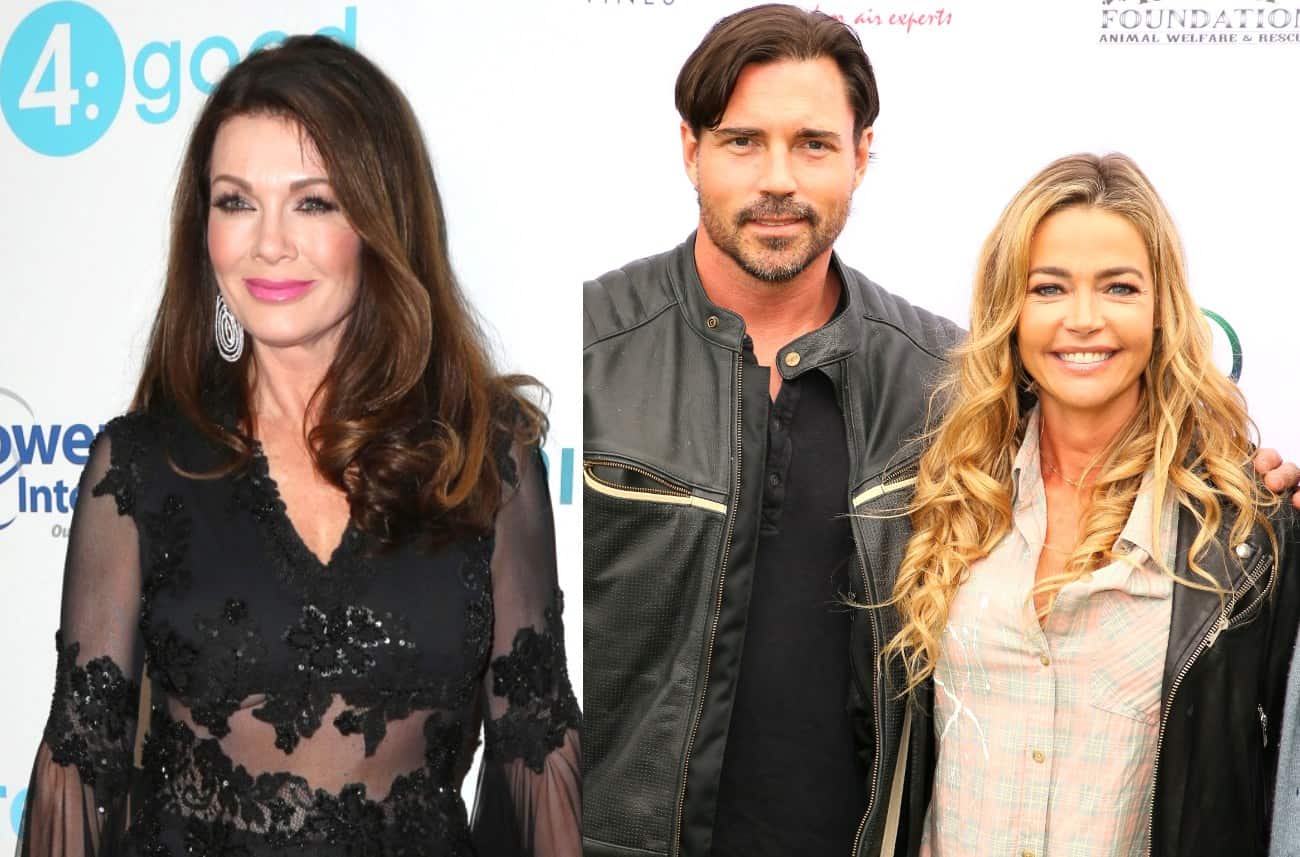 The Real Housewives of Beverly Hills star Lisa Vanderpump is reacting to Denise Richards and husband Aaron Phypers‘ apparent peace offering following their text and Twitter feud. Does she believe they were being genuine?

After Denise’s husband Aaron threatened to sue John Sessa after he called out Denise for claiming to have an issue with Lisa, after Vanderpump Dogs rescued eight of her dogs during the Woolsey Fires in Los Angeles, the couple sat down for drinks at Lisa’s restaurant, TomTom, on Wednesday.

Sources say this friendly visit was an act of amends on behalf of the reality star couple. But did Lisa accept the proverbial olive branch? The Vanderpump Rules star wasn’t actually at TomTom the night of their visit, but she took to Twitter to react to the gesture.

On August 9, a fan tweeted, “@LisaVanderpump did you run into Aaron and Denise at your restaurants last night? Did they come to apologize?”

“No I was at Sur…Strange they came in after that text and her remarks…Oh well all’s well that…ends well,” Lisa commented back.

Another fan also tweeted about Denise’s visit, claiming the actress-turned-reality star might have been trying to stir up some trouble.

“I thought they went to both Sur and Tom Tom… Trolling for trouble,” they wrote.

Lisa responded with a cryptic, “Mmmm.” 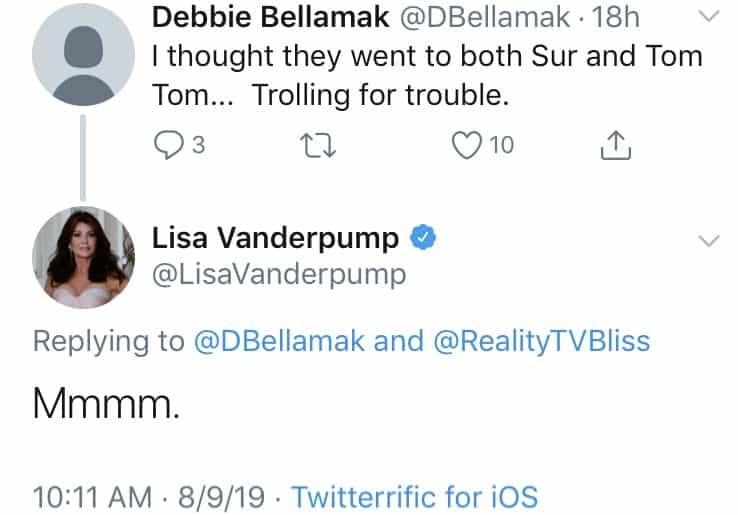 In a third tweet, Lisa flat out admitted she wasn’t sure if the gesture was genuine.

“Lisa what do you think about Aaron and Denise being in Tom Tom tonight? Do you think their intentions were good or bad?” a fan asked Lisa.

“Really not sure …I hope good. After text tho,” Lisa responded.

Really not sure …I hope good.
After text tho….

It seems it may take more than a quick trip to one of Lisa’s restaurants to get back in the RHOBH star’s good graces.