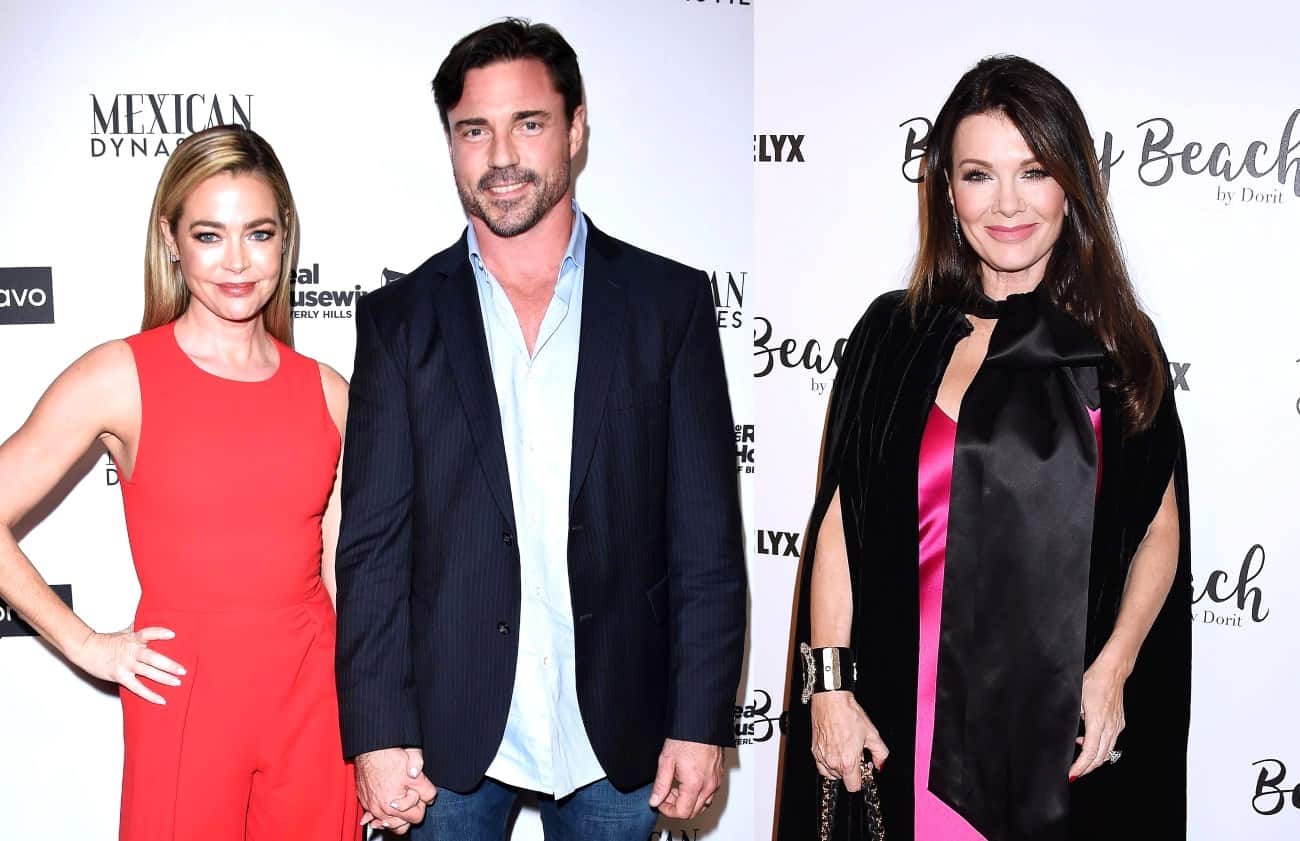 Denise Richards and Aaron Phypers visited TomTom on Wednesday, August 7, just days after their online feud with their Real Housewives of Beverly Hills co-star, Lisa Vanderpump, who is a co-owner of the bar and restaurant.

Following the online dispute, during which it was announced that Aaron had threatened to sue John Sessa after he revealed Vanderpump Dogs had saved eight of their dogs during the Woolsey Fires of Los Angeles, Denise and Aaron made a surprise appearance at the venue.

“They walked in like normal people and sat at the bar and had some cocktails while acting very much in love and snapping photos. Nobody bothered them at all,” a source revealed to Hollywood Life.

According to sources, the couple visited the restaurant in an attempt to make amends with Lisa following their rift.

“Aaron was overheard telling someone he and Denise wanted to go to check the place out, but it seemed like they were really trying to let everyone know they were sorry for the Tweets sent over the last few days. It was almost like a peace offering,” the insider continued. “They both had really nice things to say about Lisa and TomTom and Aaron was also overheard saying there’s no bad blood or hard feelings at all between Lisa or anyone who works for her.”

If the couple was hoping to run into Lisa, that didn’t happen as Lisa confirmed she was at SUR that night.

“I was at SUR,” tweeted Lisa on August 9, after a fan asked if she knew ahead of time that Denise and Aaron were planning to visit her restaurant.

Also during the appearance, Denise was heard dishing on her new role on BH90210.

“Denise kept talking about her appearance on 90210 and her plans to leave and go celebrate the show’s premiere with some of the cast later that evening. They left shortly before 8 p.m.,” the source said.

Earlier this week, after John publicly revealed that Vanderpump Dogs had saved her pets from the fire, got them spayed and neutered, found them new homes, and received no donation or mention from Denise, Denise offered a response on Twitter.

“I have always been so supportive and positive about the work all of you do,” she tweeted. “These were dogs that we helped rescue during the fires. And we are grateful you all helped them find homes.”

I have always been so supportive and positive about the work all of you do. These were dogs that we helped rescue during the fires. And we are grateful you all helped them find homes.

The Real Housewives of Beverly Hills season 10 is expected to go into production sometime in the coming months.