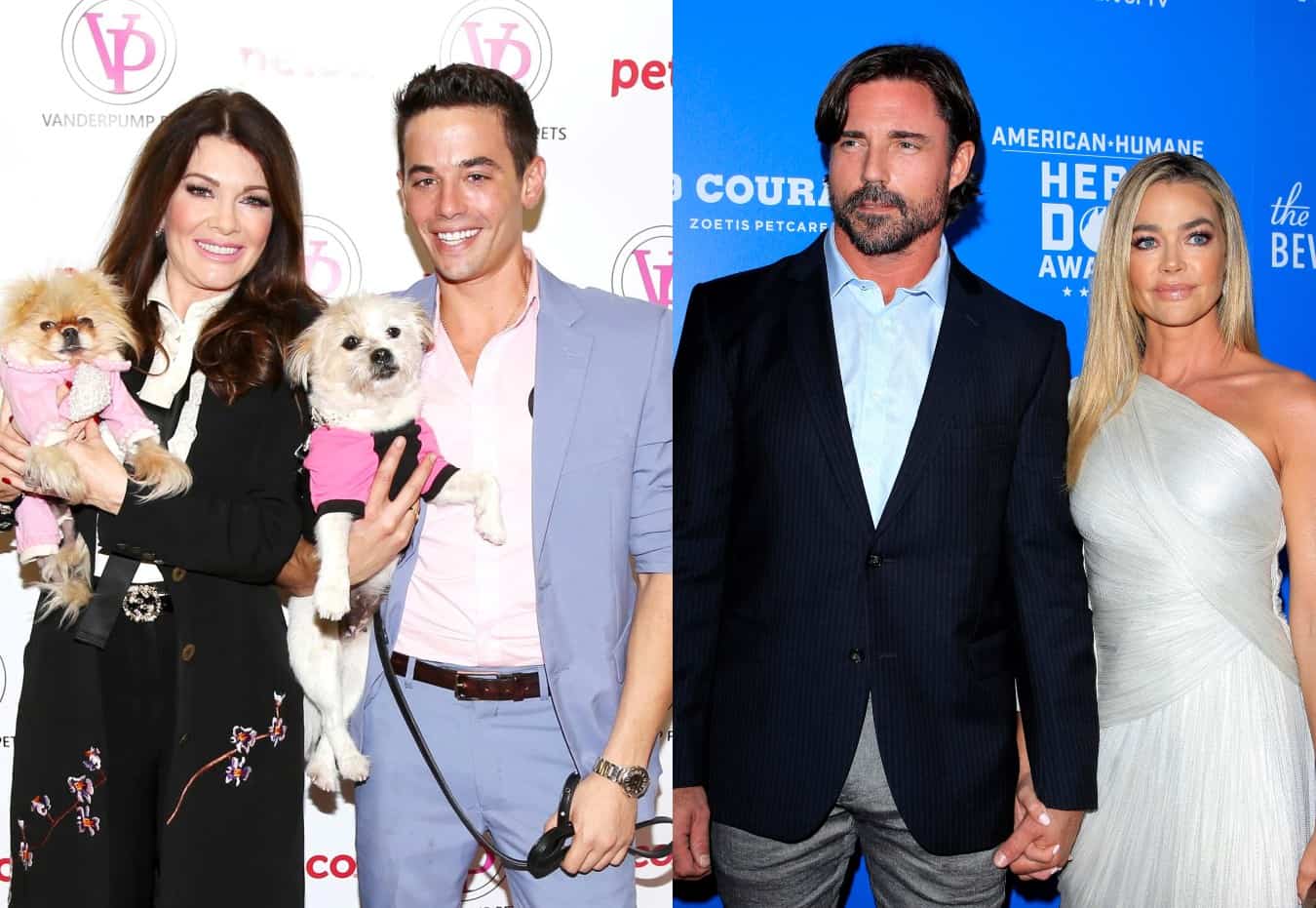 The ninth season of The Real Housewives of Beverly Hills might have concluded this week but the drama is still ongoing, at least on and off social media.

The drama between Denise and John started this week after Denise appeared on Watch What Happens Live and claimed some “incidences” took place off-camera with Lisa, which led to their current rift. Following Denise’s appearance, Lisa denied having any drama with Denise off-camera as John also echoed Lisa’s sentiment, reminding Denise that Vanderpump Dogs helped rescue eight of her foster dogs last year during the tragic Woosley Fires.

And just moments ago, Lisa leaked a text that Aaron sent John in which he threatens to sue him for defamation of character over the comments he made about Denise.

“Wow, no good deed goes unpunished huh? John literally stated the truth about a nice act of our foundation, and this is your response?” asked Lisa on August 3. “No defamation whatsoever, just the truth. Have a blessed day.”

Included with Lisa’s tweet was a text message from Aaron which reads, “Hi John.. this is Denise’s husband. Not sure if you understand what defamation of character means, but if your twitter posts or any social media that is negative to my wife is not removed effective immediately, we will seek full legal action against you and all of those involved..  Please Cease and desist all other comments using any Likeliness Name or images of my wife Denise Richards or any of our family members. Thank you for your cooperation.” 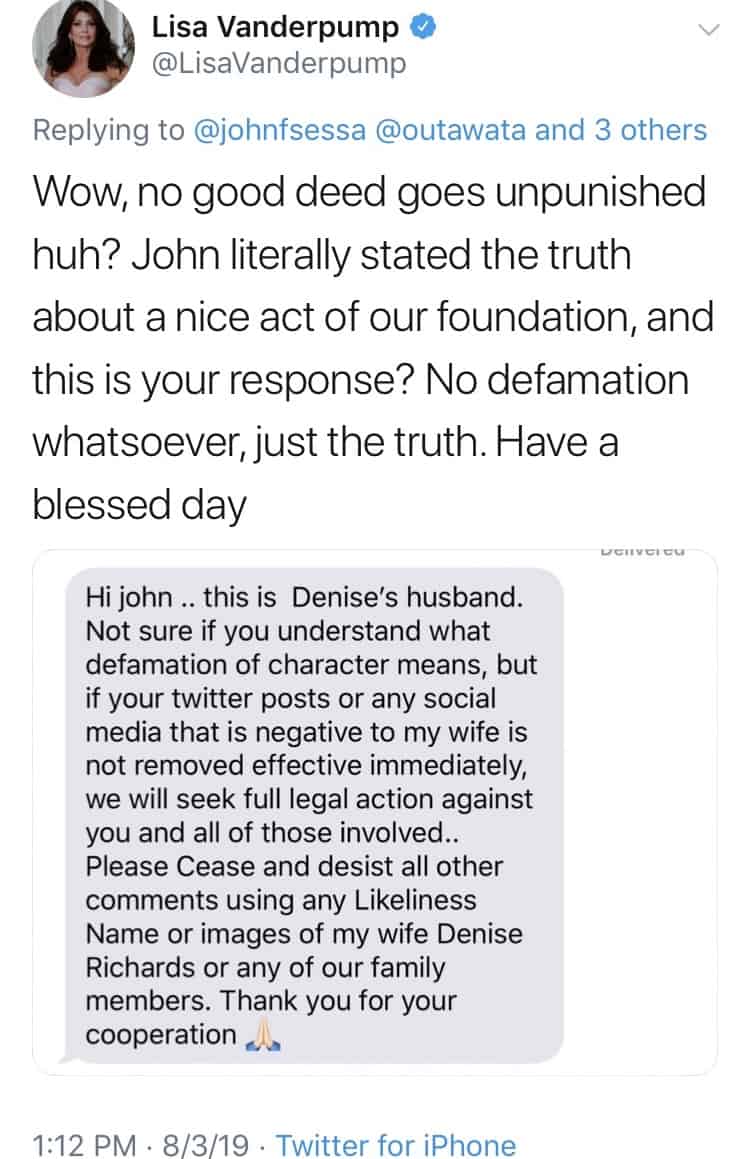 As for what set Aaron off, it appears to be a Tweet John sent out on August 1, in which he backed up Lisa and implied Denise didn’t show much gratitude for what Vanderpump Dogs did to help her out with her eight dogs.

“Yes, it wasn’t shown but @vanderpumpdogs took them, got them spayed/neutered, vaccinated, microchipped and found them the best furever homes…no donation was received and no mention of that lovely “incident” at all!” he wrote.

However, the dust appeared to have settled yesterday after Denise responded to John’s Tweet by thanking him for his help with her dogs last year.

“I have always been so supportive and positive about the work all of you do. These were dogs that we helped rescue during the fires. And we are grateful you all helped them find homes,” wrote Denise to Lisa and John on Twitter.

I have always been so supportive and positive about the work all of you do. These were dogs that we helped rescue during the fires. And we are grateful you all helped them find homes.

So far, neither Denise nor John have yet to address this legal threat.