Home Real Housewives of Beverly Hills News Camille Grammer Asks if Denise Richards Was ‘on Something’ During Odd WWHL Appearance and Slams RHOBH Co-Stars as ‘Hypocrites,’ Plus Does She Still Talk to Lisa Vanderpump?

Camille Grammer Asks if Denise Richards Was ‘on Something’ During Odd WWHL Appearance and Slams RHOBH Co-Stars as ‘Hypocrites,’ Plus Does She Still Talk to Lisa Vanderpump? 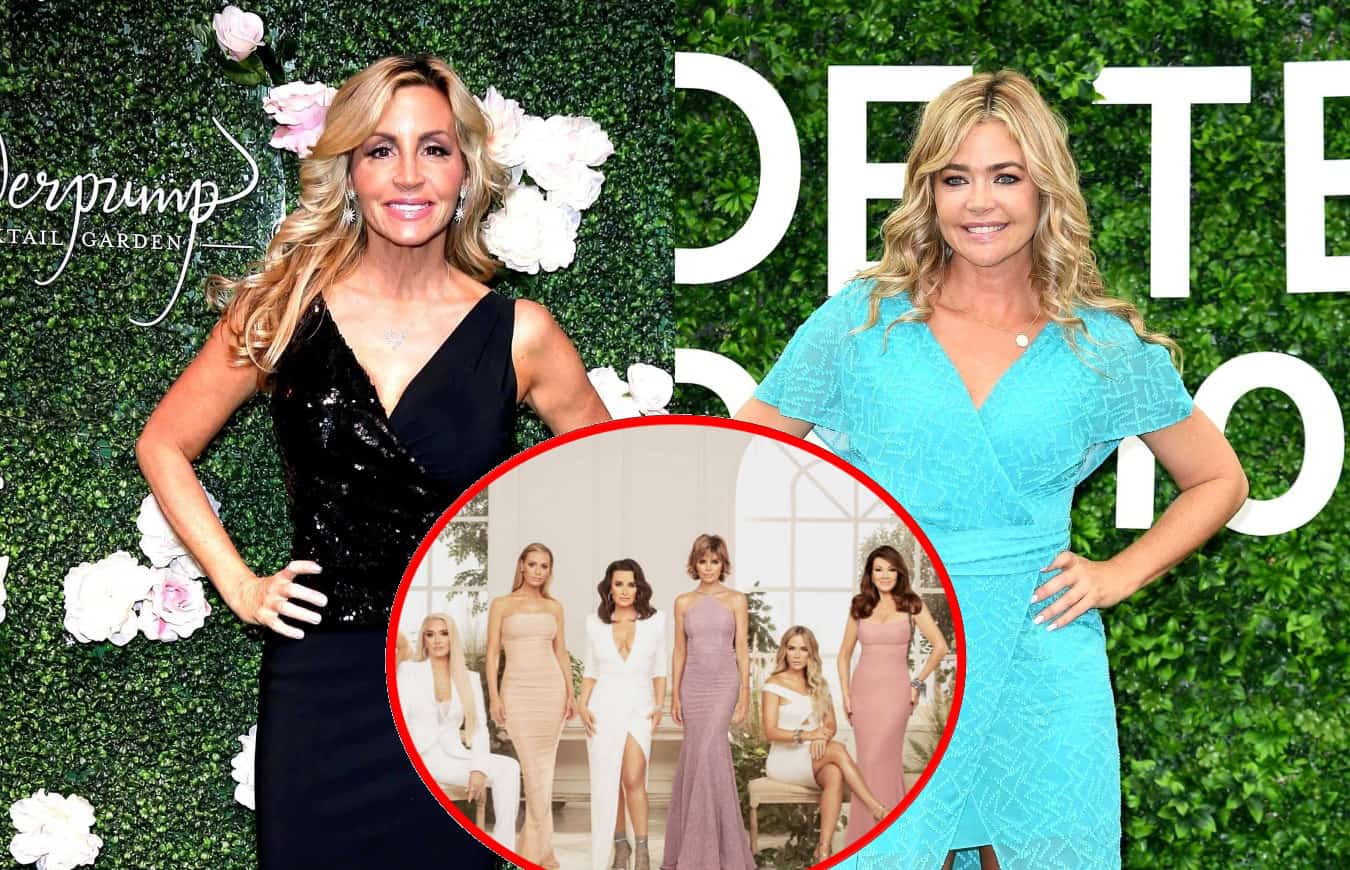 Following Tuesday night’s episode, the Real Housewives of Beverly Hills star took to her Twitter page. There, she wondered if Denise was “on something” during the show before slamming her co-stars as hypocrites and revealing her current status with Lisa Vanderpump.

“You should ask Denise is she’s ok, or if she’s on something, after tonight’s #WWHL,” a fan tweeted to Camille in regard to Denise’s appearance.

“Maybe she’s on something?” Camille wondered.

During Denise’s appearance on WWHL on Tuesday night, she appeared to be a bit off. At one point, she was unable to complete her answer to a question posed to her about Lisa.

“Oh an the girls talk about [Camille Grammer] being on something. But look at [Denise Richards] she’s high!” another fan alleged, giving a nod to a comment Denise made towards Camille at the Real Housewives of Beverly Hills reunion.

“What the hell she on? Weed drunk or Xanax,” the fan continued.

In response, Camille seemingly agreed by slamming Denise and her co-stars as “hypocrites.”

In a third tweet, Camille sided with a fan who said her co-stars were insensitive towards what she went through last November when she lost her family home in Malibu to the Woolsey Fires of Los Angeles.

“There was much more compassion and time given to Denise when she didn’t lose anything. Not to mention she was gossiping about Camille saying how she should be grateful when the situations aren’t comparable! She was gaslighting, insensitive, and lying!” the fan tweeted.

“True,” Camille agreed. “The ladies at the reunion lack compassion.”

Camille then said that her former co-star, Lisa, is a “class act” and confirmed they are back in contact.

“She called me last night to see how I was doing. Class vs trash,” Camille added.

True. The ladies at the reunion lack compassion. LVP is a class act. She called me last night to see how I was doing. Class vs trash https://t.co/mhjSNEkYZm

The Real Housewives of Beverly Hills season 10 is expected to begin production later this summer.