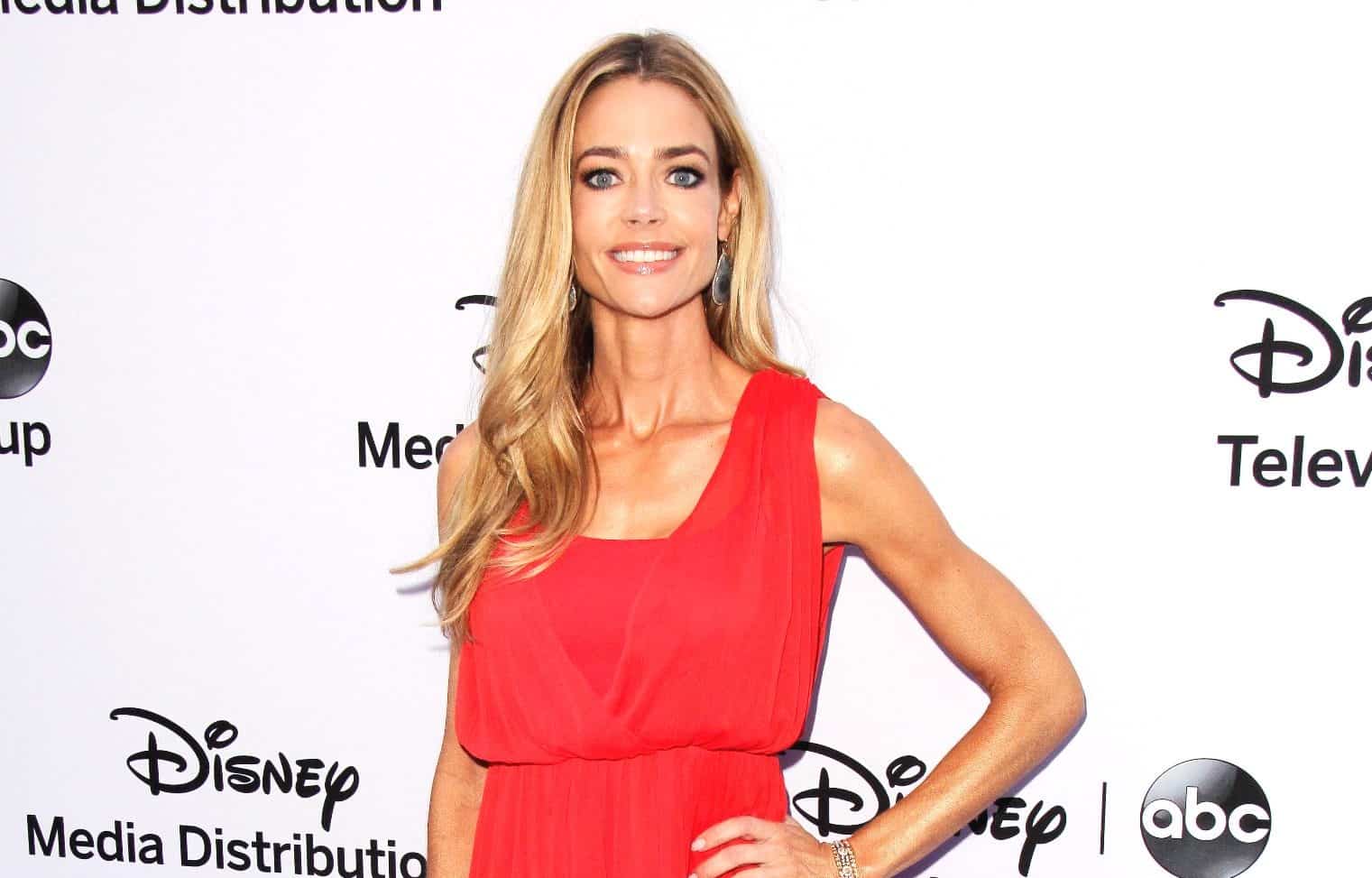 Denise Richards is currently living in a rented Malibu beach house after being displaced by the Woolsy Fire in Los Angeles.

After the deadly fire ravaged her beach town, leaving Denise, her husband, Aaron Phypers, and her three daughters, unable to go back to their previous home, the newest addition to Real Housewives of Beverly Hills is reportedly spending around $17,500 per month to rent a three-bedroom, three-bathroom home nearby.

According to Variety, the home boasts 3,100 square feet of open living space and plenty of stunning oceanfront views of the Pacific.

In addition to the three bedrooms and three bathrooms inside the home, Denise and her family will also have access to a detached guest house, which includes one bedroom and one bathroom.

Between the main house and the guest house is an interior courtyard, which has been outfitted with a wooden table and eight chairs.

As the report explained, Denise previously lived in a home in Hidden Hills, California, which she purchased for $4.4 million after splitting from ex-husband Charlie Sheen.

Although Denise spent a ton renovating the sprawling mansion in the years that followed her 2007 purchase, she was unable to unload the property after listing it at $7.75 million. Instead, she was forced to lower the price on a number of occasions before ultimately selling the home for just over $4.6 million earlier this year.

Ironically, it was John and Gloria Gebbia, the former in-laws of ex-Real Housewives of Beverly Hills star Carlton Gebbia, who bought the property.

While The Agency was listed as the company behind the listing on Denise’s new rental home, it is unclear if the actress worked directly with Mauricio Umansky, the husband of her Real Housewives of Beverly Hills co-star Kyle Richards, who owns the firm.

A description of the rental home is as follows:

“A combination living and dining room spans the width of the house with a minimalist raised-hearth fireplace, bright white walls, chocolate brown floor tiles and full-height glass sliders that open to a partly covered oceanfront terrace with a raised sunbathing deck. Clerestory windows fill the slender, all-white galley kitchen with ambient natural light; the second-floor master suite features a vaulted, exposed-wood ceiling, a fireplace and a wall of glass sliders to a private deck with panoramic views up and down the mountain-ringed coastline.”