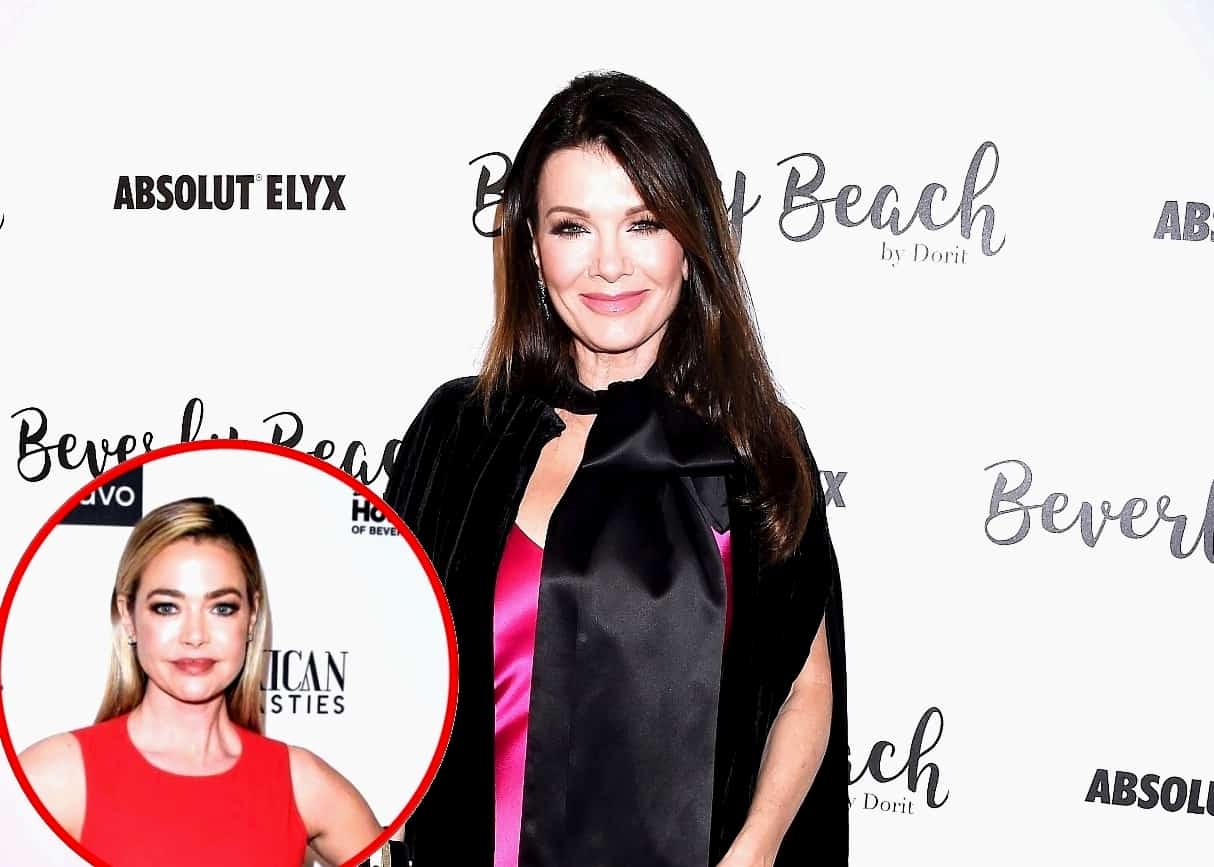 The Real Housewives of Beverly Hills star Lisa Vanderpump may have changed her tune about fellow castmate and ally Denise Richards since the first two parts of the season 9 reunion aired.

While newbie Denise began the season attempting to remain neutral regarding the Puppy Gate feud involving Lisa and the rest of the cast, she appeared to have taken sides once the show started airing and even called on Lisa to apologize to the cast during an interview in May. Also, Camille Grammer revealed during the reunion that Lisa was upset about Denise’s conversation with Brandi Glanville during an episode this season, which featured Brandi bashing Lisa.

Earlier this year, Lisa had revealed she and Denise were still on speaking terms, but she recently changed her tune this month when she revealed Camille was the only co-star she was still speaking to.

And just days ago, on Twitter, Lisa made it clear that she feels Denise turned on her. A fan tagged Lisa in a tweet that read: “[Denise] Lisa was so kind to you. Why did you get on the nasty train and rode over her? Your turn will come. Kyle [Richards] sells out her family for $ & fame. She will sell you out too.”

Lisa agreed with the response, writing, “I know I liked her..oh well.”

I know I liked her..oh well.

But the Tweeting didn’t stop there. The following day, more fans appeared eager to give Lisa advice on how to handle the ‘housewives’ attitudes towards her. On July 26th, one fan insinuated that producers should take Kyle off the show for all her “lies.”

The dog-obsessed housewife agreed and tweeted, “Yep I’m tired of the lies, it’s been so hurtful especially this year. But I know who they are now.”

Yep I’m tired of the lies,it’s been so hurtful especially this year.
But I know who they are now.

Then another fan got in on the action. “With respect, I still don’t understand why you continue to follow Kyle & [Lisa] Rinna on Twitter – in view of how you have been treated, it would make more sense to me if you stopped following them. #ActionsSpeakLouderThanWords”

“Excellent idea….will get to it,” the Vanderpump Dogs owner wrote.

Excellent idea….will get to it

Finally, Lisa also reacted to some claims made by her former friend and co-star Brandi during her podcast on Friday. During the broadcast, Brandi stated that she had just been told she would not be returning to the RHOBH next season because the producers of the show did not want to upset Lisa.

It’s safe to say Lisa was a tad skeptical about Brandi’s comment.

“[Brandi] said that they were going to bring her back next season but they can’t do anything to upset Lisa Vanderpump,” a Twitter user wrote to Lisa.

“Can’t do anything to upset me!? Geez that was them being kind? Now I’m really scared,” Lisa responded on July 27.

Can’t do anything to upset me!?
Geez that was them being kind?
Now I’m really scared.