Home Flipping Out Flipping Out’s Jeff Lewis Gives an Update on His Relationship With Gage Edward After Reaching a Temporary Custody Arrangement for Daughter Monroe, Plus What Went Down in Court

Flipping Out’s Jeff Lewis Gives an Update on His Relationship With Gage Edward After Reaching a Temporary Custody Arrangement for Daughter Monroe, Plus What Went Down in Court 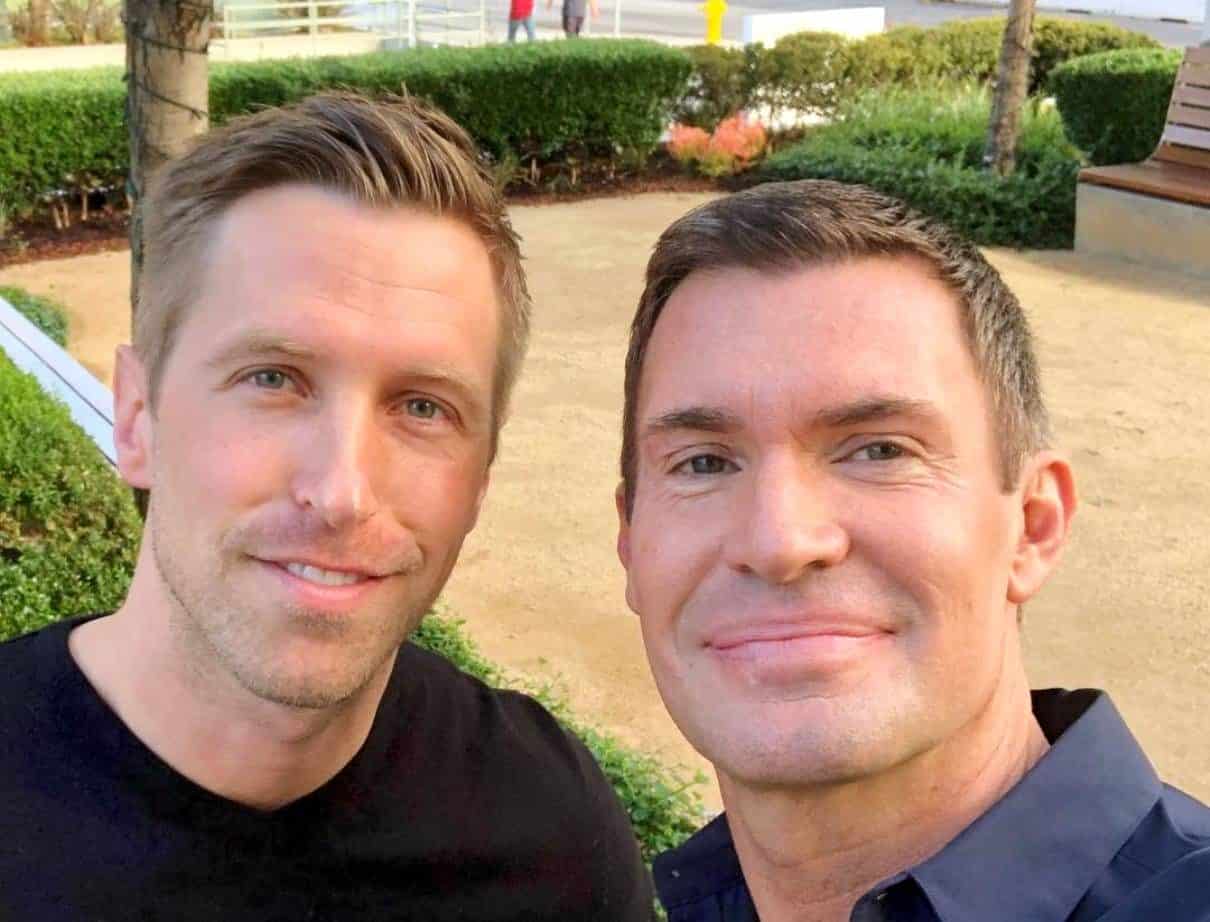 Jeff Lewis is sharing a surprising update on where he stands with his former partner Gage Edward after the exes reached a temporary custody agreement for their two-year-old daughter, Monroe.

Months after the Flipping Out cast members called it quits following a 10-year relationship, they appeared in a Los Angeles Superior Court, where they put their personal issues aside and made a temporary arrangement for Monroe during a private mediation session.

“What was not a good time was court yesterday. Gage and I went to court, but I wanna talk about the positives here,” said Jeff on the August 8 episode of his SiriusXM series, Jeff Lewis Live. “Gage left his inner child at the apartment. Now, I have to say Jeffrey did drive with me to the courthouse … I had a very hard time keeping him in the car, but I did keep him in the car.”

“Jeffrey” is what Jeff calls his inner child. And while Jeff appeared to be in a bad place with Gage days prior to their court meeting, Jeff revealed as he and Gage sat separately in court for over an hour waiting for their case to be heard, he had a wake-up call as he listened to the other cases in court that day.

“I start listening to the cases, and we’re talking domestic violence, they call it DV cases, child abuse, child endangerment,” he recalled. “Gage and I are in nice suits, sitting there with our $600-an-hour attorneys and our lattes. And I’m listening to this s–t, and I’m like, ‘We’re douchebags.’ Because I’m going to be up there, ‘He picked her up from breakfast at 8 a.m. and not 10 a.m.’ and this woman’s like, ‘He beat me! He took the kids!’”

“You really start to put things in perspective,” Jeff continued.

Ultimately, Jeff and Gage decided to take matters into their own hands in court, and they were able to reach a temporary agreement.

“The attorneys started going back and forth,” said Jeff. “Finally, as we were sitting in the courtroom, I was like is there anyway Gage and I can talk without you guys? And Gage agreed… Gage was like the old Gage… We were able to sit down like adults. We were able to talk things through and we came up with a temporary schedule that worked for both of us.”

Following the agreement, Jeff shared that things are much better with Gage these days, just weeks after referring to their custody battle as “ugly.”

“We were kind of like laughing a little bit. I think he had sent me a text later like ‘I really appreciate it’ and I said I appreciate it,” he told his listeners. “And then, I had texted him later in the evening about other things. So things at the moment are really good.”

“I was very much relieved because my biggest concern is Monroe and I feel like this schedule works for her,” Jeff concluded.

Jeff and Gage are seeking joint legal and physical custody of Monroe. They will return to court on October 3 to decide on a permanent agreement.