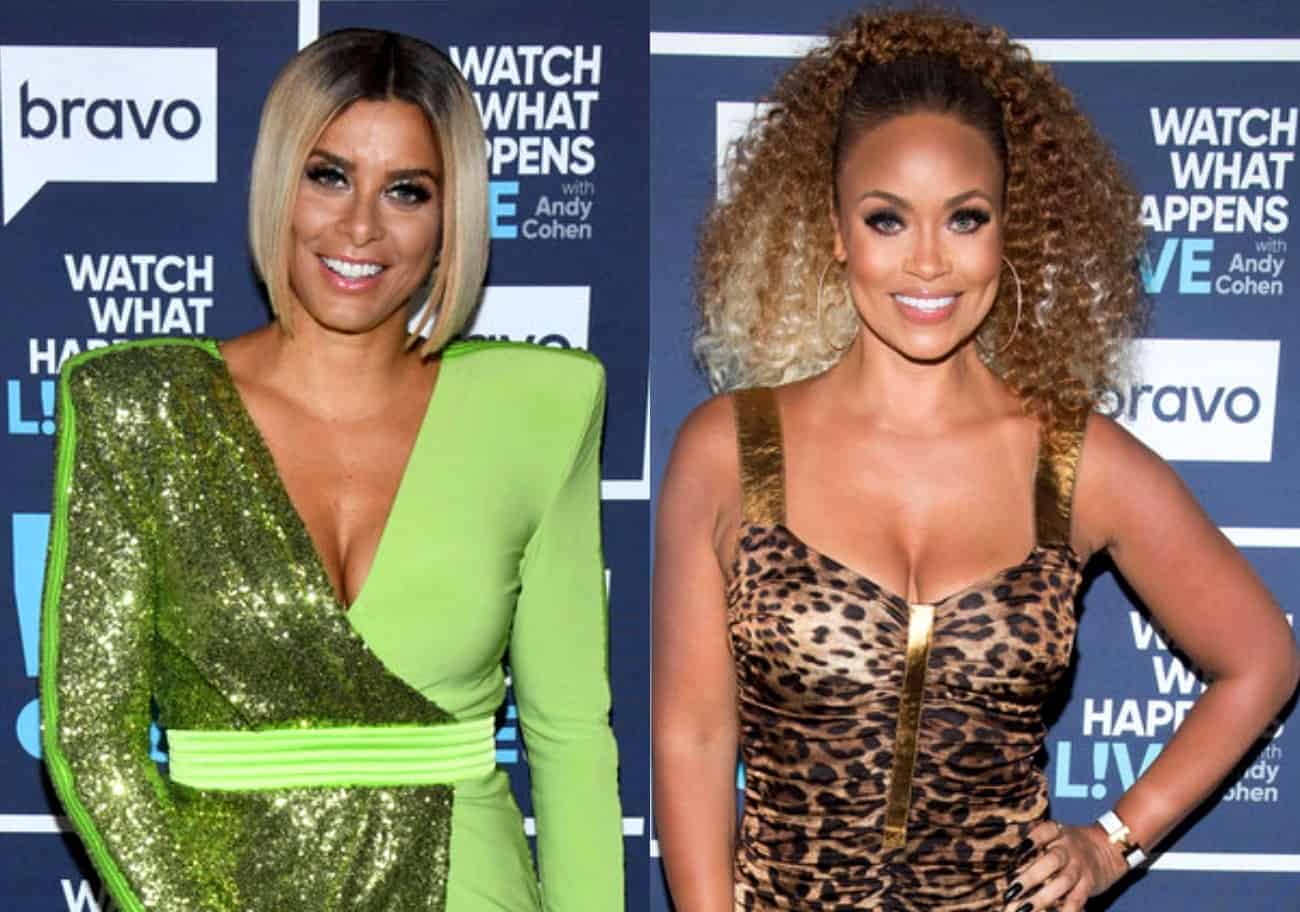 The Real Housewives of Potomac star Robyn Dixon is speaking out about costar Gizelle Bryant‘s explosive entrance at her open house. Plus, get a sneak peek below at the housewives’ sultry reunion looks.

When it comes to the Potomac housewives, there’s never a dull moment — even if that means stirring up drama at Robyn’s seemingly innocent open house. Things definitely got explosive during last week’s episode of RHOP when Gizelle decided to confront Monique Samuels, over an accusation that Monique was gossiping about her, as she walked in the door.

In the episode, Robyn was visibly mortified by her friend’s behavior, saying, “It was so embarrassing and not acceptable” during her one-on-one interview on the show.

And while the Bravo star is close friends with Gizelle, she couldn’t help but point out how disappointed she was in her behavior on Bravo‘s After Show. According to Robyn, she would have preferred if Gizelle came in acknowledging how hard she had worked instead.

“When it was happening, I was like, hello, welcome, you know, are you proud of me?” Robyn told Gizelle who was sitting beside her in the interview.

“You walked in and you were like, ‘Where’s Monique?!'” the reality star said jokingly to Gizelle. “So it could’ve been like — let’s rewind it — you could’ve walked in like, ‘Oh my God, congratulations, this looks great, let me look around, great, blah, blah, blah.”

On the After Show, Gizelle explained why she chose to verbally attack Monique the way she did. “I wasn’t planning on confronting [Monique] like that,” the Bravo star explained. “But just her speaking to me in such a phony way just sent me over the edge.”

But after hearing how much it upset her good friend and costar, Gizelle realized that perhaps she shouldn’t have reacted the way she did. “It was very bad, it was not the time or place,” the 48-year-old housewife admitted.

While last week’s episode (and every episode, quite frankly) of RHOP was jam-packed with drama, this season’s reunion will have viewers’ heads spinning. The reunion may still be weeks away, but that’s not stopping Bravo host Andy Cohen from whetting RHOP fans’ appetites with what to expect.

After a fan asked Andy about how the filming went for the RHOP reunion on Twitter, the Watch What Happens Live host teased, “GREAT!!!! BIG. Drama. Funny. 3 parts.”

And if you’re still itching for more details about how the reunion went down, thank this RHOP fan page which tweeted a sneak peek of the housewives’ matching lacey white get-ups they were donning during filming.

Also at the reunion was Candiace Dillard‘s mom, Dorothy.

Stay up to speed on all the Real Housewives of Potomac drama every Sunday at 8 P.M. on Bravo TV.