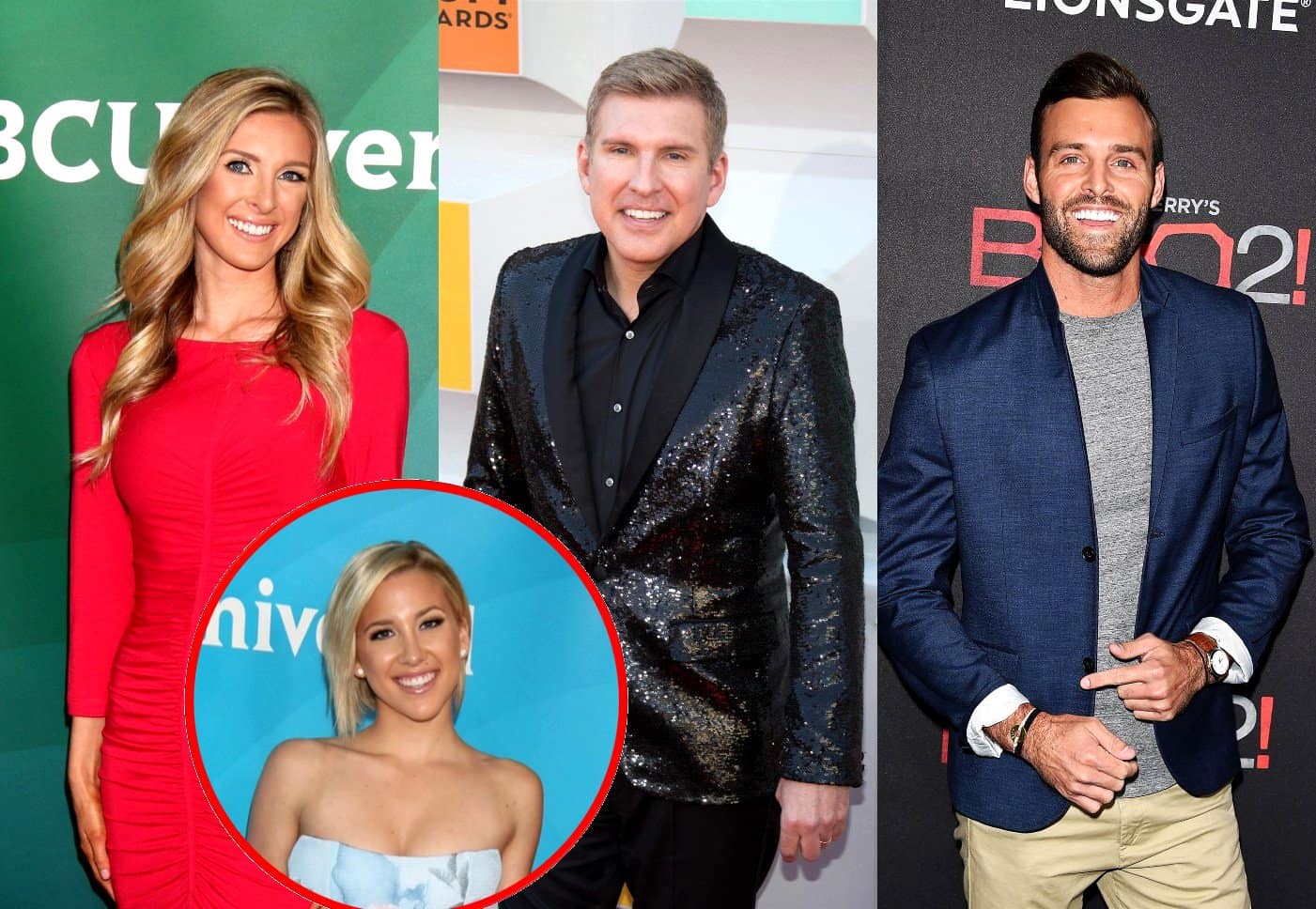 According to a new report, Robby is claiming he has damning evidence against Todd. He recently submitted evidence to the U.S. Attorney’s Office that he believes will prove Todd and his son, Chase Chrisley, threatened him and Lindsie.

“At this point, this is all frustrating and this sex tape situation has been held over my head before. Hopefully all wrongdoings come to light,” Robby, who submitted an affidavit on Thursday, said in a statement to TMZ.

Earlier this month, Lindsie filed a police report accusing family members of attempting to extort her with the alleged sex tape and trying to convince her to lie about the tax evasion scandal her parents are currently facing. A short time later, Lindsie submitted her own evidence, including a tweet from Todd in 2017, which included the hashtag “#thxgodforpuppycams.”

As TMZ explained, Todd’s tweet is significant to Lindsie’s case against him because Robby publicly revealed that while he and Lindsie did not make a sex tape, he and the former reality star “got caught” on a puppy camera “in her friend’s living room.” That said, the apparent owner of the puppy cam was contacted by the feds and informed them that there is no tape of Robby and Lindsie engaging in sexual activity.

A rep for Chase also denied the sex tape’s existence and added that Chase has never made any extortion threats against Robbie.

As for Todd, his spokesperson told TMZ he is cooperating with the investigation and has “nothing to hide.”

In response to the drama between Lindsie and the family, Lindsie’s sister, Savannah Chrisley, has taken a clear stand against her.

“I stand behind my mom and dad. I know how they’ve raised us and the values they taught us,” she told Entertainment Tonight on August 25.

According to Savannah, she believes Lindsie made up the sex tape story in an effort to extend her fame, and she will never forgive Lindsie for her claims against their dad.

“If anything, [Todd] would try to help her, because that is something you should be embarrassed about. It’s extremely sad that my dad has a child of his that’s trying to make his life so miserable because she wasn’t on the show and didn’t get the attention that she wanted,” she continued.

“It’s sad, but the truth always wins,” Savannah added. “I do love her, I wish nothing but the best for her, but she needs to focus on herself instead of trying to tear other people down.”

As for Todd, he has denied Lindsie’s claims while also accusing her of having relationships with two former Bachelorette stars.

“It’s heartbreaking and shameful that these kinds of accusations have to be aired in public. We have tried to keep Lindsie’s extramarital relationships with Robby Hayes and Josh Murray private for her sake since August of 2016,” Todd stated in a statement to Access Hollywood.

He continued, “Sadly, for reasons we can only guess at, she ran to the sheriff’s office to accuse her brother of buying a sex tape of her and Robby, which was a complete lie, and now she’s telling more lies about me. Although our hearts are broken, Lindsie is our daughter and we will always love her.”